As the winter continues, Weezer brings a chilling and contemplative new album. 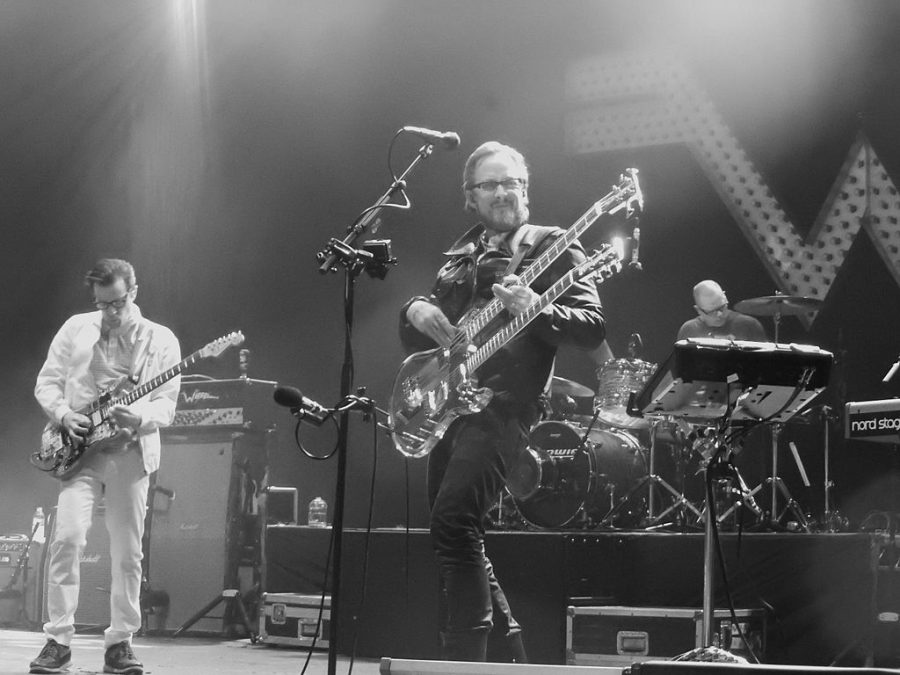 An iconic ‘90s band, Weezer is well-known for their upbeat, catchy lyrics, as well as their appearances in a variety of pop culture sources. Whether it be “Island in the Sun” from the nostalgic kids movie “Aquamarine” or more recent releases, such as their rendition of “Lost in the Woods” from “Frozen 2,” Weezer has diversity in their work, both old and new.

The band recently released “OK Human,” an album that not only helps to unpack deep human emotion, but also the joy, oddity and creativity that can be found in darkness, nature and the muddled existence of being a human.
HUMOR AMIDST TRAGEDY
During a difficult time, Weezer reflects on the complex emotions many are certain to be experiencing, while allowing levity and humor to break up the intensity of the lyrical themes in “OK Human.” Weezer returns with a distinct voice, one that is innovative, timely and nodding to their past style in their most recent release “OK Human.”
A BIRD, BOOK REFERENCES AND A DOSE OF DEPRESSION
“Aloo Gobi” depicts a contrast between depression and absurdity when lead Rivers Cuomo sings, “same old dull routines…life has lost its flavor.” But between these heavier themes, Weezer implements a great deal of silliness and humor but also provides hope by promising listeners that they are not alone in the pain and suffering described in this song—depression is a shared human experience.

“Grapes of Wrath” is much more upbeat and whimsical, though the lyrics provide the same tragedy and confusion. This song takes a literary perspective on life, making connections to a number of classic books and using them to illustrate the pain and denial described, while also referencing modern culture. This song makes a number of intriguing pop culture references intertwined with commentary on both life and bad decisions, proving relatable and fascinating for listeners.

The most memorable song from the album, “Bird with a Broken Wing,” is told from the perspective of a metaphorical bird, with the singer telling a story about pain and aimlessness. The writer sees life from the view of a bird—broken and meaningless, yet free. Unique and calming, this song challenges audiences to see life differently and to better understand this aimlessness as universal, something even nature experiences.

Weezer ends the album with a more joyful message, one of hope and carefree abandon. “Here Comes the Rain” celebrates the messiness of life and the opportunity to appreciate nature, to dance and embrace the rain and trials of life with the knowledge that “it’s gonna wash [your] troubles away.” Much different from the other songs on the album with its divergent point of view, this addition gives a passionate end to the album that includes the trials covered on the album, but encouraging listeners to embrace tragedy and make the most of everything that comes their way—even the rain.