The Bernie Sanders meme was right on time

Once again, the internet has lived up to its potential by encouraging creative antics while simultaneously helping those in need. 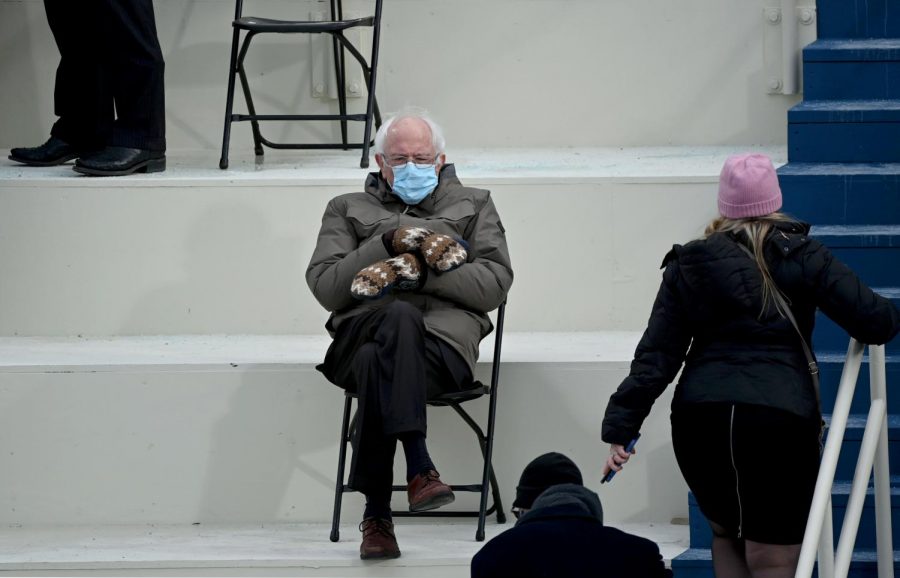 There is only one man on earth who has eaten “Lunch Atop a Skyscraper,” attended Bella and Edward’s wedding, sat in on Will and Jada Pinkett Smith’s Red Table Talk and been to the moon—all in the matter of a week. And that man is Sen. Bernie Sanders.

Everyone from celebrities to theologians, to politicians to everyday people have hopped on the “Bernie Sanders inauguration meme” trend, photoshopping him in absurd and playful positions and contexts.
IT WAS RIGHT ON TIME
The Sanders’ meme came at a time when the world was forced to stay connected through social media, which has provided ample opportunity for new, entertaining internet sensations. Most people can agree: 2020 was unhinged and unprecedented, and we were glad to be rid of it. But so far, 2021 has not been too much better. It is safe to say a lot of people just need to laugh, and Bernie—bundled up and looking a bit drained behind his crooked mask—is just the relatable meme we all needed.

Amid the crowd at the inauguration on Jan. 20, Sanders was photographed sitting alone with his arms folded, legs crossed and sporting a statement pair of large, fuzzy mittens. Once he realized the photo of him had gone viral, he disclosed that the mittens were “made from repurposed wool sweaters and lined with fleece made from recycled plastic bottles,” according to CNN. Their creator, Jen Ellis, is an elementary school teacher in Vermont and is now auctioning off three more pairs of mittens.

This trend will end as they all eventually do: gradually, as the general population loses interest and new trends emerge. But while trends and memes are here, they have the potential to dynamically leave their mark.
THEY CONNECT US
The term “meme” was created in 1976 by English scholar Richard Dawkins, who said that memes need longevity and the ability to be quickly copied in order to go viral. Our current global, technological and political climate was the perfect breeding ground for Sanders to go viral because there is one more important factor: relatability. Desperate for connection, people are finding comfort in relating to one another through this comedic common-ground. In addition to being a familiar figure to many Americans, Sanders’ posture is easy to empathize with.
USED FOR A PURPOSE
Sanders has also used his meme as an opportunity to do good. On Jan. 21 after the inauguration, Sanders put his inspired “Chairman Sanders” merchandise online. The collection included T-shirts, sweatshirts and stickers, and sold out in less than 30 minutes. $1.8 million in proceeds were donated to charities in Vermont, Sanders’ home state.

Such charities include Vermont community action agencies, Feeding Chittenden, Chill Foundation and Meals on Wheels throughout Vermont. In addition to the mittens he wore, a crocheted doll of Sanders has since been auctioned off online, and Burton Snowboard donated 50 jackets to the Burlington Department for Children and Families in Sanders’ name.

His light-hearted attitude and purposeful use of his meme is a much-needed glimpse of humanity within such a divided political climate. This meme is a gift that keeps on giving. And at a time when so many are in need, the real winners are the countless families that will now be able to put food on the table. This is a beautiful illustration of the power of social media used for good.