The narrative around domestic terrorism must change

A collective lack of seriousness surrounding domestic terrorism is dangerous in more ways than one. 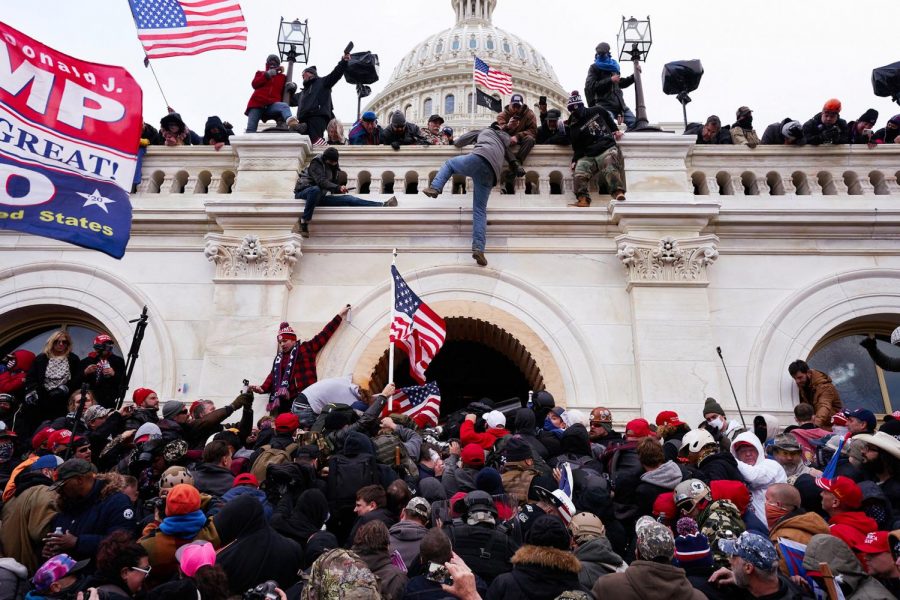 Within a period of two weeks, Nashville, Tennessee was bombed and the United States Capitol was stormed by enraged protestors. Despite numerous fatalities and the violent destruction of property on both accounts, officials hesitate to label either as domestic terrorism. It is this same hesitation that prevented the National Guard from protecting the Capitol and perpetuates terrorist stereotypes.
FIRST, DOMESTIC THREATS MUST BE TAKEN SERIOUSLY BY OFFICIALS
As proved by the bombing in Nashville and the riot at the Capitol, domestic threats cannot be disregarded. The Capitol Police knew there would be white supremacists and militia groups with firearms at the protests. The protest had been planned for weeks and had even been given the name “The Wild Protest” by far-right extremists. Although Steven Sund, the U.S. Capitol police chief at the time of the riots, requested the Capitol Police Board to declare a state of emergency and enlist the help of the National Guard, his requests were denied and law enforcement was left ill-prepared.

However, it is impossible to say that far-right extremist groups have been neglected by law enforcement altogether. In October, two militia groups faced charges for plotting to kidnap Michigan Gov. Gretchen Whitmer.

But in 2019, when law enforcement reportedly received warning about Anthony Warner, who has since been identified as the Nashville bomber, little action was taken to investigate the claims. Both instances expose the tendency to underestimate the actions of fellow American citizens. Further, their hesitance to take action against domestic threats is not reflected in their stance against international terrorists.
INTERNATIONAL ACTION
Most Americans think of 9/11 when they think of terrorism. The fear tragedy instilled in the United States spurred unfortunate discrimination against Middle Eastern people and new security measures. Within the first 10 days after the destruction of the Twin Towers, there were nearly 600 attacks on people of Arab and Muslim descent, including mobbing a Chicago-area mosque and the murder of a Pakistani grocer.

The offenders of 9/11 became the new face of terrorism, despite that between 1980 and 2000, the FBI found that 247 of 335 acts of suspected terrorism were commited by domestic terrorists. That Middle Eastern picture of terrorism does not measure up to the reality, which may look more similar to the events of Dec. 25 and Jan. 6.
COMPASSION FOR OUR ENEMIES
These statistics are alarming. It is far easier to point fingers at someone with a different skin color, language, belief system and political party than to hold a fellow American accountable for their actions. Finding common ground with an offender brings out empathy and understanding, even in the instance of criminal action. Although empathy is not wrong in and of itself, it cannot be at the cost of justice.

Maybe the storming of the Capitol was the wake-up call America needed. On Jan. 19, the Domestic Terrorism Prevention Act of 2021 was introduced in the House of Representatives. According to a press release from U.S. Rep. Fred Upton, this act “would strengthen the federal government’s efforts to prevent, report on, respond to and investigate acts of domestic terrorism.”

Like America called a war against terrorism after 9/11, the U.S. is once again taking action against threats previously overlooked. This in and of itself may change the narrative around terrorism because it is the narrative that must be changed—not just the force used against it.
CHANGING THE NARRATIVE
Until Americans realize that they face as much danger from their neighbors as from other countries, appropriate action will not be taken to protect the American people. The protection required is not only physical—it is the protection against stereotypes.

By rightfully labeling terrorism for what it is, Americans can stand up for peaceful Muslims and stand against those who take the First Amendment too far. Terrorism is not defined by a group of people and their beliefs, but by the violent actions people take to achieve their goals. Democracy cannot be maintained if we consider violent domestic threats an expression of American freedom.