This new pop musician gained attention from celebrities and fans all over the world and continues to break records with new song. 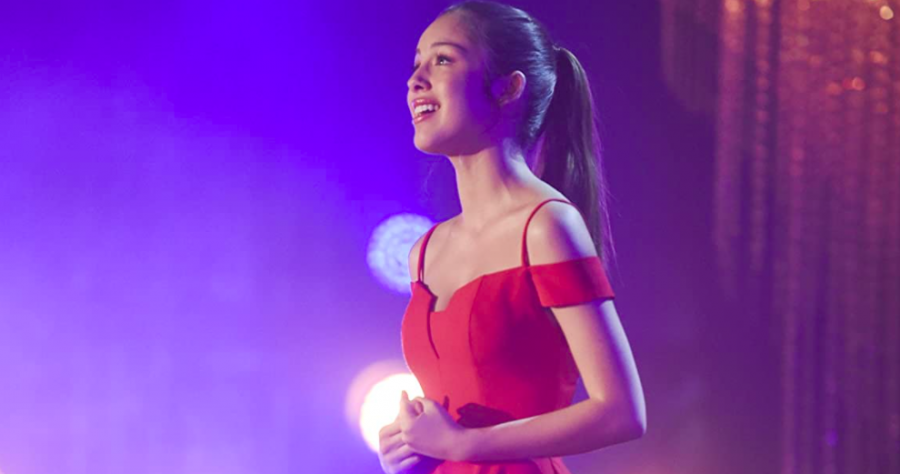 “Drivers License” debuted at No. 1 on the Billboard Hot 100  chart for two weeks, drew 76.1 million listeners across the world, set Spotify’s platform records for most streams in a week and gained recognition from several people in the entertainment industry. Here is how that happened.
RECOGNITION AND RECORD BREAKING
Disney Channel breakout star Olivia Rodrigo started out on Bizaardvark in 2016, quickly changing platforms to Disney+ in 2019 to star as Nini in High School Musical: the Musical the Series, which she wrote and performed songs for.

Co-star Joshua Bassett from the High School Musical series challenged her to write a song everyday during quarantine. Out of this came her first official single “driver’s license” was written and released on Jan. 8, gaining worldwide credibility.

Niall Horan, former member of One Direction, reached out on social media to show his appreciation, Cardi B and Grayson Dolan posted on Twitter about how they related to the song, and her inspiration Taylor Swift commented on her Instagram post, “I say that’s my baby and I’m really proud.”
TAYLOR SWIFT PAVED THE WAY
Swift was a top inspiration for Rodrigo in her writing process. In 2020, Swift released albums “folklore” and “evermore,” full of stories inspired by her own life, movies she watched during quarantine and imaginary tales. “Driver’s License” has a similar feel and emotion as Swift’s recently popularized writing style.

In an interview with The Official Big Top 40, Rodrigo explains how she has always been a major fan of Swift. At only four years old, one of the first songs she remembered listening to was “Picture to Burn” and would write songs about pickup trucks to be like Swift.

Throughout Rodrigo’s Instagram there are also many pictures of herself repping Swift’s merch, quoting her song lyrics and referring to Swift as “mom.”
LOVE TRIANGLE
One of the reasons many fans have become so invested in the song is the rumored love triangle that it details. In High School Musical the Musical: The Series, Rodrigo’s co-star Joshua Bassett, who played Ricky Bowen, Nini’s previous boyfriend, is who many think the song is about.

Joshua Bassett shared a song on Instagram called “Do It All Again.” One of the lyrics goes, “We weren’t perfect, but you were worth it all / if it were my call, I’d do it all again.”

One of the defining lyrics in “Drivers License” is, “I know we weren’t perfect, but I’ve never felt this way for no one.”

Many signs point to Joshua Bassett as the main subject of the song. When Rodrigo sings, “You’re probably with that blonde girl” in the second verse, could refer to Joshua Bassett’s new girlfriend Sabrina Carpenter. Bassett also wrote songs with Rodrigo on the set of High School Musical the Musical: the Series, such as “Anyone Else,” which many believe was written about Rodrigo. These songs can be directed to Rodrigo’s lyrics, “Guess you didn’t mean what you wrote in that song about me.”

To make things even clearer, Carpenter released a new song called “Skin” two weeks after Rodrigo’s release. This song is seen as a petty comeback to “Drivers License,” in which she sings in the first verse, “Maybe “blonde” was the only rhyme.” Carpenter sings in the pre-chorus, “But you’ve been tellin’ your side / So I’ll be tellin’ mine.” The chorus concludes with, “You can try to get under my skin, while he’s on mine, all on my skin,” which has left many fans upset.

Even though the lyrics point toward Bassett, in an interview with Billboard Rodrigo says, “I totally understand people’s curiosity with the specifics of who the song’s about and what it’s about, but to me, that’s really the least important part of the song.”

Audiences look forward to her EP release in 2021, sure to bring more musical genius.