The American Church has cheapened the incarnation

By insisting that the tree and the manger belong in the same celebration, Christians have done damage to their reputation. 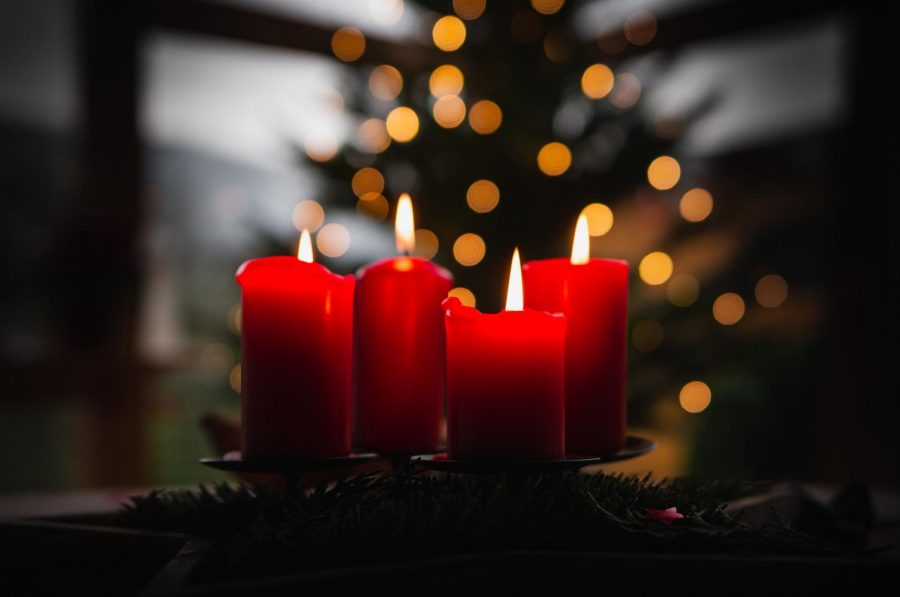 Courtesy of Max Beck from Unsplash

Imagine if a large portion of the world celebrated your birth by giving gifts to one another, not you, six months after your actual birthday. And they combined it with a bizarre assortment of cultural customs, like stringing lights on trees and singing songs about chestnuts and snowmen. All of this despite the fact that birthdays are not considered a cause for celebration in your culture. That is, essentially, what we have done to Jesus.

Christmas trees stand tall over Nativity scenes in churches around the nation. The Church has combined two stories, telling them as one: we give gifts to one another beneath the Christmas tree because God gifted us with Jesus. But historically, “Jesus’ birthday” had nothing to do with the frenzied consumerism it has become today.

American Christmas as we know it today has evolved over centuries, but many Christians in the United States insist that Jesus’ birth and the traditional holiday belong together. The “most godly” thing to do during this time of year is to give to charity, focus on “the true meaning of Christmas” and be generous as God was generous with us by giving us Jesus.
HOW IT STARTED
Many religions attribute the days surrounding the winter solstice to be the birthdate of their God, and Christians are no exception. Saturnalia was an ancient Roman holiday dedicated to their sun god, Saturn, and it was celebrated around the winter solstice, usually Dec. 17-23. The Roman Empire also celebrated the rebirth of their sun god Sol Invictus on Dec. 25 in the third century. Late December was a time of celebration, and after Emperor Constantine’s conversion to Christianity between 306 and 312 B.C., Constantine made Christianity the official religion of the empire. Christians had political power for the first time.

As it was not tradition to celebrate birthdays in early Judaism, we do not know the days that David, Abraham or Jesus were born. What was more important to them was one’s death. That value can be seen throughout the scriptures, and as such, nowhere in the Bible does Jesus tell us to remember his birth. He tells us to remember his death and resurrection, and that he will come again one day. Since the majority of the early Christians were Jewish, this tradition carried on.

However, a holiday to mark the birth of Jesus, celebrated by the church in Rome, took place for the first time during Constantine’s reign on Dec. 25 in 336 B.C. There is evidence to suggest that “choosing this date had the political motive of weakening the established pagan celebrations.” There is a strong possibility that we ended up with this date because religious leaders wanted to Christianize pagan holidays. Before that, Jesus’ birth was not celebrated by early Christians.
HOW IT’S GOING
From this perspective, it is possible to conclude that the Church hijacked this pagan holiday for the sake of having more control over the empire. But the Church’s goal should never be to gain political power, not then and not now.

Despite these origins, Christians today insist that Jesus belongs in the holiday. “Keep Christ in Christmas” is a common rallying cry, often in direct opposition to “happy holidays,” which they believe erases the presence of our savior. The spirit of the holiday has made it extremely difficult to focus on Jesus, for adults and children alike. But the fight to keep, or “put Christ back in” Christmas is an uphill battle we were never meant to fight.

The holiness of God and the birth of Jesus are made cheap by our feeble attempts to keep him at the focus of a holiday that was not his in the first place.
HOW WE CAN CHANGE
Instead of trying so hard, we should focus on God’s display of love through the incarnation itself, and what it meant for the God of the universe to come near to us in human form. Yes, the story of Jesus’ birth is remarkable. We should not forget it. But when we celebrate a friend’s birthday, we don’t tell the same story of their birth every year, all day. We think about how far they have come in their life, what they mean to us and we dream with them about the future.

A beautiful way to do this is to intentionally separate these two narratives from each other and celebrate each for what they are—Christmas, a pagan holiday, and the incarnation: God’s love in human form. Practically, you could modify Advent traditions to serve the purpose of helping you to remember the coming of Jesus and how he will come again. Since Christmas and even Advent are both man-made holidays with no biblical mandate, no one is more or less of a Christian if they choose not to celebrate them.
O COME, O COME IMMANUEL
The supposed “war on Christmas” we see now is simply the holiday reverting back to its original design: a season dedicated to indulging in whatever makes you feel good. Plus, “happy holidays” is more inclusive of those who do not celebrate Christmas. It is not religious persecution.

Jesus never was “the true meaning of Christmas,” and that’s OK. Followers of Jesus in the United States should give the incarnation the holy space it requires—every day of the year. Because God deserves better than our seasonal busyness, consumerism and historically pagan traditions.