His latest release, accompanied by an interactive video game and Netflix documentary, leaves nothing undiscovered. 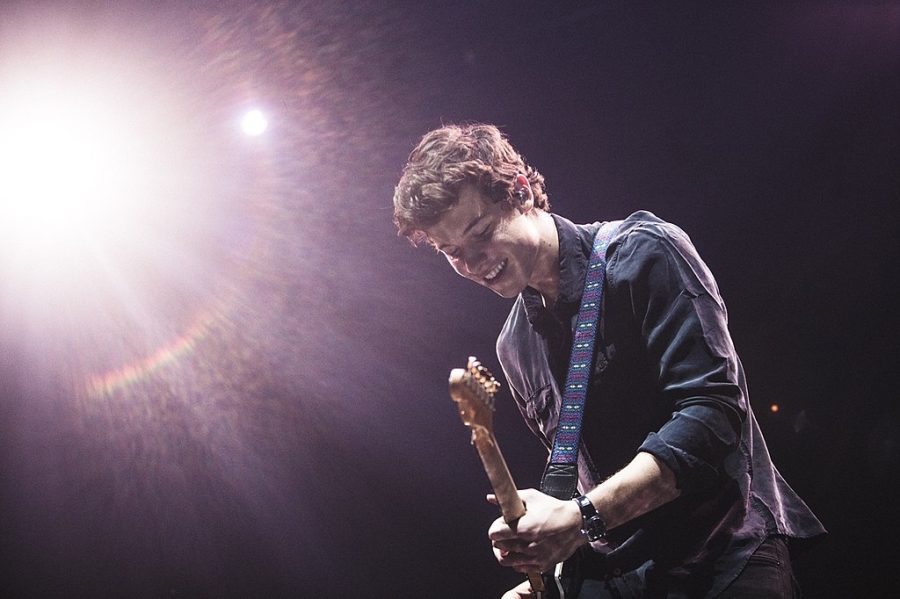 On Dec. 4, Shawn Mendes released his fourth studio-length album titled “Wonder,” breaching a new level of sonic exploration. It is a visit into the uncertainty and undeniability of love, the first album that does not speak almost exclusively of it being unrequited.
SHAWN MENDES IN WONDER
One of the biggest shocks of the first quarantine wave in celebrity gossip this spring was the newfound relationship between Camilla Cabello, formerly of Fifth Harmony, and Shawn Mendes, after what had been a five-year friendship. This personal development informs the whole album, which acts as a love note to her. In the Netflix documentary, “Shawn Mendes: In Wonder,” Mendes explains that every song he has ever written is about her.

Ballad-heavy and highly synthesized with hints of classic rock, the album is a sonic wonderland that never fails to surprise. Mendes’ stadium-ready vocals float above intricate and moving bass lines, while his signature phrasing and style remain intact. Especially good is “Dream,” which lacks driving rhythm for the first half, and then drops into a perfect, layered landscape. It sounds like a beach sunset, a deep forest and like it is lifting into the air all at once. Mendes continues to break his typical, monochromatic songwriting methodology on “Piece Of You” which nods to disco-funk popularized by Tame Impala. “Look Up At The Stars” displays similar patterns, the sound almost completely changing one minute in.

An encouraging positive evolution, “Wonder” is evidence that Mendes is a growing artist and songwriter.
IN WONDER: THE VIDEO GAME
Alongside dropping his album, Mendes surprised fans with an interactive 360-degree video game, which was filled with themes from the album. It begins in the room that the album tease was filmed in, which leads viewers into new worlds that correspond to the “Wonder” music video and, supposedly, other tracks on the album.

The gameplay is one dimensional and tedious but lacks any redeeming symbolism other than the sporadic appearance of finches, presumably corresponding to the tattoo Mendes has on his right hand. This tattoo is traditionally given to sailors before they begin to travel, as a symbol of coming home. The goal of the game is to collect 60 points in the looped, colorful worlds that sprout off of the original room. These points are collected by clicking on these swallows or trading cards that pop up on the screen. When the player finally collects all of these points, the result is a gallery of the playing cards.
LYRICS
Though the album is nearly perfect sonically, the lyricism in the album as a whole lacks the expected depth displayed by the lead singles, “Wonder” and  “Monster (Shawn Mendes & Justin Bieber).” Mendes questions his identity and masculinity in “Wonder,” especially in a relationship. But the rest of the album is dissimilarly about the highs and lows of entering and continuing that relationship. While this holds merit, the lyrics scratch at surface-level desperation for a romantic connection, instead of questioning where that desire for a relationship comes from. The only question this album asks and answers is what it would feel like to be loved by one person, leaving audiences with a super-sweet taste in their mouths that lacks any real nutrition.

Placed clumsily in the middle of the album, “Monster (Shawn Mendes & Justin Bieber)” speaks on the pressure young stars face when they are placed on a pedestal. It doesn’t relate to the overall theme. Instead, it feels like a profit-hungry feature that detracts from the focus of the lyrics.

“What if I fall?/ Then am I the monster?” Mendes sings in the chorus.

Bieber chips in, elaborating on the importance of forgiveness for the masses and letting people think what they want to.

A good representation of the “highs” Mendes experiences during the beginning stages of his relationship with Cabello, “24 Hours” is a sweet love song that urges commitment.

“We could dance, you could throw the flowers/ It’s a little soon/ But I wanna come home to you,” Mendes sings in the second verse.

Throughout the album, it is clear that the focus is on the growing relationship between these two, which Mendes has said he has been anticipating since he was near 16. Young love turned commitment concludes this chapter in Mendes’ life, and it is up to him to see where the next one will lead.