‘Tis the season for holiday films

Prepare for the holidays with this festive watchlist. 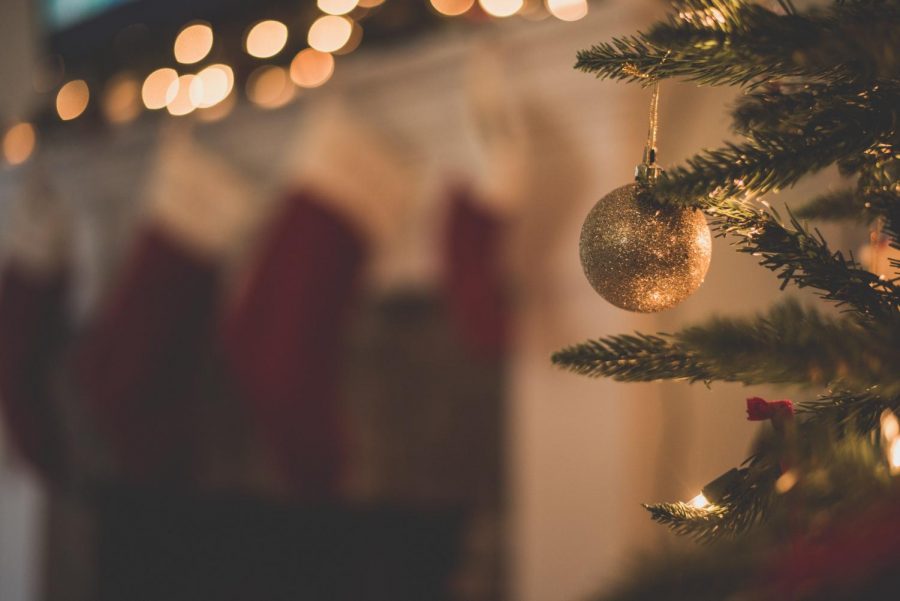 Photo by Chad Madden on Unsplash

“A Christmas Prince”
A predictable tale of an aspiring young journalist sent to report on a royal family with a reputation, this simple yet charming story is perfect for a Christmas-themed sleepover. When Amber, played by Rose McIver, bites off more than she can chew for her story, she must face the classic dilemma of following her boss’ orders or doing what she knows is right. While the story itself does not have much to do with Christmas, it remains a fun, cheesy addition to the season.
“A Charlie Brown Christmas”
Filled with wisdom, humor and bittersweet moments, “A Charlie Brown Christmas” is an enjoyable and adorable addition to any family holiday watch party. With its charming, nostalgic animation, this classic serves to remind audiences of the meaning for the season in a truly beautiful way, and is perfect to have playing in the background while decorating a Christmas tree or baking cookies.
“Last Christmas”
Another favorite for lovers of romantic comedy, “Last Christmas” follows the story of homeless Kate and heartthrob Tom’s relationship. The film is a heartwarming encouragement for audiences to live in the present and focus on the beauty of the moment. Not only that, but the film is praised for its diversity and decision to include an Asian male as the lead, a rare sight in Hollywood films.
“Santa Buddies”
Though aimed toward a younger audience, “Santa Buddies” is a classic throwback film that remains enjoyable by all audiences. The story is unique in the sense that it focuses not on Santa Claus as many holiday films do, but rather on his dog. Bringing a sense of childhood nostalgia, “Santa Buddies” provides a message about the true meaning of Christmas that is enough to melt even the hearts of adults as they stare into the eyes of tiny puppies.
“Home Alone”
Another classic addition to any holiday watchlist, it is difficult to go through the Christmas season without watching “Home Alone.” The early ‘90s film is the epitome of Christmas movies, bringing lots of humor and wit, holiday cheer and messages about the importance of family and spreading love to others. This film is perfect to make everyone in a group happy or to watch alone.
“Frozen 2”
Though not explicitly a Christmas film, what says “Christmas season” better than a snowman, a reindeer and a snow queen? The follow-up to the famous feature that gave the world “Let It Go” is a fun, epic fantasy adventure that is enjoyable for all, not to mention the realistically stunning animation, heartwarming moments and beautiful, chill-inducing additions to the soundtrack such as “Show Yourself” and “The Next Right Thing.” “Frozen 2” is worth multiple watches this holiday season.
“The Santa Clause”
This ‘90s film starring Tim Allen follows a divorced father as he attempts to find a way to connect with his younger son, and winds up becoming Santa Clause in the process. Though the film covers some more heavy themes, such as divorce, broken families and even a little bit of mental illness, these things make the film even more relatable and meaningful for some. “The Santa Clause” encourages audiences to make the most of every situation, be themselves and demonstrates how to love others well.