Celebrities overstep boundaries when telling their audience who to vote for.

Voting should be celebrated and encouraged, but not manipulating like some celebrities have made it out to be. 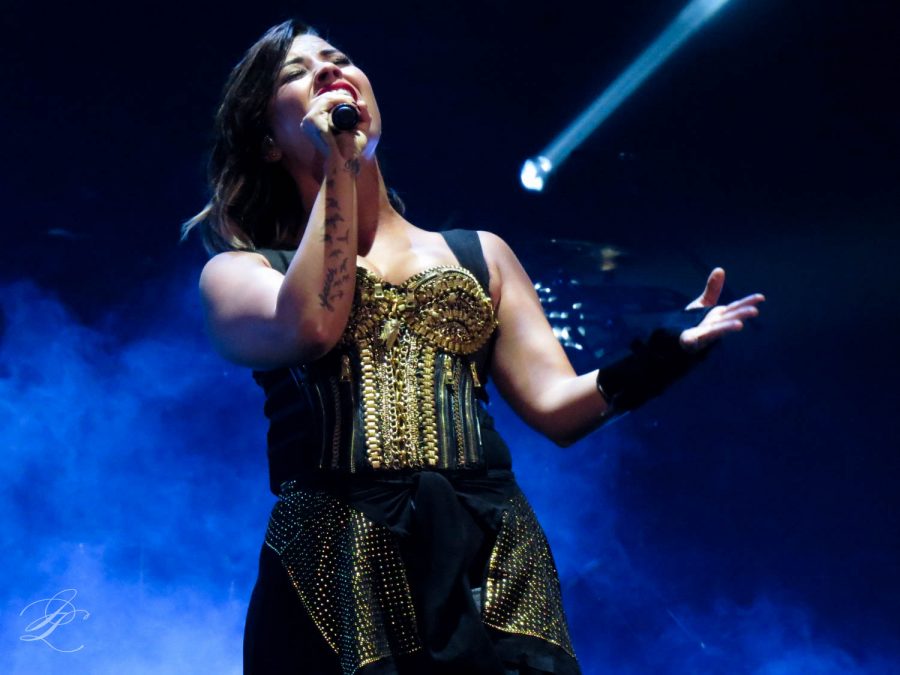 While many people in Generation Z look to celebrities to bring joy amid the hard times of the pandemic, some have taken a step back from their industries and instead have become vocal about this year’s elections. Thousands of celebrities and influencers this year have used various social media platforms to tell their audiences to go out and vote, which inspired many to do so. However, some celebrities have gone too far by telling people exactly who they have to vote for.
INSPIRED TO VOTE
Grace Morales, a sophomore journalism and integrated media major, shared that she originally did not want to vote, but the popular band Why Don’t We partnered with HeadCount.org to inspire others like herself to vote. Along with them, famous YouTuber Nezza connected with Univision, a Hispanic news company to encourage women, especially Hispanic women, to use their voice.

Celebrities and artists wanted people to feel as if their voices were being heard. Through telling people to vote, the goal was to overturn low voter turnout among minority groups.
COMMANDER IN CHIEF
While many artists decided to stay silent on who they voted for, artists such as Ariana Grande, Kanye West, Taylor Swift and Demi Lovato boldly announced their favored candidate and tried to convince their audiences to vote the same way. Lovato, an American singer, wrote a song called “Commander in Chief”—a message to President Donald Trump about all the wrongs he committed against the country in the last four years. She said in an interview with CNN that ultimately her goal with the song was to inspire people to vote, no matter which side they picked. She has received both criticism and praise for her work as it left her audience unsure about who they should really vote for.

From Morales’ perspective, it feels as though the superstars are inviting people to use their voices, but shaming people for voting differently. Telling people that they have to vote for a specific candidate takes away a person’s own voice. Celebrities may be doing the right thing by telling people to go out and vote, but forcing someone to check off the same boxes does not foster true democracy.
THE IMPACT ONE PERSON LEAVES
Many people do not realize how much impact their own voices have on one another. Those in the entertainment industry may take advantage of their fanbase in multiple ways. With their platforms, celebrities can manipulate people into thinking what they want since they have spent years gaining their trust. Although it is not wrong for celebrities to voice their opinions, they need to be careful to not forcefully push their opinions onto others, making it seem as if there is only one right answer. If an artist begins to say extremely negative things about the people who voted differently from them, these artists are not being supportive or loving toward their whole fanbase.

Voting should continue to be encouraged and supported, but these influencers need to remember to be extremely clear and careful. Because celebrities reach such a large audience, they need to remember that everyone can have different opinions, before posting to their millions of followers.

With the projected election of Joe Biden becoming the new president of the United States, many celebrities have gone back to focusing on their own careers. Four years from now, hopefully celebrities will remember the voices of their audiences are just as important as their own.  Having a high voter turnout is extremely important, but it is equally important that Americans remain authentic to their beliefs, and vote for who they think should be president, not who someone else tells them it should be.