“Restoration: The Deluxe Album” is catchy and dives into inspiring topics. 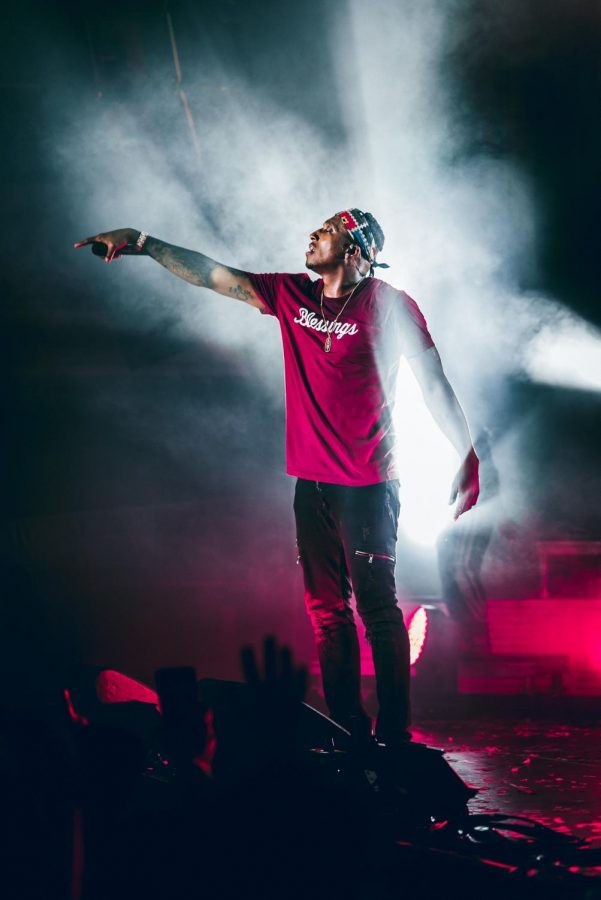 Photo by Karsten Winegeart on Unsplash

The effects of fame, current world issues and the need for Jesus are themes that Lecrae covers in recent album “Restoration.” The latest “Restoration: The Deluxe Album” contains six new tracks, continuing on with these messages while adding a wider variety of songs into the mix. The rapper provides a range of everything from trap to melodic, giving all listeners a chance to find something they love. Though the tracks are catchy, listeners may find themselves absorbed more in the lyricism.
FEATURE FRENZY
One of the most impressive aspects of this album is the number of featured artists included. Twelve out of 20 tracks feature different artists, giving the album even more variety and making it an intriguing collaborative effort.

“Drown” features John Legend’s vocals, making it more lighthearted and melodic than some of the other tracks. “Celebrate More” is an upbeat, joyous track calling listeners to recognize and celebrate the little blessings that faith can bring in life. This motivational, positive ending to the deluxe album features the vocals of Andy Mineo, another well-known name among the Christian rap world.

In addition, many of the tracks feature bits of recognizable songs taken from other artists. “Set Me Free” is a catchy track similar to that of mainstream rap, but features a snippet of Mary Mary’s song “Shackles (Praise You)” as the intro. “Deep End” features a snippet of John Summit’s “Deep End” that younger listeners may recognize as a now viral TikTok song.
FAME AND FORTUNE
Lecrae’s lyricism edges to get the point across that fame, money and substances like drugs and alcohol will never bring fulfillment in life. In fact, “Over the Top” focuses more on the dissatisfaction that comes from material things like money through an intense, trap-influenced beat. “10 Toes” is all about the negative effects that fame can have on a person, specifically an African American Christian rapper.

“Love your neighbor unlеss it’s Breonna Taylor / Aw, man, here wе go again, BLM got ’em pickin’ favorites / I remember when they said these Christian rappers corny, shoot, I even thought it too,” Lecrae sings in the first verse.

This number is followed by “Rich and Famous,” a trap-like creation about the negativity wealth and fame bring, as well as the lack of love in the world. Featuring WHATUPRG and Ty Brasel, this track definitely has a different feel than others on the album, as it discusses the temptations that fame brings to fill holes in one’s life with substances and other worthless things.
NEED FOR JESUS
“Restore Me” and “Set Me Free” set the tone for the album, as the two tracks speak about past traumas and begging God to use those past hurts for good. These tracks are followed by “Wheels Up,” a slower beat with a calm vibe about letting go and letting God take control of the uncontrollable. “Self Discovery” discusses Lecrae’s family history and his realization that God is relational, not transactional. “Saturday Night” is a sad ballad and tribute to empty nights spent partying, while “Sunday Morning” is a happier follow-up about the fulfillment that comes from waking up from brokenness and finding refreshment in God.

Bonus track “Come Thru Jesus” begins to wrap the themes of the album up. Opening with a vintage-sounding introduction and transitioning into a fun and unique beat, this track is a plead for Jesus’ help.

Whether a fan of rap, deep messages or infectious tunes, “Restoration: The Deluxe Album” has something for everyone.