Biden’s coronavirus plan is cause for concern

The “listen to science” mantra is not as simple as it sounds. 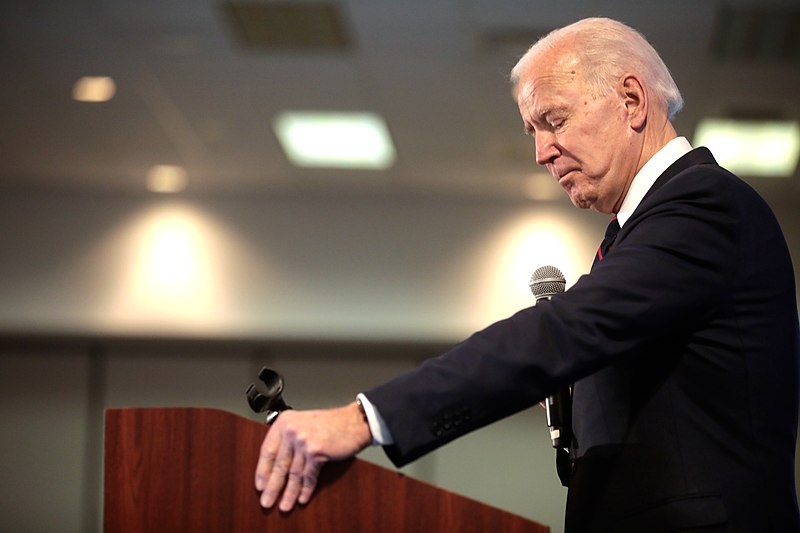 With former Vice President Joe Biden projected to win the presidency, he will take office in the middle of a pandemic that has plagued the United States for most of this year. While hope is on the horizon with the promising trials of Pfizer’s vaccine, we still have a long way to go before COVID-19 is no longer a concern. Throughout his campaign, Biden was an armchair expert—a critic without power. But now as he looks to moving into the White House, he has to translate talk into action. Biden has started to lay out his plans regarding COVID-19 and they are cause for concern.
MORE HARM THAN GOOD
Biden plans to implement a “seven-point plan to beat COVID-19.” Many of these points are fairly innocuous, like a desire to increase testing or protect “older Americans and others at high risk.” However, as with all goals in politics, the key question is how these goals will be accomplished. There are ways to achieve these goals that could cause more harm than good.

While Biden is generally vague on the mechanisms he will use to implement his goals, Americans should be wary of executive overreach. We have already seen a trend during this pandemic similar to what we see at wartime: centralized government control increases during the crisis and decreases afterwards, but remains a net increase. We should be on the alert for Biden implementing any sort of nation-wide restrictions, since most authority regarding things like stay-at-home orders and business closures resides with the states.
“LISTEN TO SCIENCE”
We should also be cautious of the “listen to science” mantra that Biden keeps repeating and is listed as his top commitment on his COVID-19 page. His implicit argument is that science is telling us to do something. Science cannot do that. Science gives us facts and it is up to us to decide what to do with those facts. For example, if science tells us that climate change is real and largely caused by humans, it does not logically follow that science is telling us that the United States’ federal government should be the primary tool in slowing it down. That might be the answer, but science alone is not capable of telling us that. Science describes what is, not what ought to be.

A specific degree to which the government should intervene in the pandemic is not given to us by science, since there are far more metrics to consider than just how many people are getting infected. It is not as simple as “government intervention = less infected.” Any decisions made on the issue necessarily affect things beyond the infection rate, such as the economy, the reach of the federal government, mental health, years of lost productivity and more. All of these things matter.

Additionally, the “science” is disputed. Whenever Biden touts “listening to science,” he is implying that the science is unanimous. This is far from true. Douglas Axe, the maxwell professor of molecular biology at Biola, says that “the people who keep insisting they’re on the side of science don’t get that science is an open approach, not a list of settled dogmas.” Axe recently co-authored a book with a statistician and a philosopher titled “The Price of Panic: How the Tyranny of Experts Turned a Pandemic into a Catastrophe” that critiques the pandemic response recommendations coming from our scientific elites.

But even if the science were unanimous, some who claim they are merely “listening to science” are using that as a convenient cover. For example, teachers unions are using the pandemic to “squeeze more money from taxpayers and put their private and public charter school competition out of business.”

“It is much better for a politician to claim she is following science when she is closing the schoolhouse door than admit that she is in bed with the teachers’ union,” Axe said, quoting a recent Law and Liberty article.
DON’T THROW OUT SCIENCE
All that being said, Biden should not throw out science. Far from it. He should just keep in mind that there are many factors at play in a pandemic response besides strictly medical. Seeing as he only chose those from the medical field for his Transition COVID-19 Advisory Board, it does not appear he understands that.

We need to be wary when the only science that is being accepted is that which fits certain political narratives. Don’t dismiss science, but don’t worship it either.