Danita Estorga nominated for Player of the Decade

The women’s basketball star was voted into the race for Central Coast Girls Basketball Player of the Decade. 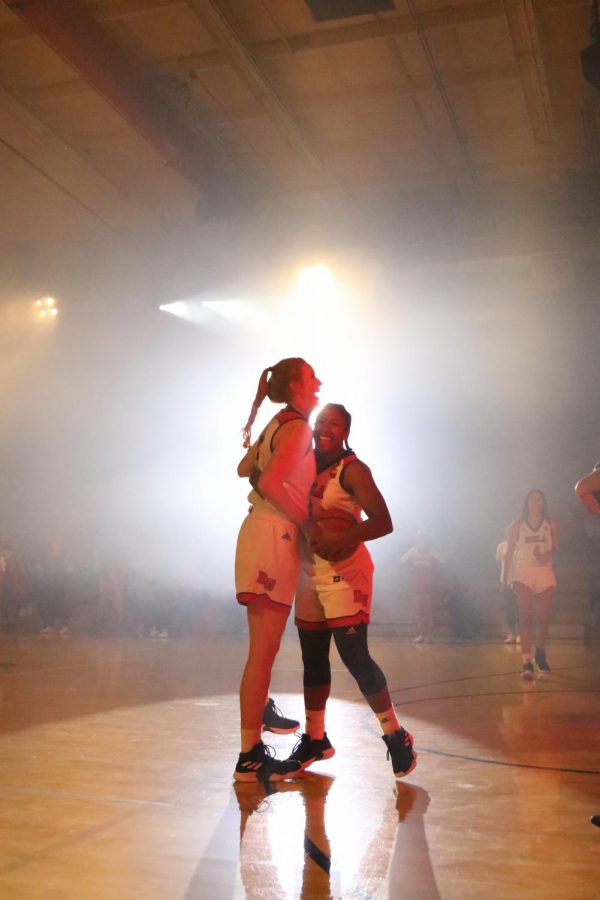 Hailing from Righetti High School in Santa Maria, California, junior Psychology major Danita Estorga found herself among 15 other respectable women’s basketball players in the race for Central Coast Girls Basketball Player of the Decade. The award is meant to recognize athletes for their excellence in high school.
HIGH SCHOOL, HIGH PRAISE
Estorga has excelled at the game long before she came to Biola. Her talents were being perfected during her four years in high school where she led her team to the CIF Southern Section Division 3A Final Four in 2016. During her junior year with the Righetti Warriors, she averaged 15.7 points and nearly nine rebounds, which helped in earning her the title of All-Area MVP and All-CIF SS first team honors.

The 2016-17 Offensive Player of the Year found herself at the face of injury as she entered her senior year of high school. Thankfully Biola’s women’s basketball head coach, Alan Nakamura, did not see a need to strip Estorga of her collegiate scholarship.

“Usually what happens [is that] the head coaches can refuse to give you a scholarship and they can say, ‘OK well since you’re injured we don’t want you anymore,’” Estorga said. “Instead, coach Alan was like ‘Don’t worry about it, just get the surgery and then try to come back as soon as you can.’ I think that reinforced the idea of ‘OK I really do want to go here’ because the coaches already are showing how much they care about me and I haven’t even played for them yet.”
COLLEGIATE CONFIDENCE
Because of Estorga’s renowned athletic high school career, she entered college with an extra chip on her shoulder.

“High school allowed me to become more of a leader on the court and understand what my role is as a player,” Estorga said. “I had four coaches in the time span that I was there and each coach was different so I kind of had to learn their schemes for the game, which I think would help me and my basketball IQ because I got to see it from different perspectives of coaches.”

While Estorga has been voted out of the race, it was still a huge compliment to be in the same category as other all-stars, many of which compete in NCAA Division I.

“I’m just really grateful to get the recognition,” Estorga said. “I didn’t play my senior year so the fact that I was still nominated out of all of the players from the central coast, because I know there were a lot that weren’t mentioned, it’s just a huge honor to be nominated.”
DANITA’S DREAMS
Estorga, being a redshirt junior with the Eagles, still has some time left with Biola. However, the forward is already thinking ahead to the future.

“Basketball has been such a big part of my life that I just want to keep playing as much as possible,” Estorga said. “I think that playing overseas would be a great opportunity to do that because I feel like I would be learning more about different cultures and different people and that experience would probably be more beneficial instead of me playing here.”