Panelists discuss political opinions while emphasizing the need for unity both nationally and within the Christian church. 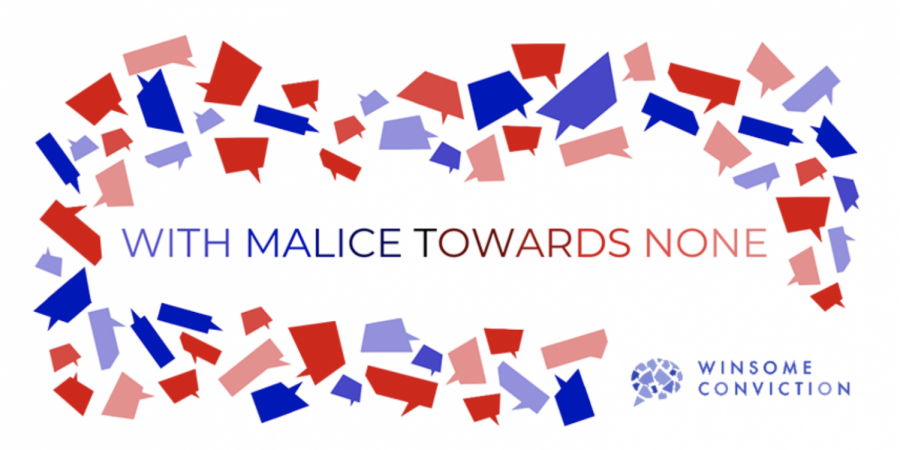 The Winsome Conviction Project hosted With Malice Towards None, a YouTube livestream event designed to encourage postelection communication and unity.

“With malice towards none; with charity for all; with firmness in the right, as God gives us to see the right, let us strive on to finish the work we are in [and] bind up the nation’s wounds,” Lincoln said.
FAITH AMID DIVISION
The guest speakers gave their initial thoughts on the election and many touched on the division they feel within both the church and in the Biola community. Kim noted specifically witnessing the divide on social media.

“I think more than ever I felt so politically homeless,” Kim said. “I don’t know that that’s a bad thing because I don’t think either party encompasses all of what I believe God asks us to do as believers and it’s a reminder to me that our citizenship is not of this world.”

She explained that Christians should not feel compelled to fit into one single party, but rather analyze what their beliefs are and implement those into how they vote.

Augustine and Godwin also said that political figures are not saviors. They emphasized the need to stop idolizing politics and the people in it. Instead, they encouraged the community to be reminded that Jesus Christ is our only savior as Christians.
ENGAGING IN CONVERSATIONS
Ganssle said Americans should keep conversations off of social media. He also said the best way to engage is to ask questions, one being, “Have you always thought this way or have you changed your mind?” Ganssle uses questions like these to get past “the slogan” and into the reasoning behind their beliefs which is meant to create a more meaningful connection.

Waller said it is more important at times to pick a relationship over ideals, especially long standing relationships and friendships.
WHAT IS WINSOME CONVICTION?

Professor of communication Tim Muelhoff and professor of theology Rick Langer, the co-directors of the Winsome Conviction Project, joined the livestream to talk about their vision. The professors hope to foster constructive dialogue surrounding political issues in our polarized society.

“Our vision is to foster conversation within the church and the broader culture that deepens relationships help to heal a fractured church, foster civility, bring compassion to a warring public square and enrich the lives of listeners,” Mullehoff said.

Langer reminisced on conversations with students on campus last February. After realizing students just wanted to be heard, the professors collaborated with Director of Student Development Sandy Hough and Student Development to create spaces for political conversation and faith-based encouragement during election season.
WORKSHOP
Tomorrow, the project is offering a follow-up workshop with space for participants to put conversational tools into practice.