Little Mix’s latest album is catchy, but fails to present something new. 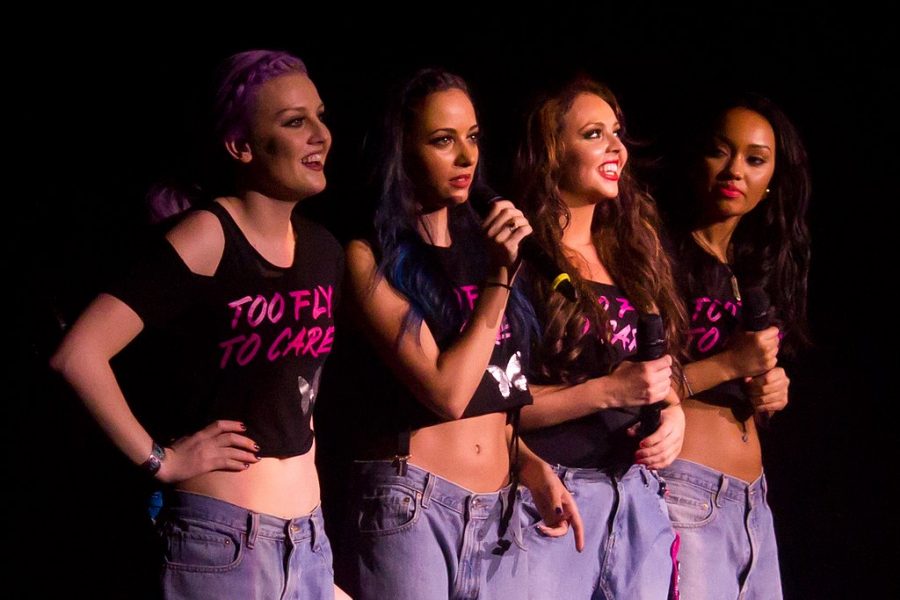 Since winning The X Factor in 2011, British girl group Little Mix has left their mark on pop culture. Hit single “Shout Out to My Ex” established them as a go-to band for women looking for empowering sounds to blast on a girl’s night out. Their latest album release “Confetti” brings back some of those classic relationship anthems, but fails to bring any variety to the table.
BREAKUP BOPS
Little Mix does not stray from their traditional tunes detailing love, breakups and women empowerment in “Confetti.” The album even opens with the title “Break Up Song,” which is seemingly a nod toward their tendency toward relationship lyricism. The track is upbeat and catchy, but does not present much other than a stereotypical pop anthem.

“So tonight, I’ll sing another, another break-up song,” the girls sing in the chorus.

What follows in the rest of the album is a string of surface-level lyrics about romance and heartbreak. Tracks like “Confetti” and “Happiness” dip into themes of self-love and finding more happiness in singleness. “Confetti” takes the common symbolism for celebration, using it to represent letting good things in life rain down like confetti. “Happiness” details the process of finding self worth in one’s self rather than from another person.

“I was searching for happiness / I was using you to fill up my loneliness / Realized from the moment I set you free / I found the love, I found the love in me,” they sing in the chorus.

For those looking for average relationship bops to blast in the car with friends, “Confetti” fits that need. But for those looking to stray from normalcy and find music with more depth, this album may be worth the skip.
RETRO REPEATS
“Confetti” is full of tunes that are upbeat and infectious, but they do not provide much variety or bring anything new to the table. The retro, ‘80s techno-dance style of music is one that is tried and true, but seen so often in pop music today. The majority of tracks on the record carry similar energies that do not stray from the norm, with a couple of exceptions.

The track “Confetti” opens with a more intriguing, almost mysterious-sounding beat. Later on, “Not a Pop Song,” though unclear and confusing in regards to lyrics, brings in a lighter, chill tone with some acoustic guitar added in, which is a nice break from the techno beats. “A Mess (Happy 4 U)” seems to carry some influence from singer Billie Eilish, incorporating a very similar sound effect to that which is found in her hit song “bad guy.”

One of the more redeemable tracks on the album is “My Love Won’t Let You Down.” The slow ballad takes a completely different turn from the overpowering dance tunes. Presenting a tune with what seems like solely vocals and piano, the peaceful track brings something almost emotional into an otherwise completely surface-level album.

Though lacking depth and variety, the tracks on “Confetti” are certainly some to dance to, making it worth checking out for those looking for some new pop favorites.