Life as an athlete in the Biola Bubble

Biola has kept its doors open to Eagle athletes, creating a small isolated community of competitors on campus. 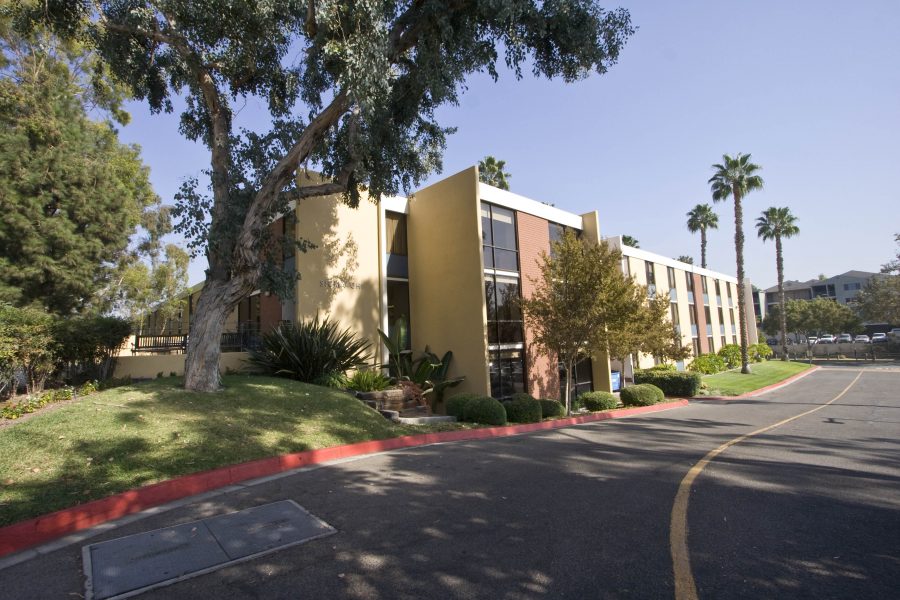 Biola’s campus is a ghost town. Athletes are not allowed to interact with people that are not on their team. Full-contact practices are limited. Getting meals is a race through the cafeteria—fully masked and at a 6-foot distance at all times—to simply get food to-go. Athletes then return to their single-room dorm just to repeat it all over again the next morning. Life as a collegiate athlete is not the same.
THE STRUGGLE IN THE BUBBLE
Biola is occupied heavily by student-athletes and are placed on campus in a confined specific area to focus on their practicing and conditioning. According to Gigi Fierro, a sophomore thrower for track and field, the only time when she is in a group is toward the end of practice, when the whole track team meets in the weight room. But even then, they keep their distance and wear masks.

“It’s similar to an AAU tournament with all the athletes on campus,” said Izaac Zausch, a junior defender on Biola’s men’s soccer team. “The only real difference is that we can’t interact with the other sports much other than a ‘hi, how’s it going’ when we walk past each other.”

Students are additionally encouraged to stay on campus and only leave if it is absolutely necessary. However, Jared Donnel, a junior cross country runner, copes with boredom by escaping campus every now and then.

“The rules that Biola and LA county have put together won’t allow us to do much of anything on campus,” Donnel said. “We have been driven off of campus then to do fun activities. I’ve probably gone to the beach more this semester than ever before. It can get boring, but it’s also a good lesson in socializing and creating an atmosphere where you can thrive.”

The good news is that teams are allowed to hang out with each other outside of practice times to maintain friendship and chemistry.

“We’ve gone to the beach a few times as a team and we try to do something fun together every weekend to bond and keep ourselves entertained,” Zausch said.
THE NEW NORMAL
Even though the athletes are able to socialize with their teammates, sometimes that is not enough. The lack of interaction between students and athletes is disheartening for some.

“The biggest struggle I’ve faced is the lack of interaction with people,” Zausch said. “I like being able to hang out with my team and the other teams on campus other than while practicing and that has been highly restricted due to COVID-19. Hopefully next semester all of the students will be back on campus so we won’t feel so secluded.”

Colleges and universities brand themselves off of their sports programs. According to Donnel, “We, as athletes, are nothing without the student body.” Unfortunately we still don’t know when the two can merge together again, but steps are being made to bring campus communities back to normality.