As the election comes to a close, Biola faculty and students avidly watch the race from around the world. 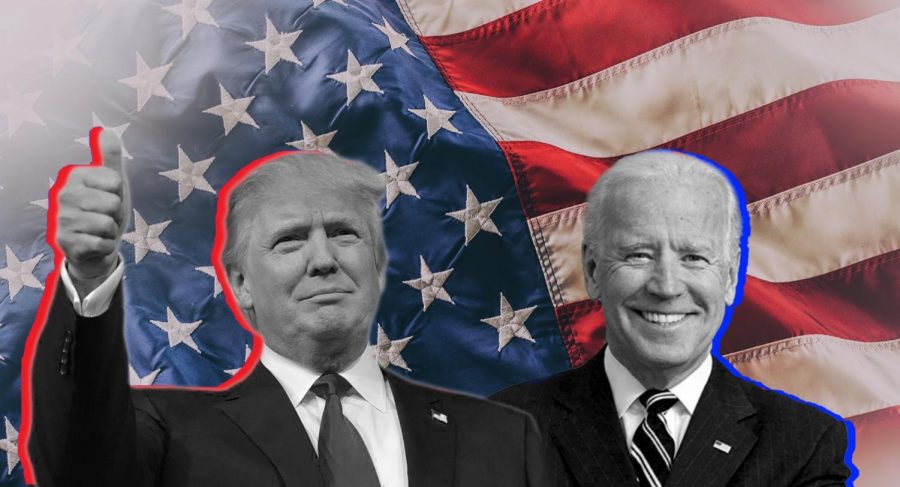 This article is being updated with new information as it comes in.

Throughout this semester, Biola has informed students of ways they can engage in their civic duties through chapels, emails and newsletters. But as the race comes to an end, Biolans all around the world come together to watch the new president be elected.


ELECTORAL VOTES
As election night continues into the next day, Donald Trump sits with 23 confirmed states and 214 electoral votes, while Joe Biden has 23 confirmed states and 264 electoral votes. The two candidates are fighting over Pennsylvania, according to the Associated Press.
POPULAR VOTE
The Guardian reports that Biden is leading in popular votes at 71,170,353 votes, while Trump follows with 68,078,590 votes.
BATTLEGROUND STATES
Earlier in the evening on Nov. 3, Biden took battleground states New Hampshire and Illinois, while flipping Wisconsin, Michigan and Arizona, making Biden the second Democratic candidate to win Arizona since 1948, according to AP.

Trump won Iowa, Ohio and at 9:35 p.m. took Florida, a crucial state to his campaign, reported AP. At 10:06 p.m., The Guardian reported that Trump had also taken Texas, giving him 38 more electoral votes.

Biden is leading in Nevada, which would give him the last 6 electoral college votes needed to reach the winning number of 270. Business Insider has also reported that Biden has the most votes ever reported in U.S. history with over 70 million votes to his name.
CALLING FOR A RECOUNT
As volunteers continue to tally the ballots, President Trump has called for a recount of Wisconsin votes.

“The President is well within the threshold to request a recount and we will immediately do so,” Bill Stepien, manager for the Trump campaign said in a written statement.

Edison Research results misreported the ballot count in Arizona and The New York Times reported incorrectly on the winner of the state.

Pennsylvania and Nevada are still counting their votes. The Nevada election Twitter account has claimed they will have updates on Nov. 4, instead of Nov. 5 as previously mentioned.

While Michigan continues to count its votes, there have been reports of miscounts in Shiawassee county where a typo was seen in their voting reports.


FACT CHECKING
Donald Trump has also called Michigan’s senate vote count fraudulent, claiming they “found the ballots necessary” to keep John James out of the election. In light of his recent claims, Twitter has begun blocking his tweets with warnings about misleading information on the election.

Facebook also decided to add fact-check boxes to some of Trump’s posts on the platform.
ABSENTEE BALLOTS
Due to the pandemic, many voters are choosing to fill out absentee ballots. Pennsylvania, a battleground state, began counting absentee ballots election morning. ABC News reported that the state will not have complete results until Friday. In some states like Ohio, the absentee ballots are accepted up to ten days after Nov. 3.

While some mail in ballots were counted weeks ago like those in North Carolina, the process in other states will continue long after election night. Americans are not expected to know the results on Nov. 3.


FALSE CLAIMS
As the night continued, Trump was quick to claim his victory in an address to the nation from the White House. Trump asked the Supreme Court to intervene and claimed the Democrats would steal the election

Former Vice President Joe Biden also spoke to his supporters from Wilmington, Delaware. Biden said it was not up to him or Trump to call the election and encouraged the continued counting of votes.