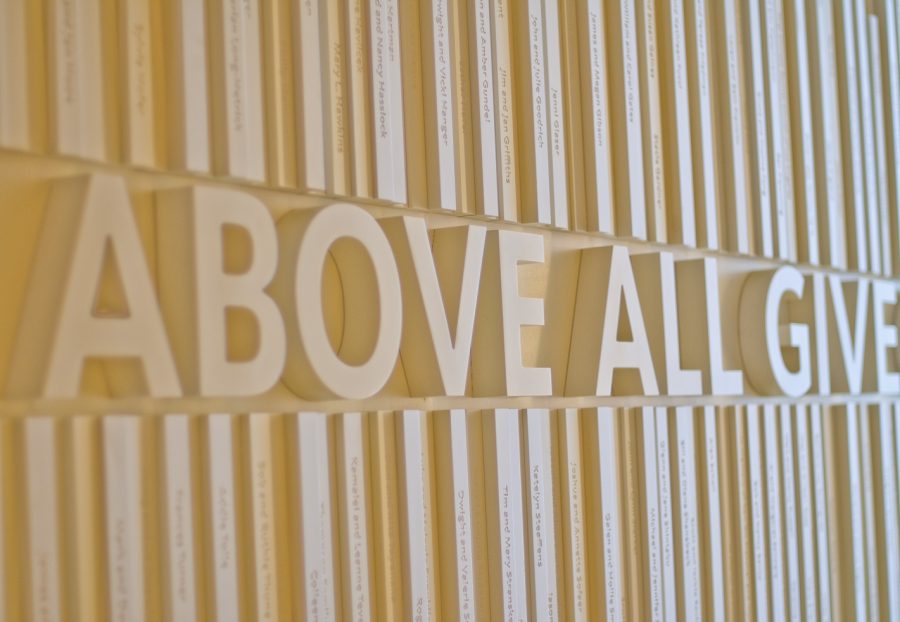 Much of the new Talbot building was funded by Biola alumni. Their donations have been an asset to the Biola community. | Jessica Lindner/THE CHIMES

Ever since Biola has started to expand its programs, the Talbot School of Theology has added  four new 4+1 programs, which offer both a bachelor’s and a master’s degree in five years. The school, which is accustomed to functioning online, has been successfully maintaining and expanding programs during the pandemic.

“You know, it’s hard doing zoom, but we’ve been doing, a lot of us have been doing online stuff for years and I’ve been doing online classes for ten years at Biola, so it’s been a lot easier for us,” said Matt Williams, director of the B.A + M.A. program and professor of New Testament.
4+1 PROGRAM
Talbot has been offering five-year programs since 2013, pioneering the style with a master’s in Christian Ministries and leadership. The new majors added to the 4+1 program were Bible exposition, Christian ministry and an option between Old Testament and New Testament majors.

“Just meeting the people in the community, even that is just as valuable as all the other things I’m learning,” said graduate student Keegan Elliott, who is in his final year of the master’s program.
FIRST 4+1 FEMALE GRADUATE
The expanding program will also see its first female graduate walk across the stage in May. Jessica Prieto, who is expecting to graduate from Talbot next spring, has felt that the community and kindness of the directors enabled her to be successful in the male dominated field.

“I knew there were one or two other women in the program, but like the retreat that I went on at first it was like I was the only girl and it felt, even though I always grew up with a bunch of guys around me and that was never a thing, it still felt a little weird knowing there was a sort of stigma behind it,” Prieto said.

Prieto has noticed that being in such a traditionally male environment is uncommon for women, but great mentors encouraged Prieto to pursue her calling.

“I find it such a privilege to be able to have such close mentorship from having both Brandon Cash and Matt Williams as mentors that I feel comfortable with,” Prieto said.
REACHING OUT TO STUDENTS
Talbot is also coming up with new ways to interact with prospective students as well. After receiving a grant from the Kern Family Foundation, the school was able to invest a third of the money for an admissions counselor. Danny Roh, previously an admissions recruiter for the Pacific Northwest region, is now assistant director of admissions outreach at Talbot.

“The main thing is hitting the main conferences where youth leaders are because they’re the ones that give advice to the kids and their youth groups,” Williams said.

Talbot has also developed a relationship with the National School Project, which is a ministry that recruits undergraduate students to mentor high school and middle school students to share the gospel on their secular campuses.

“They have a lot of really solid people who are interested in ministry and we’re gonna get them on Biola’s campus,” Williams said. “Hopefully we’ll get the main leaders here once a month to get some training on evangelism and discipleship.”