The best movies to watch for a quarantine Halloween

Whether you enjoy scary or spooky, there are plenty of movies to stream this Halloween. 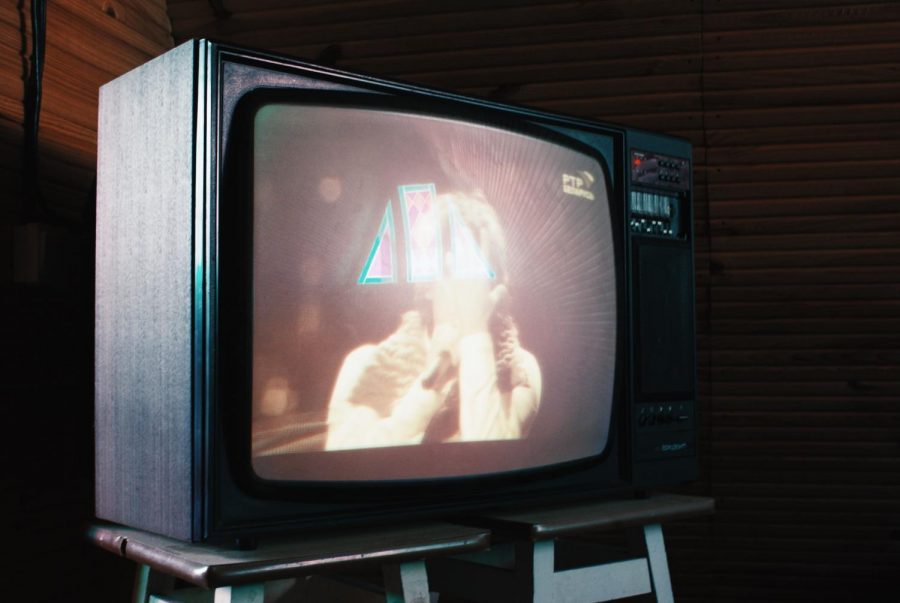 Courtesy of Aleks Dorohovich on Unsplash

While celebrating with cozy sweaters and spiced lattes or carving a pumpkin with your favorite candy in hand, no Halloween gathering is complete without a scary, or silly, movie. From classic slasher films to recently released comedic adventures, streaming services provide a number of great titles to help you celebrate from the comfort of your own home this Halloween. Both nostalgic and thrilling, this list includes movies for those who love a good thrill or enjoy the creativity and costumes that come with the holiday.
“HUBIE HALLOWEEN”
Recently released on Netflix, “Hubie Halloween” is the perfect choice for anyone who loves Halloween, but could use a few more treats than tricks this year. This comedic Halloween story stars Adam Sandler, providing plenty of laughs, gross-out humor and creative costumes. Similar to a majority of his previous work, Sandler is certain to get a laugh out of audiences with his exaggerated accent and absurd adventures, alongside plenty of famous faces.
“US”
Home invasions, sinister twins and slasher scissors all make up what is one of the scariest, most intriguing films from Jordan Peele. Both intellectual and truly horrifying, this Santa Monica based horror film aims to terrify and comment on society, racism and trauma. Although stressful and violent from the start, “Us” is complex in the way that it critiques so many elements of the modern world, while also introducing elements of both science fiction and slasher genres, making it a horror story that cannot be missed, especially for fans of “Get Out.”
“HOCUS POCUS”
One of the most iconic and classic Disney Halloween movies, “Hocus Pocus” is a fun, wacky holiday favorite that has a good number of creepy scenes, but remains lighthearted. Focusing on three equally scary and humorous witches known as the Sanderson Sisters, this classic film allows for both children and adults alike to participate in the fun and spooky nature of the season—zombies, potions and black cats included. While outdated in some ways, “Hocus Pocus” is an absurd adventure that works as both a coming-of-age and fairytale-esque story.
“THE WITCHES”
Recently released on HBO Max, this reboot of the classic Roald Dahl story adds a great deal of horror and scary moments aimed at younger audiences. With excellent performances from both Anne Hathaway and Octavia Spencer, this adaption adds to the chilling nature of the Halloween season and gives a nostalgic glimpse and reinvention of one of Dahl’s greatest works. While there have been some negative reactions, commenting on the bad effects and disturbing nature of the movie, the famous cast helps to add life and complexity to a possibly drab retelling.
“THE NIGHTMARE BEFORE CHRISTMAS”
The perfect film to bridge the Halloween and Christmas seasons, this Tim Burton classic brings both the dismal and disturbing elements of Halloween with the joy and excitement of Christmas. Both dark and humorous, this Disney film is impossible not to enjoy, whether one favors Halloween or Christmas—Burton appeals to a variety of audiences. With Santa Claus kidnapped and a wild fantastic adventure, “The Nightmare Before Christmas” is an enjoyable film and one that challenges the often sugarcoated world of Disney.
“A QUIET PLACE”
While not a traditional Halloween pick, this thriller provides enough anxiety and eerie silence to make it a perfect movie to enjoy during this season. With beasts hiding in the woods and nearly no dialogue the entire movie, “A Quiet Place” is a haunting, startling and terrifying story about family and survival, one that defies the typical horror movie while also including great characters, an excellent storyline and an ending that is certain to leave audiences anticipating its sequel.
“PSYCHO”
One of Alfred Hitchock’s most notable movies, this classic horror movie focuses on insanity, crime and a gruesome story about a son and his mother. For both film fans and those looking for thrills, “Psycho” provides constant plot twists and uses a variety of techniques to tell an increasingly dark and murderous story that still inspires many to this day. With its famous murder scene taking place in the shower, this blood-soaked story continues to scare audiences many years after its release.
“CORALINE”
A favorite of many, “Coraline” is an animated film that may be presented as a children’s story, yet still haunts and disturbs even the most avid of horror movie fans. With button eyes and an alternate fantasy world, this novel adaptation uses a young girl’s adventure turned dark to both thrill and horrify audiences. While almost cute in appearance, “Coraline” continues to be an essential addition to any Halloween party, allowing enough scares but still proving bearable for those looking for less blood and more thoughtful content.