Panelists advise how faith and politics go together. 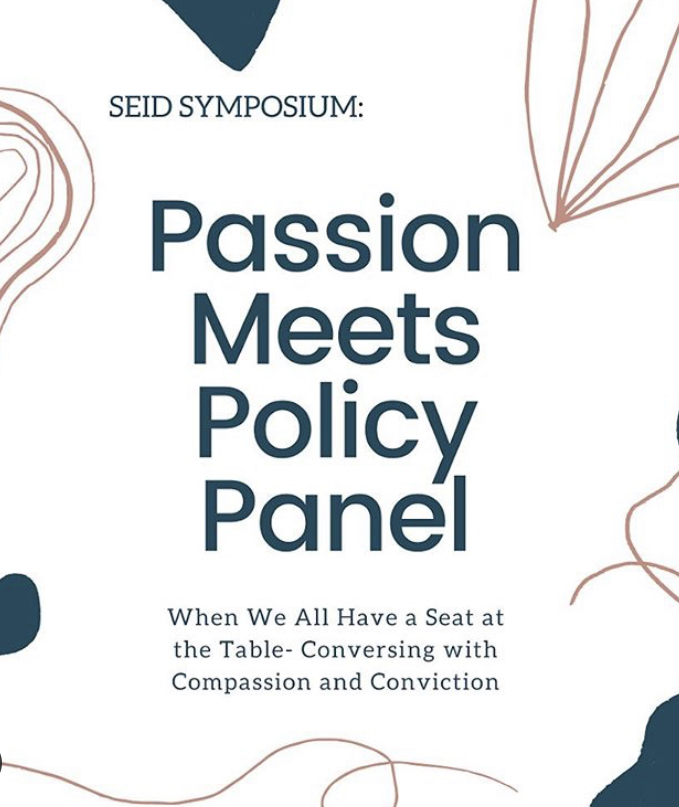 With the election results looming just days away, Student Enrichment and Intercultural Development and the Student Government Association partnered once again to encourage students to engage politically. The goal behind the event was to create a space for attendees to hear from experts on what it means to hold on to their convictions, while demonstrating compassion toward others when engaging in political conversations.

The virtual symposium, titled “Passion Meets Policy” was moderated by SGA President Keren Godwin and featured three politically diverse panelists. The panelists, Justin Giboney, co-founder of the AND Campaign, associate professor of communication studies Joy Qualls and Vice President of the Asian American Christian Collaborative Michelle Reyes all ranged from different experiences with politics.
THE TOPICS
The panelists first shared a lifetime of experiences which shaped their political views. Some of the more prominent issues discussed were LGBTQ rights, immigration and abortion. All three panelists pointed out one common misconception: the answer to human rights policies is not simply black and white.

“Avoid the pitfalls that your vote is your identity, but also that anyone who votes differently is your enemy,” Reyes said.

Qualls emphasized that a question all people should be asking themselves is what certain policies mean to themselves and to their neighbors.

“Part of the way we love our neighbor is to listen,” Qualls said. “And not listen to respond, but listen to hear the hearts of our neighbors.”
THE AFTERMATH
As the symposium came to a close, attendees were encouraged to focus on their response as Christians after the election, despite who wins or loses.

Giboney advised Christians to act with sobriety and to be peacemakers. He does not doubt that the results of the election will be divisive, but says Christians should not add to the chaos to come. There is still work that needs to get done as faithful witnesses of Christ, regardless of who is in office.

“Have the courage not to be a generic Democrat or generic Republican, but to really seek out that compassion and conviction of Christ,” Giboney said. “And how it can be applied to an issue in ways that aren’t even being considered in the public square today.”

Reyes and Qualls both agreed the results will leave some people burdened, while others will experience relief. As a result, Reyes advised Christians can create a space where they can lament and grieve with one other. Qualls explained that celebrating is OK, but those who do celebrate should do so humbly and not at the expense of others.