The Student Committee for Diversity Affairs kicks off first-ever meeting

Representatives from various organizations and clubs from Biola gather to discuss the vision of the new committee. 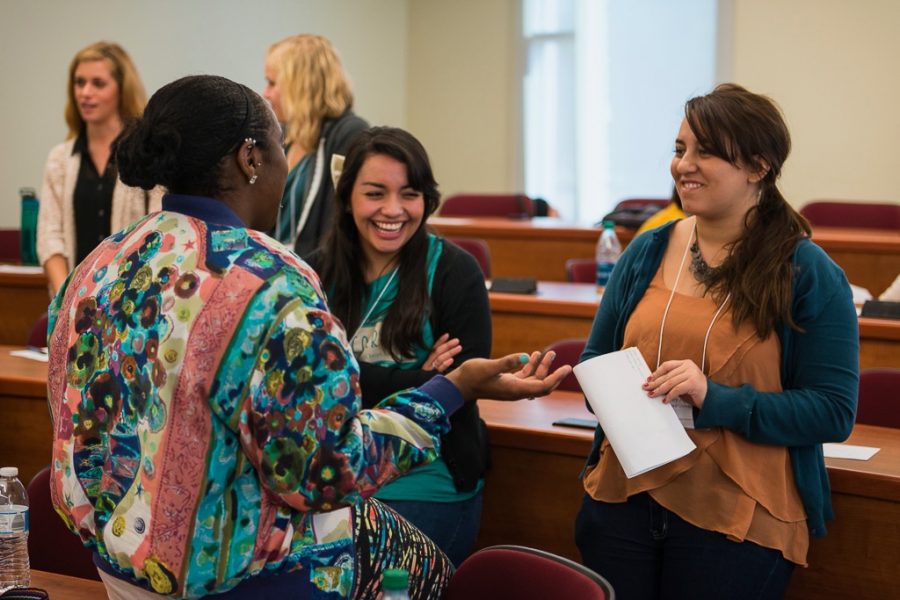 After racial tensions emerged last semester involving a racial slur on a poster in Horton Hall and a controversial meme posted by an anonymous social media account, administration opened up a time for students to address the impact it had on their lives during a lament session. Biola has since launched a new diversity strategic plan and has expanded its theological statement to include a section dedicated to diversity: Unity Amidst Diversity.
WHY THIS COMMITTEE
The Student Committee for Diversity Affairs is a new and intentional space for communication between administration and students. Chief Diversity Officer of Diversity and Inclusion Tamra Malone and the Student Government Association’s vice president of diversity and inclusion Loraine Ho have partnered to create this committee.

“I think over the summer another concern has been students don’t really know what the strategic diversity plan looks like, how it’s being implemented, what the university is doing to advance diversity and inclusion and to acknowledge things like the racial tensions of this summer,” Ho said.

After the lament session, Biola realized students felt disconnected from its administration. According to Ho, in order to remedy the disconnect, a committee was created to amplify students’ voices and give administration room to respond. Ho was appointed to establish a connection between administration and student leaders who are invested in the area of diversity and inclusion that later joined the committee.

“The Student Committee for Diversity Affairs exists to provide an opportunity for regular communication and updates to/from University administrators and student leaders, in the area of Diversity and Inclusion,” Malone said via email.

Another goal for the committee is to close any gaps between student-led organizations. Due to the inability to meet on campus this semester, this is an opportunity for organizations to remain in the loop with one another’s plans.

“In having a regular committee meeting, we can also hear about what each other’s organizations are doing, so we can either collaborate with each other on workshops or events, or just support each other by showing up to each other’s events as well,” Ho said.
FIRST MEETING
The very first meeting took place on Oct. 9. In attendance were 13 representatives from SGA, the Student Missionary Union, various affinity groups, the Student Congress on Racial Reconciliation and the Black Student Association. Initially, Ho sent out invites to affinity group leaders, but is now welcoming any leaders interested in becoming part of the committee.

“We don’t want this to be an exclusive committee where you have to be a student of color to participate,” Ho said. “More so, we just want you to be a student leader that’s representing a student group that otherwise might not be able to have their voice heard as often or would benefit particularly from these conversations.”

After introductions, Malone was able to share the vision for the committee. The representatives were able to get a feel for what their role in this process would look like. They also brainstormed ideas to take on throughout the semester and the school year.

Lailah Walker, a representative of both SCORR and the affinity group Chocolate Chat briefly addressed a petition created earlier in the summer asking administration to make SCORR mandatory for all students at Biola.

“If we cannot [make SCORR mandatory], what is the way we are going to start including diversity into chapels, lesson plans and how do we do that?” Walker said. “What is that going to look like moving forward?”
FUTURE HOPES
Even though the committee is only in its initial phases, members are expectant of what is to come. Walker said she is excited to move forward and believes it will be beneficial for students and administration alike, and for the campus as a whole. She hopes there will be more transparency between all parties involved as a result of this committee.