Different organizations within the university provide resources for students as they prepare to vote. 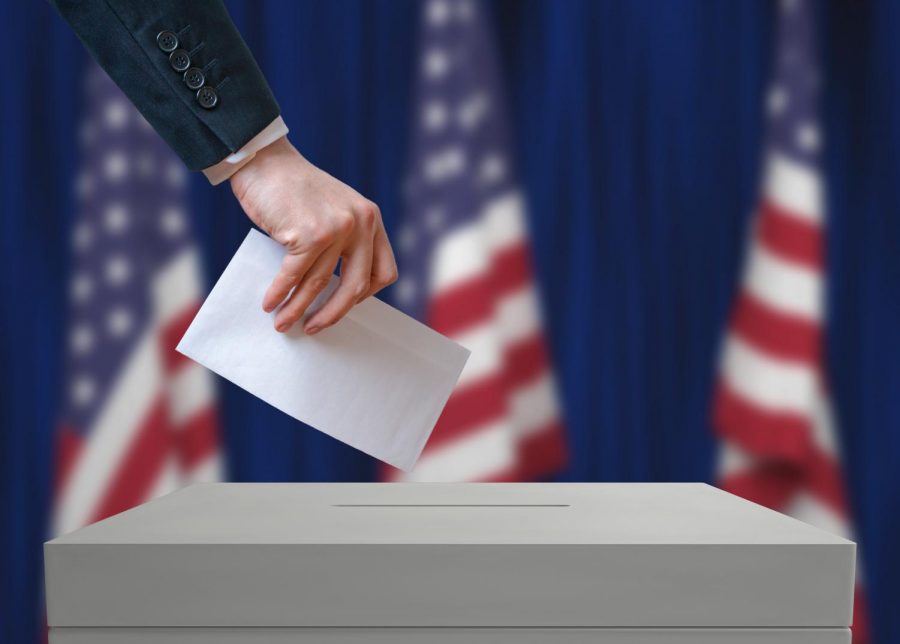 As elections draw near, Biola seeks to provide students with the right tools to engage with their democracy. Their goal is not to tell students who or what to vote for, but instead, supply them with accurate, concise information to allow them to make their own decisions.
THE PURPOSE OF THE COMMITTEE
After being approached by the Office of the President in December of 2019, Dean of Community Life Sandy Hough formed the Civic Engagement Committee to connect with students about the upcoming elections. While building the task force, Hough sought representatives from across campus. The force is now made up of members from Spiritual Development, Campus Engagement, Student Government Association, Student Enrichment & Intercultural Development, and Dean of Core Curriculum Cherry McCabe on behalf of the Office of the Provost. They met together in January to brainstorm a potential structure of how this would play out.

“Our purpose was to think about what are the events, the programs, the information that we want to get to students so that they can participate in the upcoming election, but also have the tools to do so,” Hough said.

Shortly after, a pandemic struck the globe. This, however, did not sway the task force from their original mission. Instead they reinvisioned it and partnered with professors Rick Langer and Tim Muehlhoff, authors of “Winsome Conviction: Disagree Without Dividing the Church” to learn from the Winsome Conviction Project. The goal of the Winsome Conviction Project is to create safe spaces for polarizing conversations in the form of public forums and events, workshops and small groups that demonstrate ways people can see others as made in the image of God, despite disagreements.
COMPONENTS
Hough explained four ways they will relay this information to students: chapels, virtual symposiums, an events page and social media. The first is through various upcoming chapels geared towards the importance of civic engagement. On Oct. 12, Langer and Muehlhoff will kick off the discussions by speaking about the Winsome Conviction Project.

The second piece of the components are symposiums sponsored by the department of SEID. The first symposium, “Humanizing Each Other in a Virtual World” focused on empathy as a foundation to treat others equally despite differences.

Biola will be releasing an events page, much like sleep week, to direct students to podcasts, blogs, TedTalks or other insightful mediums. The events page will also have a calendar of important election dates. Additionally, the webpage will redirect students to TurboVote, a website where students can register, receive timeline notifications and other election updates.
STUDENT-LED INITIATIVES
SGA is looking for the best way to provide work side-by-side with the task force and support any organizations providing resources for students to vote. SGA president Keren Godwin, along with being on the task force, is working closely with the VP of Marketing and Communications Michael McKay to provide Biola with insightful resources on voting.

“SGA cares about civic engagement,” said McKay in an email. “To this end, you’ll be seeing helpful tips on all of our social media platforms leading up to the election on how to vote, ways to make sure your ballot is counted, and even a few state-specific regulations that voters should be aware of.”

Other organizations like GRIT are utilizing social media to empower students. GRIT Social Media Coordinator Brooklynn Scantlebury believes in relaying useful information to their community as a way to encourage their members to go out and vote.

“I think particularly as women, since we haven’t always had the opportunity to vote, and I know for different people of color as well, it feels particularly important and like a privilege to be able to vote,” Scantlebury said. “We just want to make sure people in our community are interested in voting and inclined to voting.”
WHY BIOLA’S EFFORTS MATTER
Scantlebury explained that this specific election has polarized entire communities. GRIT is also thinking ahead on ways to be there for their community when the November election comes and goes.

“Whether it’s great feelings or hard feelings, we know that there’s probably going to be both sides of that for our community because everyone is in different spots politically,” Scantlebury said. “We’re talking about what it looks like to support people in that and we’re hoping to create a space, particularly during the election week, but in the time after that just to bring some support, some relief, all of those things.”

Godwin acknowledged that voting truly is a privilege that not everyone has. Because of this, she encourages everyone who can vote, to vote.

“I realize that there are people who think ‘It’s just one vote, what difference can it make?’ but the fact is that, if we were all to think like that, it would make a significant difference,” Godwin said.

Hough’s team sees that students are more invested in political issues this time around and who is in leadership has the potential to affect their daily lives. In turn, she feels Biola has an urgent duty to encourage students to look at civic engagement as more than just this specific election.

“From the last election until now, I think political issues have become more important and actually our students are more invested in them as well. It’s just a different time all around,” Hough said.