The Athletics Department decided to award aid to athletes even with COVID-19 pushing back the fall season to next year. 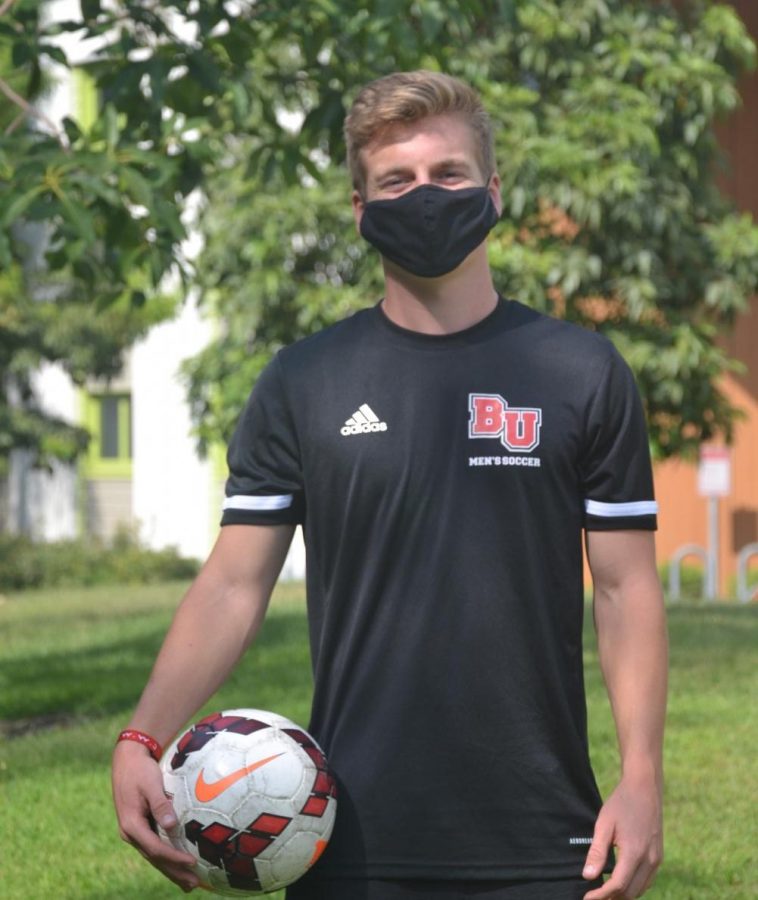 Photo by Maria Weyne // THE CHIMES

While some colleges and universities across the country are picking back up sports competitions, Biola and the PacWest have decided to sit this semester out as a safety precaution due to COVID-19. Since athletes are not traveling and competing in games this semester, the financial aid athletes were supposed to receive was up in the air. Thankfully, Biola was able to keep funding and awarding aid for our Eagles.

“Biola made the decision to keep all athletic aid intact for the 2020-21 academic year,” said Assistant Athletic Director Neil Morgan. “This semester, while not competing, our student-athletes are still participating in workouts and other team activities. It was [the] best practice among athletic departments to retain all athletic aid for those student-athletes who receive it.”
FRESHMEN PERSPECTIVE
The good news is that the athletes will continue to receive their scholarships. The bad news: they still cannot compete or have a normal freshman year of college. Biola’s campus is open to predominantly athletes, allowing them to live on campus and train for when games resume in the future. However, they are still missing out on a big part of college, the culture.

“I would say the biggest challenge for me is the social aspect of everything,” Anderson said. “I love being around and meeting new people, so being on campus and not being able to do anything or really hang out with people here is pretty hard. Online college is also a lot harder than high school, so that was another thing to get used to.”

However, Mary McDonnell, a freshman libero on the volleyball team, found that the soft opening of Biola’s campus was beneficial to the start of her collegiate career.

“I think this was probably one of the easiest transitions. Starting off the school year in quarantine allowed me [to] easily transition from high school to college,” McDonnell said. “After quarantine, we have started to lift weights and soon we will be starting our ‘spring season’ with practices and hopefully local matches. I feel like I would’ve been extremely overwhelmed with all the new transitions and heavy season schedule if things would have been normal.”

With so much uncertainty revolving around the sports world, it is understandable how eager the athletes want to get back to their sport.