The Breonna Taylor case is just one example of our (in)justice system. 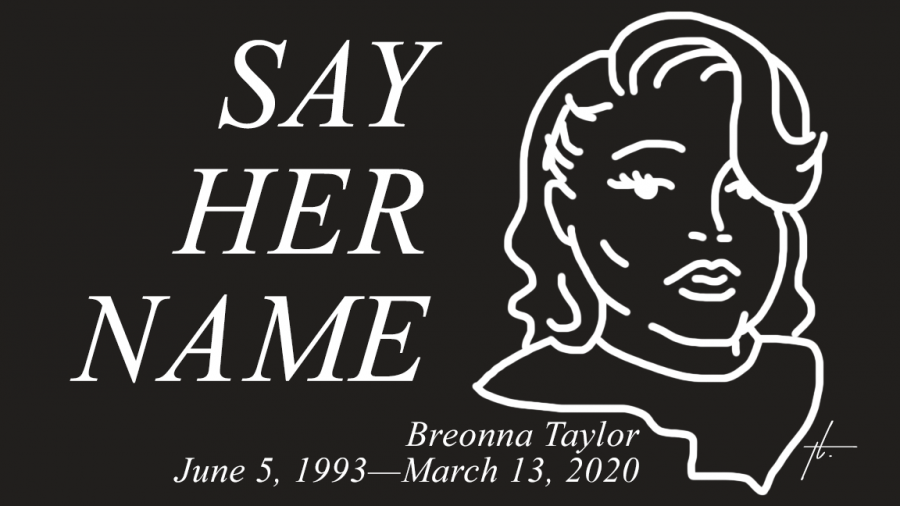 The U.S. has a long history of police brutality, and of protesting that brutality. This summer has brought another conversation about police reform into the mainstream.

The resurgence of Black Lives Matter protests this fall are the result of new developments in the case around Breonna Taylor’s death. Peaceful demonstrations, and violence, have erupted nationwide. We must listen to the message behind the protests, even if it is challenging to look beyond the method of protest. The systems that govern us are faulty and need to be uprooted and reformed from the inside out.
JUSTICE FOR BREONNA TAYLOR
Taylor, a Black woman, was shot and killed by police in her Louisville, Kentucky apartment in March. The officers were carrying out a drug raid, but Taylor’s boyfriend, Kenneth Walker, thought the officers were intruders and fired a warning shot. The police then opened fire on Taylor and Walker, killing her. After a grand jury decided that one officer should be charged with three counts of wanton endangerment for the bullets that entered Taylor’s neighbor’s apartment, many have rightfully spoken out to demand justice for her death.

Taylor’s family was paid $12 million by the city of Louisville in a “wrongful death” lawsuit, but no one was directly charged for her death. An anonymous juror has come forward and said the attorney general was not fully honest about the evidence the jury was presented with, and according to NPR, the recording of the grand jury proceedings will be released.

Her murder is tragic and the result of poor police work. However, the case was ruled one of self-defense on behalf of the police officers as if Walker did not have a right to defend himself. Taylor was an innocent civilian caught in the crossfire, and someone should be held accountable for her life.
PROTECT AND SERVE
According to The Washington Post, Black Americans are “2.5 times more likely to be shot and killed by police officers.” People of color face a higher risk of encountering police brutality, but they are not the only ones. Other marginalized groups, such as the poor and the disabled, experience similar danger. Nearly all Black victims of lethal police brutality also tend to be poor, and this rampant poverty among Black communities is a much larger issue within systemic racism. Furthermore, NBC News reported that 30% to 50% of those killed by police suffer from a disability, mostly mental illness. Those who struggle economically or wrestle with disability deserve help and support, rather than exacerbating their issues.

It is irresponsible and untrue to claim that all cops are overtly racist, corrupt or even “bad.” However, the system of policing in America is. It is extremely difficult, though not impossible, to be a good cop in a bad system. Certainly, the men and women in blue put their lives on the line on a daily basis. All the same, Black people in America fear for their lives on a daily basis. Untrained citizens should not be expected to remain calm and collected under the threat of violence from someone sworn to protect them.
BUILDING AN ENVIRONMENT OF TRUST
Police reform is also necessary for the sake of our officers. Their job requires quick thinking under extremely stressful situations. Without sufficient training, they are bound to make mistakes. The police academy program runs from four to six months, varying state by state—a comparatively short period of time. To join the military, soldiers must endure a six to 12-week boot camp, depending on the branch, followed by a year to 18 months of training prior to deployment. Throughout the year, the police have little to no regular training and six months is not nearly enough time to fully absorb all the ins and outs of police work.

In short, the police are not properly equipped to do their jobs. The academy needs to encompass a broader scope of education, such as studying sociology and “criminal and constitutional law.” De-escalation training needs to be more extensive than nine hours, but for the instances where de-escalation is not an option, physical training needs to be regularly assigned throughout the year. The more an officer trains, the better he or she is at taking down a criminal without use of excessive force.

The police exist for the sake of the communities they serve. In order for them to fulfill their role, we must give them the tools to create an environment of trust in them.
CHANGE FOR THE BETTER
Breonna Taylor’s case was a tragedy—it should not be repeated. Enacting police reform will put an end to this nationwide division, so that police and everyday citizens can be united in society.