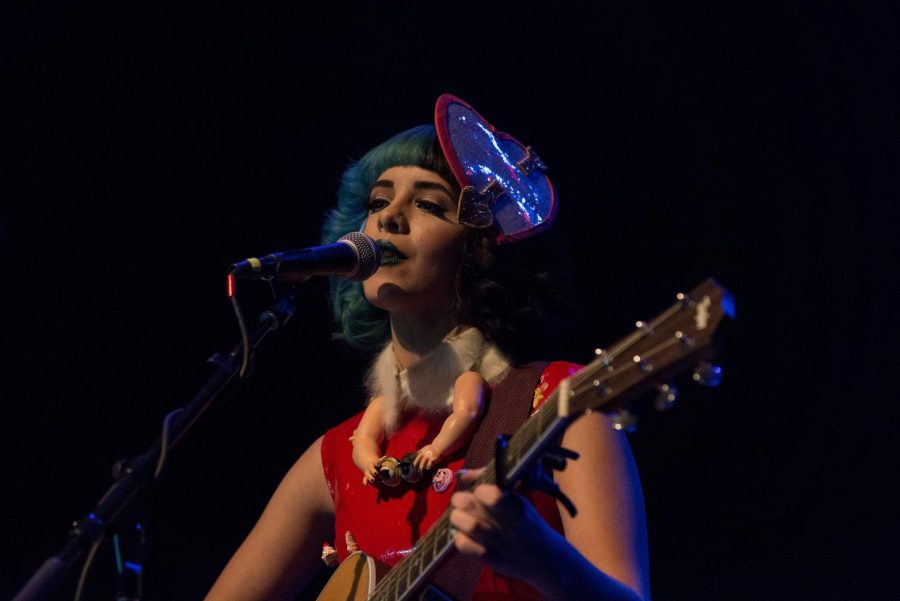 Melanie Martinez released her “After School EP” on Sept. 25. She performed on the 2012 season of The Voice, which launched her career into alternative stardom almost immediately. It has been just under a year since the “Pity Party” artist released her last album, “K-12”, and this EP acts as an extension of it thematically and lyrically.
MATURITY IN LYRICS
Though the EP lacks a central theme, the lyrics center around the metaphor of school, with songs titles like “Test Me,” “Glued” and “Field Trip,” while also exploring some very adult themes. Martinez rose to fame at a young age due to her viral Voice audition, and she has matured well into her career, maintaining her pastel-goth aesthetic which allows her perception of autonomy in the industry. She addresses this in “Numbers.”

“Oh, I need a reason why I’m looked at like a joke/ Until I prove you wrong like I’ve done time and time before,” she sings in the chorus.

She is talking about how she often finds criticism of her music in a corporate setting, only to find that sticking to her creative instincts pays off, and proves them all wrong. In the greater context, this song is about her struggle with the music industry, which often focused more on the “numbers” than allowing people to reach their creative potential. This often leads to exploitation, which she enumerates in the second chorus.

“Am I just a number? Cause it seems like that’s your goal/ You push us past our limits just to watch decimals grow,” she sings.
PLAYFUL SOUND
Full of angst, Martinez sticks to her rhythmic and slightly seductive sound that was presented in K-12. In “Brain and Heart,” the lyrics do not fit inside of a distinguishable meter or structure, but somehow, the song unites to create a lush, fluid idea.

Owing to her heritage, some Spanish beats appear in the sick burn of a song, “Notebook.” Her smoky, airy vocals contribute to form a very unique and recognizable sound that has made her the success she is today.

Michael Keenan, Martinez’ producer, also uses the sound of glass breaking, rubbing together and rolling as rhythm and melody in “Test Me.” This technique of using alternative sounds in music production is now popularizing and provides interest right off the bat. It is used throughout the album and adds to the rebel flavor of her music.

Overall, Martinez establishes herself as clearly different from many other artists in the field, calling out the culture of the music industry while maintaining dignity and credibility. It seems that she will continue to stick to her guns and show her quirky, fun, idiosyncratic sound and songwriting approach.