The wealth gap is widening under coronavirus

Billionaires should not be flourishing during a pandemic while the poor are suffering. 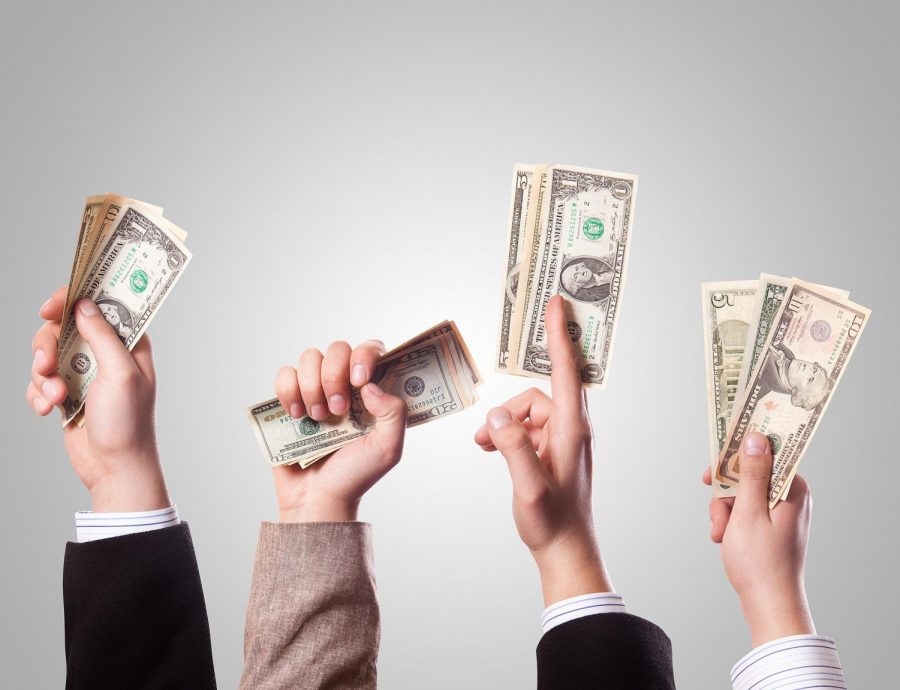 COVID-19 has devastated the world—some more than others. Unemployment rates are higher than those of the 2008 Great Recession. Many have been threatened by landlords’ eviction notices, and in the earlier months of the coronavirus, we were all scrounging for toilet paper. Yet Jeff Bezos, founder of Amazon, experienced a $48 billion increase in his wealth throughout the pandemic.

Amid the coronavirus, the wealth gap has become a wealth chasm, where those at the top are not only minimally affected by COVID-19, but are actually benefiting from it while those at the bottom are suffering. It is time we bridge this gap and lift up those struggling with poverty, so that they might also prosper during difficult times.
THE RICH GETTING RICHER
When talking about “the rich,” there is a difference between the lawyers and dentists who live in gated communities and worked hard for their money, and the multi-billion dollar CEOs with a collection of yachts. It is the top 1% that is hoarding the wealth while paying their workers minimum wage with no benefits, but their billions in income doesn’t just come from profits of production.

According to ABC News, much of the billionaires’ wealth comes from the stock market. Even in the pandemic, some stocks have grown greatly, especially tech stocks.

On the other hand, Americans on the lower half of the wealth gap do not own stocks with the bottom 40% of earners experiencing the most financial strain during the pandemic. Before the virus, these people were already living on short change. After the virus, their risk only increased. Stimulus checks often took weeks to arrive and with an increase of financial burdens, many have had no funds to fall back on. It has become harder than ever to escape poverty.
RACIAL INEQUALITY
The wealth gap disproportionately affects people of color, with Black and Latino families being “twice as likely to have zero wealth” compared to white families, according to The Guardian. In fact, since 2016, the median Black wealth has decreased about $4,000, while the median for all other races has increased.

While poverty is not an inherently racial issue, it should be our goal to address the racial wealth disparity. The financial difficulties of minorities are leftover effects of Jim Crow laws and other civil rights movements where freedom was given, but not financial reparations. It is incredibly difficult to thrive in a world where family wealth is passed down through generations if your family never had that foundation. Now, with COVID-19, people of color are feeling the brunt of this wealth gap even more.
LOW INCOME, HIGH MORTALITY
The coronavirus has revealed a tragic reality that the poor are more susceptible to COVID-19 and have a much higher mortality rate. Those living in wealthier areas have much lower COVID-19 rates, likely due to access to better healthcare. Additionally, low-income citizens make up a higher percentage of essential workers, exposing them more frequently to the virus than those working from home. However, low-income minorities are facing the highest mortality rates and are more likely to be uninsured. Even if a vaccine were produced in the near future, recent years show that vaccines are less accessible to those in poor communities, leaving them in perpetual danger of dying prematurely.
IN CONCLUSION
During this voting season, it is our duty to be the voice of justice against the inequality of this wealth gap. We can no longer allow billionaires to relax into the lap of luxury while those in poverty are living paycheck to paycheck. For those who can vote, check your state’s candidates and referendums to see who is advocating for economic equality and taxing the top 1%.