Though Boseman’s career has come to an untimely close, his impact continues both on-screen and off. 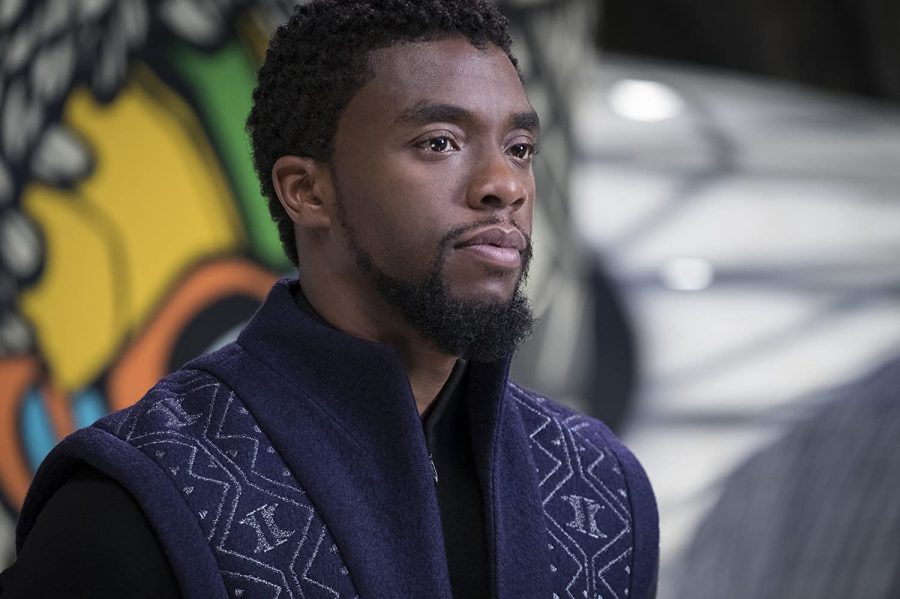 Actor Chadwick Boseman spent his career working on many important films, fighting for diversity and rising up in the Hollywood ranks. However, he was more than just an actor, as he also helped to cheer up children battling cancer through the “Make a Wish” program. Diagnosed with stage III colon cancer in 2016, he battled his illness while also filming “Black Panther,” “Marshall,” “Da 5 Bloods” and many more beloved films, displaying incredible strength and tenacity. Students across Biola’s campus have felt the weight of his death while also appreciating the level of impact he had on his audience and the industry.
MOVING TRIBUTES
The tweet announcing his death received over 166,000 comments and 7.5 million likes, a display of how Boseman was loved by so many. Fellow actress Zendaya left a tribute on her page with the caption, “Rest in great power,” the same phrase that earned a powerful place in the Black Lives Matter movement and was used to commemorate George Floyd and others. Michael B. Jordan, his co-star in “Black Panther” and friend, posted a moving tribute on Instagram:

“One of the last times we spoke, you said we were forever linked, and now the truth of that means more to me than ever,” Jordan stated. “Since nearly the beginning of my career, starting with All My Children when I was 16 years old you paved the way for me. You showed me how to be better, honor purpose, and create legacy. And whether you’ve known it or not…I’ve been watching, learning and constantly motivated by your greatness.”

Many other fans have posted tributes tagged on his account, and the loss is taking a toll on many of his co-stars.

According to HuffPost, “Black Panther” producer Nate Moore shared a text between him and Boseman, saying, “People deserve abundant life, special moments. They’ve been through hell battling disease. If we were able to ease their suffering and bring joy for a moment… then we made a difference in his life.”
BIOLA STUDENTS WEIGH-IN
Sophomore cinema and media arts major Darius Smith explained why Boseman’s work, especially in the 2013 sports drama “42,” was important to him personally.

“I remember the first film I saw him in was ‘42,’ as Jackie [Robinson]. That film attached to me in my heart… because I deal with the same thing Chadwick Boseman’s character was dealing with,” Smith said. “You know, I experience racism and hate so much. I used to act out, out of control, but that film made me learn to have self-control and not let people get the best of you.”

Furthermore, Smith elaborated on his acting prowess, saying, “I’ve noticed in every movie and every project that he’s done, he gives his all… I’ve never seen an actor be so into it.”

Sophomore cinema media arts major Henry Beck would agree with Smith’s movie pick, but has an entirely different reason for the respect he has for Boseman’s acting abilities.

“The way he can go from the dream sequence [in “Black Panther”]  when he sees his father, being emotional, and then turning it around and taking it into the fight scene with Killmonger, where he’s now being more violent… the way he was able to transfer from trying to draw from that emotional connection and going right into the feat of stunt work. I thought that kind of balance was what was so intriguing for me. There are quite a few actors that can’t do both, and I thought he was really well-rounded.”
IMPACTFUL FILMOGRAPHY
According to film fanatic websites like Deadline, Boseman was signed for “five films as Black Panther.” Of course, these included appearances in “Captain America: Civil War” and the final Avengers movie: “Endgame.” The second “Black Panther” movie is slated to release on May 6, 2022, but there has not been any confirmation as to whether filming had wrapped before his untimely death. It is unsure whether viewers will see more Boseman in this movie, or whether his death will be written in as part of the plot.

Whatever the case, Boseman’s legacy is not forgotten as Biola students and others around the world continue to mourn his loss.

According to The Hollywood Reporter’s tweet, “Chadwick Boseman’s Black Panther became an icon for children of color, coming at a time when representation was only just beginning to become a priority in Hollywood.”

And Smith would agree, citing the tragedy of Boseman’s death as the possible catalyst for a more diverse Hollywood.

“I feel like it has already inspired a lot of young African Americans to just go into the movie industry and not be afraid… That will motivate them to work hard and  go all out in each role that they do, no matter what the outcome is.”