We need to extinguish fire season

California’s environment must be saved before the damage is irreversible. 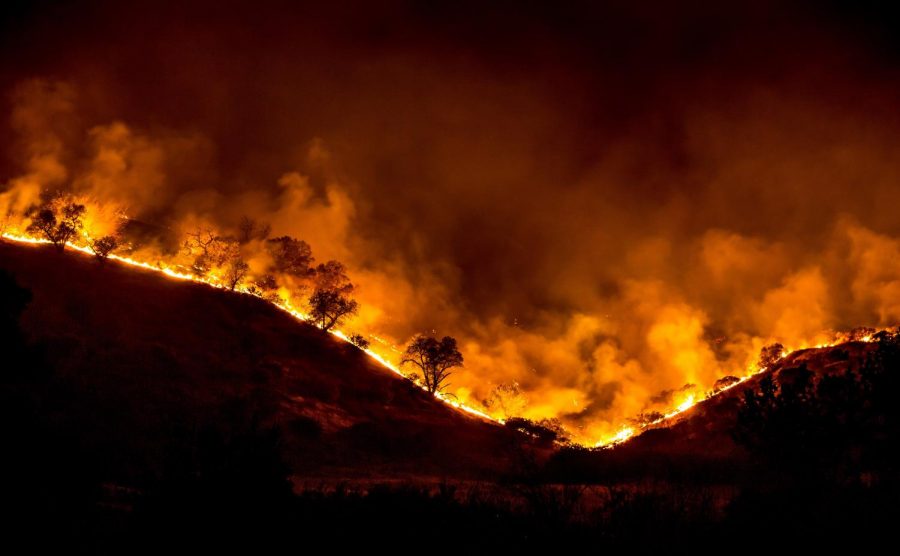 There have been over 7,000 wildfires in California this year, and it is only the beginning of fire season. In recent years, California has experienced the most destructive fires in state history, becoming more and more frequent. Areas like Sonoma County are on its third major fire in four years, with nearly 400,000 acres burned this year alone. These fires are not only devastating, but also enormously costly and even deadly.

However, we have the power and the responsibility to keep California—and much of the other West Coast states—from becoming an uninhabitable ashtray. If we pay more attention to the environmental state of the land, we can turn the tides on this series of flaming tragedies.
THE EFFECTS OF CLIMATE CHANGE
California’s drought issues are common knowledge and seemingly endless. Our lack of rainy winters are a direct result of climate change and makes our state more prone to fires than it was in previous centuries, resulting in drier soil and more flammable brush. Between 1984 and 2015, the number of catastrophic wildfires has doubled and that is not including the destructive fires in the last five years. Fire season is only expected to grow warmer and longer with fires more difficult to quench.

The increasing temperature and dry soil invite wildlife accustomed to desert areas. This includes insects, such as the mountain pine beetle, that kill the brittle trees, creating more fuel for each inevitable spark.
CONTROLLING THE FIRES
With the rise of climate change, it may seem like we are doomed for an endless stream of smokey summers, but there are ways to remedy the problem. First, controlled or prescribed burns can reduce the amount of extreme fires greatly by safely burning the surplus of brush, shrubs and trees that a larger fire would use for fuel. They are also vital and natural for California’s environment. Fires germinate the seeds of many native California flora and allow other plants to thrive in post-fire soil. Both animal and plant habitats rely on occasional fires.

Another way to prevent mega-fires is to grow more native plants, especially in public places. Most native California plants are fire-resistant, whereas dry, foreign grasses and plants are flame-friendly targets. Additionally, native plants, like controlled burns, replenish the soil that has been left stale by drought and excessive fires.

By implementing these measures, fire season can become synonymous with the season of controlled burns, instead of a season of destruction and fear.
OUR RESPONSIBILITY
We have a role in our state’s ecological well-being, too. Of course, we need to be careful during the dry summer and autumn by limiting and properly disposing of camp fires, fireworks and other flaming items, but it is more than just putting out our own sparks and embers. It is about preventing potential fires with the fuel in our own backyards—literally. Leaving dry, dead leaves, sticks, grass and other brush lying around our properties is merely inviting disaster. By clearing away the debris, we protect not only our own homes, but our neighborhoods and our cities as well. All it takes is one charred leaf, caught in the wind, to spread a fire for miles.

Be safe Biola, and let us do our part in keeping California’s greenery from glowing red.