Tom Halleen brings decades of industry experience to the program. 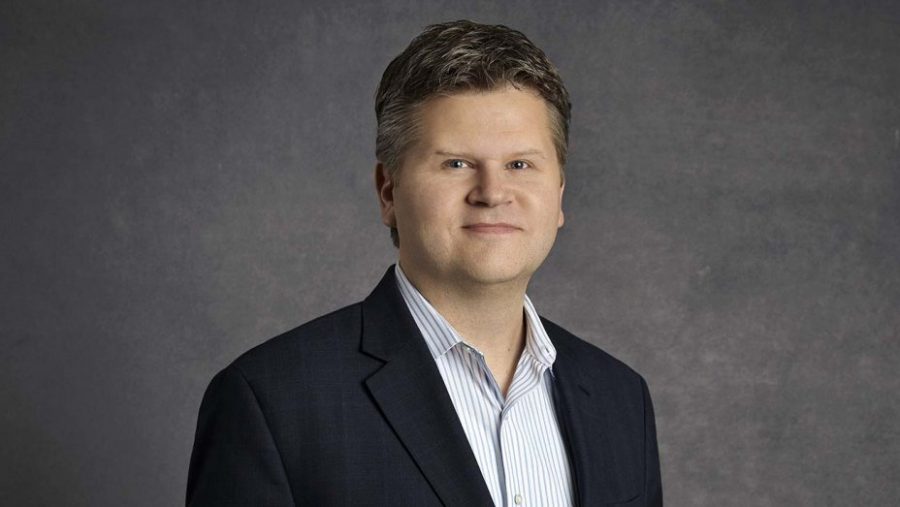 In the midst of unexpected circumstances and the stresses of a changing world, film students at Biola University still have much to look forward to this semester. This summer, the School of Cinema and Media Arts welcomed Tom Halleen as its founding dean. With over 30 years of experience in the television industry under his belt, Halleen brings significant wisdom to the school.
ESSENTIAL EXPERIENCE
Halleen began his career in the industry as an intern at Freeform, then called the Family Channel. He then joined the crew at AMC, the network known for putting out shows such as Mad Men, Breaking Bad and The Walking Dead. After achieving great success in the television industry, a call with President Barry Corey caused Halleen to look at his career in a different light.

Halleen views his 30 years of involvement in television as ministry. For him, it is an opportunity to demonstrate to the world that Christians work creatively and with integrity. However, now, he realizes that all of his years working in television were just preparing him to step into this new role.

“What I came to realize was that the last 30 years of my career, in fact, was not my career,” Halleen said. “That was my training. My career starts now.”
TRICKY TRANSITION
Managing the program strategy for five different national television networks remotely has prepared Halleen to learn to utilize technology. However, there are some challenges that come with transitioning to a new job during a time like this. Halleen encourages students to embrace and adapt to the change, and to make the most of what they have to work with.

“I’m just embracing this and saying, ‘God has put us in this circumstance,’” Hallen said. “I will rise to the occasion. I will lean forward into this, not lean back.”
AWESOME ADVANCES
Halleen has big plans for the future of the School of Cinema and Media Arts. According to him, this semester alone shows the largest student body entering the school in history, despite COVID-19 setbacks. Halleen wants to build on the tremendous growth the school is experiencing. His plans consist of more focus on the business of entertainment as well as more short form media, which includes advertisements and music videos.

“Cinema and media arts has so much greater potential in the sense of the influence we can bring to the world,” Halleen said. “That’s where our primary focus is.”

Halleen has been working with the cinema and media arts program to welcome not only long-term improvements, but a few short-term implementations to make remote learning more bearable. One of these is the introduction of a new virtual production course developed in only a few weeks by assistant professor of entertainment producing Abel Vang and assistant professor of game design Michael Steffen. Another is the opportunity to have a virtual lunch with Halleen himself. In addition, Halleen hints at game nights, guests speakers, worship nights and film screenings that students have to look forward to.