The most underrated films to stream during quarantine

Catch these must-see flicks on Hulu and Netflix. 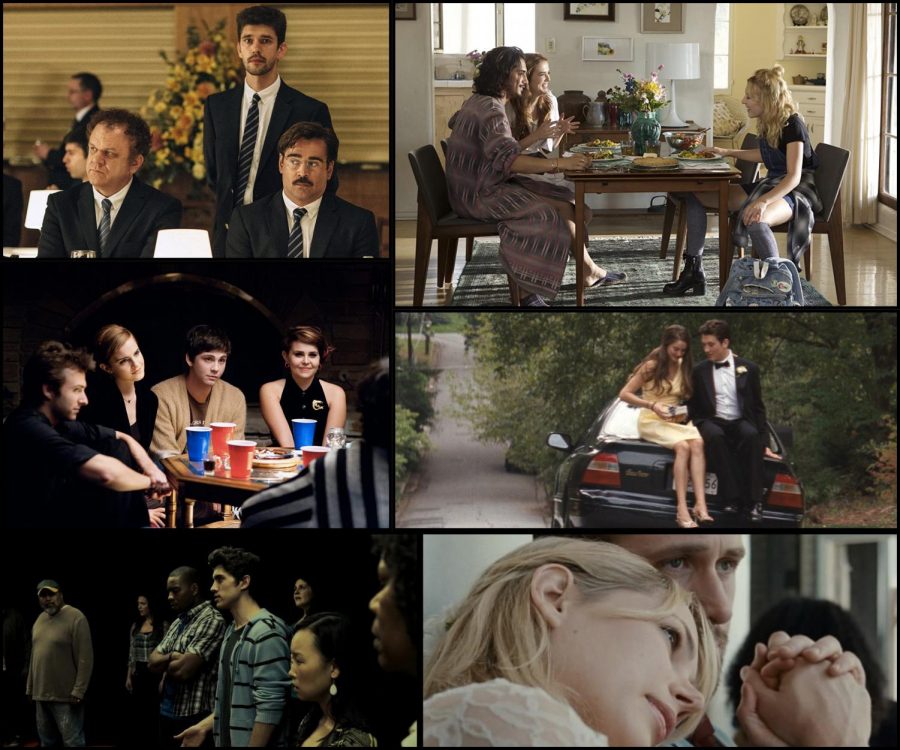 “Blue Valentine” (Netflix)
A hidden gem starring Ryan Gosling and Michelle Williams, “Blue Valentine” follows the story of a married couple whose relationship is caught in a downward spiral. The film employs beautiful color symbolism as the scenes jump back and forth in time, displaying the contrast between the beginning of their relationship and the end. This film is definitely one to tug at the heartstrings.
“Circle” (Netflix)
If suspense and thrillers are more your speed, this film will certainly keep you on your toes. This 2015 sci-fi and horror flick follows 50 strangers facing a mysterious threat which executes a person of the group’s choice one by one, forcing the group to decide who among them deserves to live. Not only will this film keep you on the edge of your seat, but it will also lead you to consider what gives meaning to life.
“The Lobster” (Netflix)
This odd but hilarious dystopian story will easily become an instant favorite. The story follows characters in a society where single people are sent to a hotel and given 45 days to find a romantic partner, or else they will be transformed into an animal of their choice. As weirdly intriguing as it sounds, the artistry behind the film and its commentary on the structure of relationships is enough to make anyone appreciate it.
“About Time” (Netflix)
If you want to watch a film that evokes all the emotions, look no further. In this 2013 romance-fantasy flick starring Rachel McAdams and Domhnall Gleeson, 21-year-old Tim Lake discovers a shocking secret—the men in his family can travel through time. Initially thinking time travel will cure all of life’s complexities, Tim shortly realizes it has dangers of its own.
“Hush” (Netflix)
Thrilling, haunting and suspenseful, viewers should expect nothing less than to be on the edges of their seats from start to finish with “Hush.” In the opening scenes, the film introduces the story of a deaf, mute writer who lives alone in the woods—a recipe for disaster. To make matters worse, the writer must fend for herself after a masked killer attempts to pry into her home to make her his next victim.
“The Spectacular Now” (Netflix)
Based on the bestselling book by Tim Tharp, the film unfolds the story of two very different high school seniors—a carefree boy who only lives in the “now” and a responsible girl who contemplates putting college on hold in order to care for her mother. Starring Miles Teller and Shailene Woodley, this coming-of-age film explores an unassuming, complicated relationship that faces the overwhelming pressure of senior year.
“The Year of Spectacular Men” (Hulu)
A heartbreaking and bittersweet romantic comedy, this movie details a year in the life of a 20-something struggling to find her place in the world. Unexpectedly freeing, sweet, funny and thoughtful, this film will leave you questioning the value of courage and authenticity. Starring the sister duo Zoe and Madelyn Deutch, and featuring Avan Jogia from Victorious, this movie is spectacular.
“The Perks of Being a Wallflower” (Netflix)
A classic coming-of-age movie, “The Perks of Being a Wallflower” is deeply touching. When Charlie, played by Logan Lerman, meets Sam and Patrick, played by Emma Watson and Ezra Miller, he begins to embrace his newfound confidence, coming into himself in a truly beautiful way. This movie captures a perfect snapshot of what it means to grow up and heal from tragedy. Get ready to ugly cry, laugh and leave a little lighter than before.
“The Female Brain” (Hulu)
Directed by and starring comedian Whitney Cummings, this movie takes a scientific spin on the modern viewpoint of love. Detailing snapshots into the lives of four different couples and the brain chemistry behind certain interactions, the film gives clarity with hilarity to the difference between men and women.