Economic struggles and decline of mental health show that quarantine season may be coming to an end. 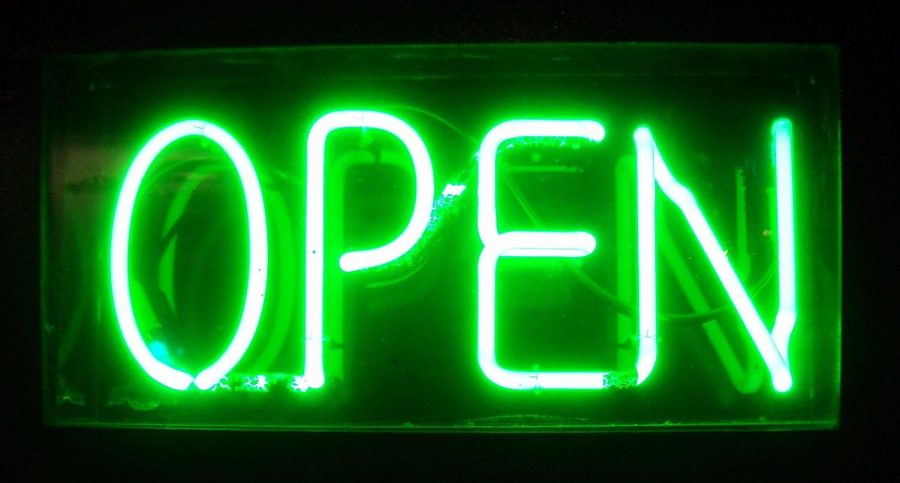 Empty parking lots. Dark buildings. Solitary cars stopped at an intersection. Lines outside grocery stores. Across the nation, this is our new normal. The COVID-19 pandemic has changed the lives of every American. Many unhappy residents have begun to protest the stay-at-home orders. Some have had to close the doors to their businesses, have been laid off, or are suffering financially.

California Gov. Gavin Newsom has yet to officially set an end for lockdown, but he is working to slowly lift restrictions. Other states such as Washington D.C., Connecticut, Kentucky and Maryland have also extended their lockdown, according to Politico. However, Newsom recently refrained from setting a new reopening date, according to CNN, as he hinted that he is waiting until either herd immunity is established or a cure is discovered.

With the quarantine regulations now entering the month of May and no end in sight, it is time for our country to carefully reopen the economy. While it is still wise to continue practicing social distancing until the curve is flattened, businesses should be allowed to reopen to save the nation’s jobs and economy.
PROTESTS AND RESPONSE
Across the nation, Americans have begun to protest the prolonged rules that have caused so much economic devastation. Many are afraid of losing their freedoms and liberties. Californians have begun to resist Newsom’s stay-at-home. In Wisconsin, Minnesota, Michigan and Pennsylvania, major rallies have taken their concerns directly to their capitals, according to Fox News. Releasing these restrictions gives people the ability to exercise their liberty and celebrate their freedom while practicing caution and safety.

It’s true that death tolls across the country are a cause for concern. The Los Angeles Times reports that an increase in deaths is reason enough for California’s reopening to be further delayed, but the report also said the rising number of new cases is only because of more testing availability. Even though these numbers can spark fear, there is hope on the horizon. States such as Utah are beginning to see an increase in recovery rates, according to The Salt Lake Tribune, proving that we are beginning to emerge from this virus.
STATES WITH LEADING ECONOMIES
California is home to the fifth largest economy in the world, according to Markets Insider. Small businesses make up a major part of California’s economy and employ nearly 50% of Californians, according to Markets Insider. Business Insider reports that New York and Texas also rank within the Top 15 of economies in the world. These three states alone have stronger economies than most nations.

Since the COVID-19 pandemic, our country’s economy has suffered. Unemployment rates have nationally risen from 3.5% in February to 4.4% in March, according to the National Conference of State Legislatures. April’s numbers have yet to be released.

Many states will need to borrow money to cover unemployment pay, but according to USA Today, California might need the most federal aid to bounce back from this recession. These examples highlight the importance of restarting the economy.
MORE AT RISK
Not only is the economy at risk, but so is our mental health. The Hill reports that many Americans have “increased anxiety and depression” and quarantine regulations are “taking an emotional toll” on people. Feelings of loneliness and fear can quickly escalate, and the longer restrictions stay in place, the harder it will be for people to recover.

In addition, the continued quarantine has made life difficult for those suffering from addiction. VICE reports that recovering addicts are at a great risk for relapsing. Without accountability and the busyness of life to keep themselves distracted, they tend to fall into old habits, which can be dangerous.
PRACTICE WISDOM
While I believe it is time for the economy to slowly reopen, it should be done in a safe and wise manner. As an essential worker, I take all of the necessary steps given by health and governing officials to protect myself and those around me.

If we all keep ourselves healthy and limit contact with each other, we will overcome this pandemic. Lives will be saved and people can return to enjoying life as usual. However, until COVID-19 is eradicated and becomes nothing more than a chapter in the history books, the United States should begin to carefully open businesses once again, one step at a time. Restrictions should not be removed all at once but rather slowly and wisely, to protect public health.

As Americans, we have beautiful liberties and freedoms. Americans must remain vigilant—it is vital that we obey our government’s safety precautions while ensuring our constitutional rights are not eradicated.