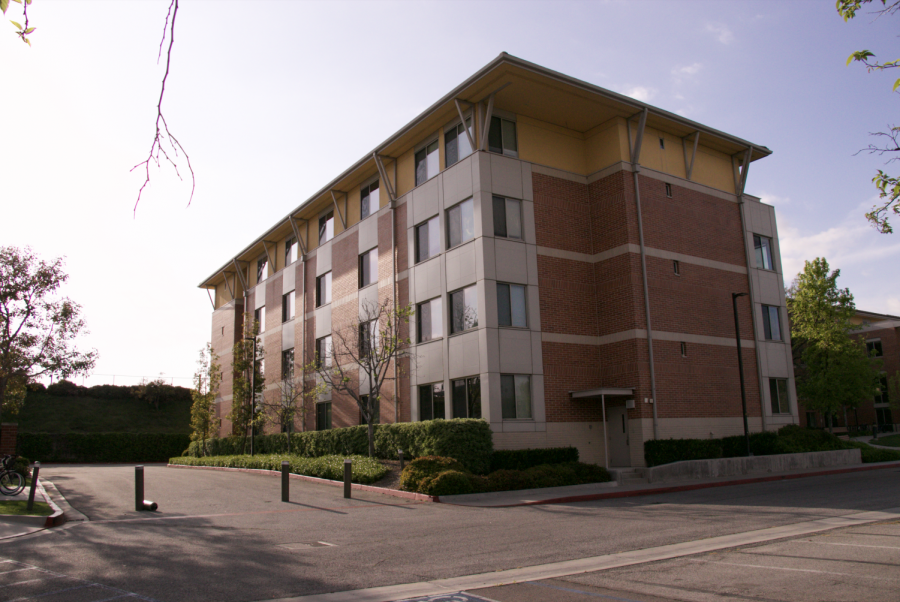 Since the suspension of on-campus classes, students have experienced a rollercoaster of emotions as living situations changed over night. What first was an optional stay or leave policy quickly transformed into a mandatory moveout for all students able to do so.

When students were told to leave campus on March 22, there were a handful of students who couldn’t go home because it was too dangerous to travel, for financial reasons or because they wanted to protect loved ones by staying away. Biola has provided housing and living accommodations for those students after they were granted permission to stay on campus.

For students who are still living within Biola’s walls, the Caf is still open and is allowing students to stop by and pick up bagged food at its gate. Biola is still providing IT support for students to help improve internet connection and assist students with any technical difficulties during this time of online education.

Sophomore cinema and media arts major Jedidiah Cheng decided to stay on campus for many reasons, one being that his home in Sammamish, Washington is close to where the initial outbreak of COVID-19 began in the U.S. Cheng was originally living with a roommate in Horton Hall, but was moved to his own room in Stewart Hall.

“So far I think things have been running smoothly,” Cheng said. “I do not leave Biola very often so it is nice to be able to meet up with friends to grab a meal or study together.”

There are not many buildings on campus still open, so Cheng explained that when students decide to meet up to study or interact, they do so in Stewart Hall, Sigma Hall or Thompson Hall. Biola has closed and locked the doors to all other dorms, leaving only suite-style rooms open for student use.

Freshman accounting major Rozaline Beshay, is an international student from Egypt. Her only possible flight home connects her through Italy, which is one of the countries struggling the most because of this pandemic.

Beshay is currently living in Sigma Hall. She has lost her job at the Caf due to all students being let off, so she has no current income. At the beginning of this pandemic, Beshay only had a 10-meal plan, which was not enough food to last the whole week. Biola provided her with five more meals a week so that she wouldn’t go hungry.

“Biola has done a very good job accommodating all the students here,” Beshay said. “I feel very comfortable with where I’m living and I am really grateful for that.”
SURVIVAL MODE
Rebecca Baliko—in her graduating year as a cinema and media arts student—was moved from her Biola apartment with a full kitchen into Thompson Hall, where she was separated from her roommate. Because Baliko has been living off campus, she did not have a meal plan, leaving her to fend for herself while others can pick up food at the Caf during select hours.

“I lost my kitchen and fridge, which was a little frustrating,” Baliko said. “I don’t have a meal plan, so I had to get a mini fridge for my food and basically have been living off of leftovers my parents gave me and canned/dried goods.”

But there are some essential Baliko and the other students at Biola don’t have to worry about. The university has given students toilet paper and refills whenever needed—something that is of high demand and hard to find lately.

The Chimes reached out multiple times to Housing Services, but did not receive comment on the situation.
QUARANTINE DIARIES
Quarantining can take a toll on mental health. So for the students placed in a small dorm room for the foreseeable future, some have found hobbies to combat cabin fever.

Alex Rocha, a freshman music major, has been placed on the north side of campus in Sigma.

“It is extremely lonely here,” Rocha said. “I do know three other guys here, but we are all too busy doing our own school work and life stuff. It’s hard because I’m an extrovert that’s dying for some community. I’ve been balancing playing the piano or guitar and doing my school work and then repeating that everyday.”

While the students are placed in their own rooms, they are able to find a small sliver of personal interaction within their self-isolation through the other students on their floor.

“There are a couple girls I’ve befriended here at Thompson and we’ll hang out whenever we’re all free,” Baliko said. “I’ve mostly been spending my time editing a feature-length documentary and working on art projects. It’s a little lonely, but all of my friends have been great at calling and doing FaceTime or Zoom to keep in touch, so it’s not terrible.”