The Strokes return to form in ‘The New Abnormal’

After seven years, the band returns with brilliantly constructed tracks that draw from unexpected influences. 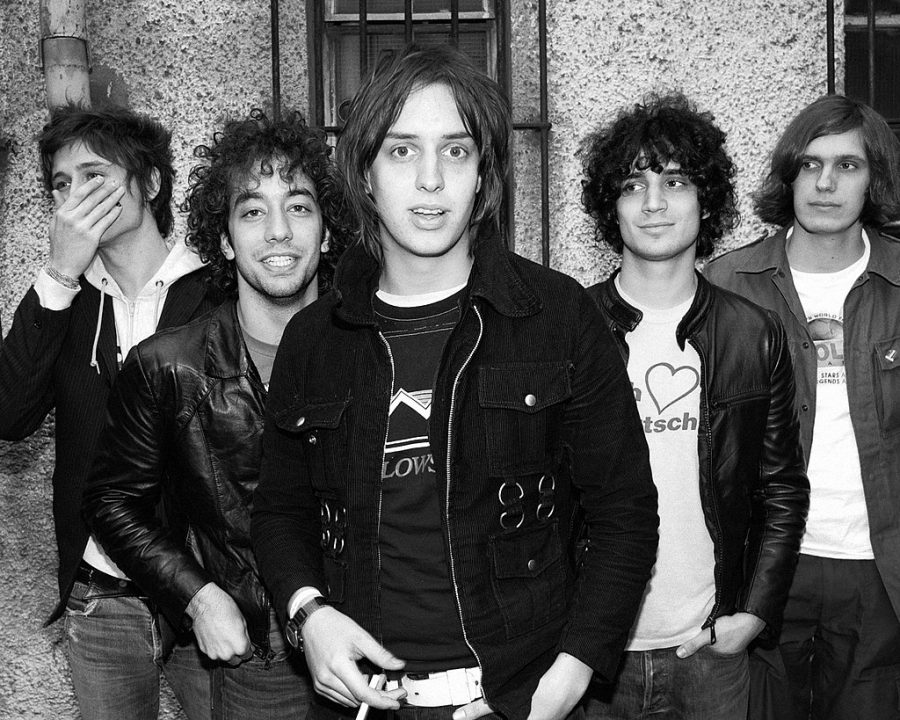 The Strokes have built up their reputation since the release of their 2001 debut album “Is This It,” considered by many to be one of the best debut albums of all time. The band single-handedly brought a garage rock revival to the mainstream and influenced bands like Kings of Leon, Arctic Monkeys and The Killers. Since then, they have not matched that same level of quality, with their last album “Comedown Machine” slightly disappointing fans and critics alike. Now, after seven years, The Strokes have released their sixth studio album, “The New Abnormal.” With so much hype leading up to this release, The Strokes did not disappoint.
NEW INFLUENCES
While The Strokes have not produced much since “Comedown Machine,” lead singer Julian Casablancas has been busy with his side project, “The Voidz,” which flaunts an electronic, experimental sound. This style feeds into “The New Abnormal,” giving an otherwise accessible tracklist some flavor. From the start, opener “The Adults Are Talking” showcases one of the album’s biggest strengths—Casablancas’ voice. He keeps it at a low volume for most of the track but demonstrates a unique falsetto toward the end, which shows up in the best moments across the tracklist.

“Selfless” begins with a guitar line that sounds like it came straight from a Stella Donnelly song, a welcome addition to the track. What really stands out is the way Casablancas refines his falsetto with an infectious melody and pleading lyricism, blending with laid-back instrumentals to keep the track compelling.

However, “Bad Decisions” and “At The Door” easily stand out among the tracklist. The former is an ‘80s pop-infused track that interpolates Billy Idol’s “Dancing With Myself” in the chorus, creating an instrumental similar to Modern English’s “I’ll Melt With You.” Although Casablancas’ voice is pitchy in the beginning verse, the chorus and melody make it a fun pop track about the band’s fear of changing the sound their fans expect.

However, “At The Door” might display actual drastic change in sound that they think fans will worry about. Most of this track is sparse in instrumentation, with synth hits and Casablancas’ voice being the crux of the track. But it all comes together to create one of the best Strokes songs, thanks to a heartwrenching performance by Casablancas coupled with emotional lyrics about being used by a lover. It would be an understatement to call this track gorgeous, especially when the chorus hits with backing vocals and a simple guitar line.
PUTTING THE NORMAL IN ABNORMAL
The rest of the tracks, while not distasteful by any means, are more forgettable than the rest. For example, “Eternal Summer” is an abnormal track because of its typical indie-pop sound that could have come from any pop-rock group. The song’s chord progression has little variety, much like Casablancas’ vocals on the track.

However, its message about fighting climate change saves this track from being totally forgettable. The track’s lyrics, “They got the remedy but they won’t let it happen” and “Everybody’s on the take. Tell me are you on the take too?” paint a picture of the struggle to mend this serious problem.

The same can be said for the synth-heavy “Brooklyn Bridge to Chorus,” which boasts an incredible chorus about Casablancas’s friends avoiding him for his alcoholic behavior. Lyrics like “I want new friends, but they don’t want me” are so catchy that fans should not be surprised to hear it roared at future concerts.

The major problems of the album come in the last three tracks, especially in “Why Are Sundays So Depressing,” which sounds familiar to other rock tracks, but without anything interesting to listen to. The tune and instrumentation lack any memorable aspects, to the point where any listener could easily forget this song among the tracklist.

The following two tracks pick things up a bit but still end the album on a low note. “Not The Same Anymore” has well-written lyrics about a relationship falling apart, but the instrumentation and vocal performance scarcely emphasize the pain of the topic. “Ode To The Mets” features a catchy instrumental and outro, but the out-of-sync intro and monotonous melody leaves the track lacking.
IMPRESSIVE COMEBACK
Though it may seem that the cons of “The New Abnormal” outweigh the pros, the positive aspects of this record make it stand out among the band’s discography. The first half entertains, presenting the best Strokes tracks in a long time. Plus, Casablancas’s vocals are at their peak, which positively seeps into each track. Although the album slightly strays from its main theme, it is still a great collection of songs that brings The Strokes back into the public eye.