Christians should care about China’s expulsion of American journalists 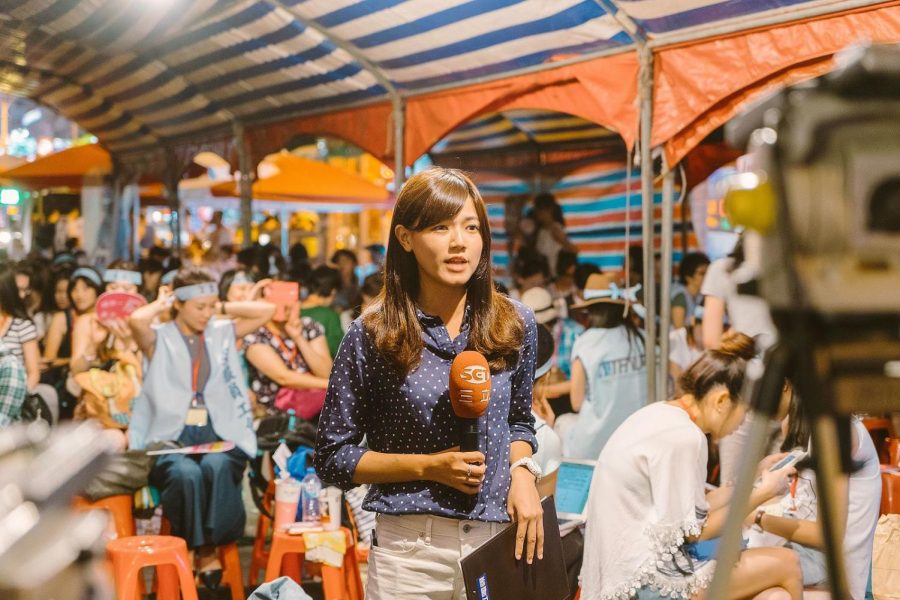 On March 17 China announced that it will expel American journalists from The New York Times, The Washington Post and The Wall Street Journal, forcing many journalists to return their press passes and leave the country. Although this act is tragic for American journalists and Chinese citizens alike, it is hardly surprising in light of heightening authoritarian laws in China. By kicking out American reporters, China exposes the reality that its people are being denied their voice and their freedom.
IT’S WORSE FOR CHINA
China’s act against American journalists is not only unfair to the practice of free press, which encourages trust between foreign powers, but it also harms Chinese citizens. According to BBC News, on Dec. 30, 2019 Dr. Li Wenliang tried to alert his peers about the mysterious coronavirus, but was brought to the police station and forced to sign a letter that accused him of spreading rumors. China attempted to brush aside whispers of the virus, which allowed the coronavirus to run rampant and ultimately cost the lives of its people.

American reporters go beyond informing the world of China’s news—their work is essential to protecting China’s citizens. It was American, not Chinese, journalists that exposed China’s Muslim internment camps and costly COVID-19 response. Chinese journalists are restricted from reporting the truth because their government only allows propaganda to be published. Even in America, people struggle to be heard, especially minorities. However, in China the government tragically ignores the cries of its people. Without American journalists, there will be few voices standing up for those who cannot.
PART OF A LARGER PROBLEM
Even prior to the expulsion of these American news organizations, China has lived under extreme speech suppression. China’s internet police habitually silence online critiques of the country with hours of interrogation and scare tactics. Filters installed by the Chinese government stop citizens from using Google and Facebook, reading certain news publications and searching censored topics—which now include Dr. Li Wenliang. This may keep the government in control for the time being, but it does not quiet the whisper of discontentment among the people.

“After people scream and shout, their posts get deleted and there’s no more voice of opposition. Nothing gets fixed,” said Hannah Yeung, who runs a group dedicated to preserving online posts in China, according to The New York Times.

Social media is often seen as a platform for fake news, but the allowance of this fake news is a privilege. Americans are free to express their opinions online and we have seen the #MeToo and Black Lives Matter movements because of that freedom. The fight for social justice begins with the people. In China, there is no opportunity for change, for justice or for creative expression when its citizens are being watched—as though they’re a character in George Orwell’s “1984.”
FREE PRESS PROTECTS GOSPEL TRUTH
As Christians, we need to care about the expulsion of these journalists because it represents China’s suppression of truth, including the gospel. After religious regulations were updated in 2018, Christians in China have been subject to increased persecution. Bibles are no longer allowed to be sold online, Christian churches are being destroyed and a Christian pastor was recently sentenced to nine years in prison for exercising religious freedom. Loving our brothers and sisters around the world means seeking justice and fighting for their rights as well.

When COVID-19 stopped us from celebrating this Easter with our fellow believers, we were devastated, but in China it is a crime to meet with other Christians without first getting approval by the state. We cannot simply sit back and enjoy our religious freedom while others around the world are being imprisoned for the faith we take for granted. Christians will continue to be persecuted in China until change is demanded. The press not only protects democracy, but it also protects the right to worship. It is the duty of American journalists to speak up about this injustice because the Chinese cannot.

By filling the internet with Chinese propaganda, China is ignoring the reality that its people are unhappy. It is devastating that American journalists are being expelled from China—not because the U.S. has a right to be there, but because this act is just one of many that oppresses the voice of Chinese citizens and hides the work of China’s government.

As Americans, we need to be advocates of free speech because we understand the importance of being heard. But as Christians, we need to be advocates of free press because religious persecution and unjust authoritarian practices that suppress truth should not be brushed under the rug. As the Chinese government cracks down on internet users and news organizations, reporters become more important, not less.