Americans have become more divided amid the pandemic

The systematic division in the U.S. is costing lives during COVID-19. 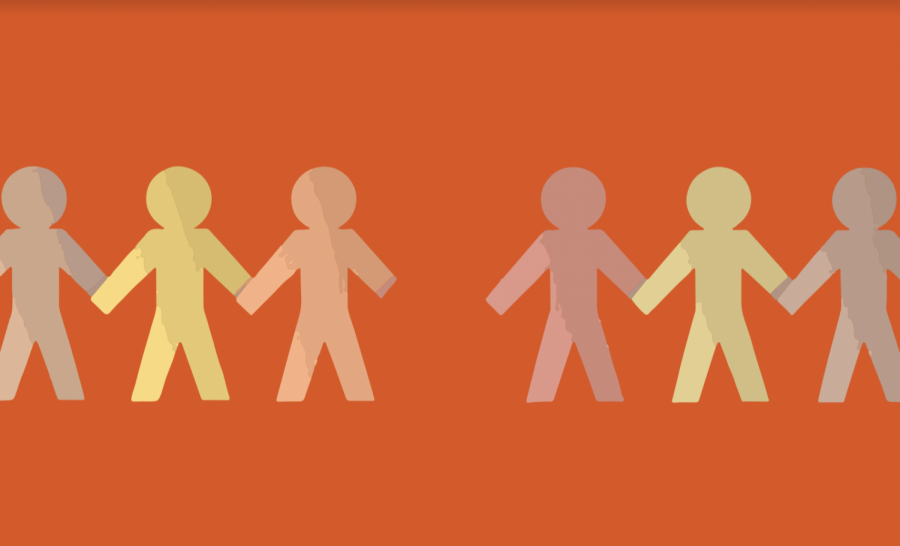 The United States is incredibly diverse. Its people come from a multitude of different backgrounds and lifestyles—which would be a beautiful reality if those differences did not separate us more than unify us. During a global pandemic, Americans need to address the system that is dividing us more than ever. We see neighbors helping neighbors, but we do not see our nation fixing the chasm that keeps us from helping the neighbors we can’t reach.

Related: “Americans have become more united amid the pandemic”
CLASS DIVISION
For those in the upper-class, it is easy to suggest quarantine tactics and self-isolation methods, but for those with a lower socioeconomic status it is not that simple. The recommended “6 feet apart” is simply not viable for many who are impoverished. Many live in cramped spaces with several people, some of whom are still working amid the pandemic. Included in those with lower income or spatial disadvantages are “inmates, farmworkers, detained immigrants, Native Americans, and homeless families,” according to The New York Times.

It is a chain reaction for these people. Less wealth means fewer supplies they can buy to fight off the virus. Combined with the close quarters and dependence on public utilities such as transportation, laundromats, grocery stores and food banks, it creates a recipe for contagion among the lower class and many are falling victim to it.

We cannot expect to call ourselves united if we are not unanimously calling for a change in the system that expects the poor to abide by health safety rules without giving them the tools to do so.
RACIAL DIVISION
COVID-19 has highlighted the truth of racial disparity in this nation. Densely packed cities contain the highest populations of people of color, who are more likely to live in multigenerational homes, leading them to be more at risk. U.S. Surgeon General Jerome Adams told NPR that while people of color are not “biologically or genetically” predisposed to the virus, they are “socially predisposed” to it. There is more than enough evidence to show for this.

In New York, infected black and Latino citizens are dying twice as fast as white people. The African American population in Chicago makes up only 30% of the entire population, but they make up more than 70% of the deaths among the total population.

This is a systematic portrayal of how the nation has failed to uplift people of color and instead prefers to divide its care of racial groups with white people at the top of the hierarchy.

In addition, Asian Americans have been hit with a resurgence of extreme racism. President Donald Trump called COVID-19 the “Chinese virus” in a tweet early in March, sparking hate crimes that were already on the rise. The Asian population has since been refused business transactions, experienced violent assaults, including beatings and stabbings, and endured racial slurs, according to The New York Times.

The United States will be powerfully supporting those industries, like Airlines and others, that are particularly affected by the Chinese Virus. We will be stronger than ever before!

As Christians, it is our duty to address and eradicate these racial stigmas, because the body of Christ is diverse and built on love, not hate.
POLITICAL DIVISION
We live in a politically partisan society, and while that may never be mended, we should be finding agreement regarding the virus—except we are not. CNN reported that 48% of Americans believe the government is successfully preventing the spread of the virus while 47% believe it has done a poor job of prevention. Some Republican officials were encouraging their citizens to continue to venture out to restaurants and businesses even at the end of March, whereas Democratic leaders, mostly in charge of large metropolitan areas, ordered for immediate closure of businesses, according to The Atlantic. The priorities seem to be split between economy and public safety. Both of these are important and need to be cared for during this difficult time, but not at the expense of each other. We need to find a common ground between supporting businesses and maintaining prevention, or this division will cost us more than it already has.

We were not created to be divided. Paul says in 1 Corinthians 1 that we are to be “united in the same mind and the same judgement.” Although he is addressing a community of believers, this can apply to our nation, as well. We are divided, yet we are called to live in unity and must take action to uphold that responsibility.

There will always be differences in this nation. However, diversity should not come as a packaged deal with bargaining the lives of the lower class and the racial minorities, and political preferences should not stop us from caring about each other’s enterprises and physical needs. Unity in our local communities is great, but we can do more to address our national division and structural issues. We must fight for the safety and health of those less fortunate. Whether it be by demanding better healthcare for low-income citizens or supporting businesses through online orders, this is a democracy and we all have a voice. Contact your congressman, your senators, and your governors and find out what your state is doing to help those in need. Together, we can work towards unity and mend the national division that is plaguing us.