Spring athletes can claim an extra year of spring competition due to COVID-19. 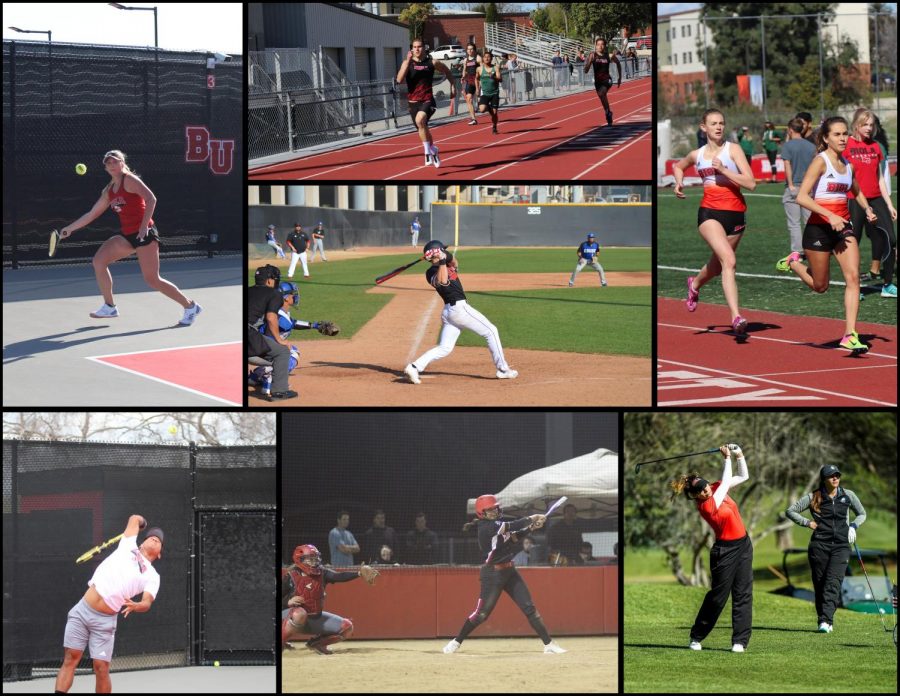 The NCAA Council has granted an extra year of eligibility for all spring season athletes who had their seasons cut short or canceled due to the coronavirus outbreak. The extension is applicable to all spring student-athletes, not just seniors.

NCAA rules usually limit athletes to only four seasons of play within a five-year window. However, the Council has allowed for universities to grant a one-year extension of eligibility past the previous five-period maximum.

“Our administration will share a survey with our spring senior-eligibility student-athletes,” said Senior Director of Athletics Bethany Miller. “These student-athletes will have the opportunity to request to continue their athletic careers at Biola.”
MONEYBALL
Even with the option for an extension, there are some drawbacks for those who decide to redeem their extra year. It is still uncertain of the exact amount of aid student-athletes will be receiving.

Scholarships will differ from school to school, as universities have the choice to grant student-athletes with or without financial aid in the extended year.

“We will be examining the financial impact on team budgets and scholarships and will do whatever we can to support our student-athletes who desire to stay at Biola in 2020–21,” Miller said.

Generally speaking, the financial aid students will be receiving for the extra year is likely to be significantly less—and in some cases, completely reduced to zero according to the Los Angeles Times.
BOUNCE BACK
Biola baseball was at its prime with a 12-2 winning record when their season got cut short because of the coronavirus. The then-No. 8 seed in the NCAA Division II standings was well on their way to a PacWest championship before their greatest opponent, COVID-19, slashed their chances for a 2020 first-place title.

With 35 athletes already signed to the BU roster, it would be challenging to stay within the NCAA restricted guidelines of roster limits by bringing back seniors and also welcoming freshmen in. Thankfully for head baseball coach Jeff Calhoon and his athletes, the NCAA has increased baseball roster limits—but no other sport was given this gift.

“We will potentially see our spring sport rosters expand beyond their normal numbers,” Miller said. “The PacWest Conference has roster limits for travel in some sports, but these roster limits don’t apply to how many student-athletes we can have practice and suit up for home events.”

Calhoon has confirmed that he has a few athletes who are considering the extra year of eligibility in hopes of finishing what they had started earlier this year.

“Being able to regain the year of eligibility for our Biola students is a great opportunity,” Calhoon stated. “For some, it allows for seniors in particular, to begin graduate school work and allows for them to continue to develop in their goal of playing at the professional level for baseball.”
SPRING BACK
Winter sports athletes are not included in the Council’s decision to extend eligibility. As for Biola, all winter sporting teams had finished play before the coronavirus shut down competition, so no athletes are missing out on competing in postseason tournaments.

However, spring sports athletes felt jipped by the unfair yet uncontrollable circumstances presented by the coronavirus outbreak. An Instagram account was created shortly after the NCAA suspended all spring seasons. The account started a petition with the hashtag #redshirtcoronayear to allow for athletes to return for an additional year. Shortly after, the NCAA granted eligibility to players to make up for all the dedication and hard work they had been putting into action.

Angel Escobar, a senior accounting student, had been training since December for a stellar season ahead. The track and field team had only competed in a handful of meets before the coronavirus shut down athletics nationally.

“When I found out we were going to get our season canceled, I was devastated because this would have been my last track season,” Escobar said. “The fact that they are giving me and all the seniors all around the country an opportunity to come back and compete again next spring is fantastic.”

Escobar is graduating in the fall, but the possibility of a return could be in the mix. For him, it depends on whether he decides to get his MBA or go through the Masters of Professional Accountancy program to stay eligible after graduation. Other senior track and field athletes have already made up their minds and have decided not to return, even given the chance to.

“I won’t be returning after this year, mostly because I think I’m ready to move on to the next chapter in my life,” said Corry Williams, a senior cinema and media arts major.

While the cancelation of the spring season has been saddening for most, there is still a shred of light to be found.

“I think this whole situation has brought us together and made us closer,” Escobar said. “It’s also made us realize that we should never take this sport for granted, no matter how tired we are.”