The pass/fail grading system could save your sanity

School is the last thing we should stress over. 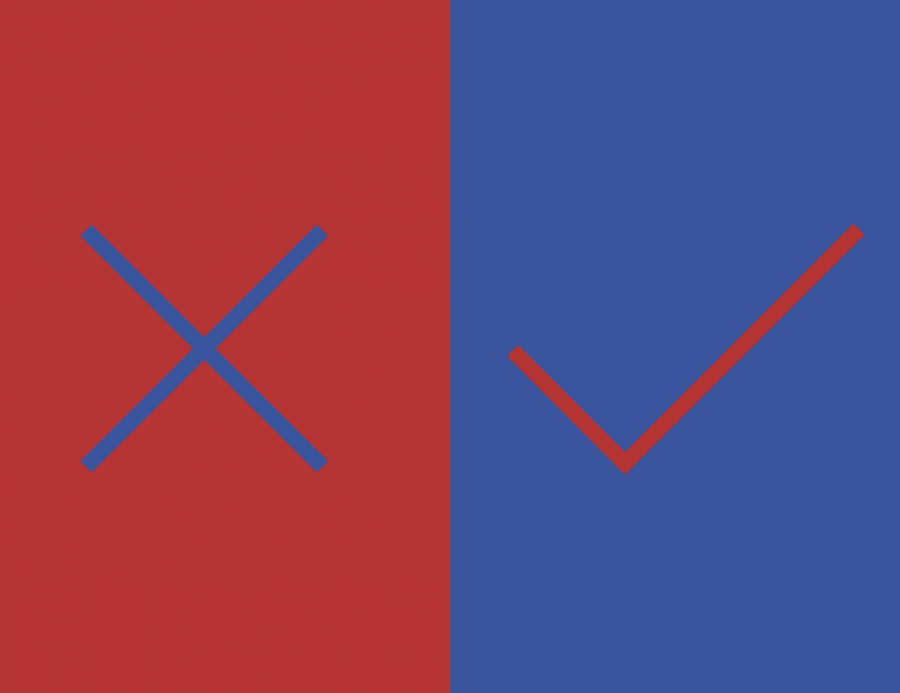 The education system is an institution Americans have relied on for the advancement of their futures. Now, it’s unraveling. Universities across the nation are doing everything in their power to keep their curriculum running as smoothly as possible—even if running smoothly means they barely run at all.

As the coronavirus uproots our normal class procedures, the pass or fail grading system is becoming increasingly popular among colleges, including Ohio State University, Harvard College and the University of California Berkeley. Even an anonymous instagram account, @biolaopeninformation, has recently opened a petition to adopt this new system for Biola.

This form of grading replaces the typical A through F grades with a definitive pass or fail, usually rating everything above a D- as a pass, and anything below as a fail, though it may vary from school to school. Not only is this beneficial to students, but it’s what our country needs during this time of crisis. In order to be fair to students and ensure that they have a future to look forward to, it is pertinent that we give them and their professors the space to take care of themselves and their communities, first and foremost.

Read: The pass/fail grading system could severely affect your GPA
RESOURCES ARE LIMITED
Yes, COVID-19 has produced an abundance of time for some who have returned home from college, but it has not necessarily provided all the requirements necessary to continue with daily academia. For many, education is not accessible without campus resources. Georgetown University had advertised their own petition, on the basis that separation from their campus incurs separation from professors, TA’s, library materials, practice rooms, labs and more educational necessities. Although Dartmouth is trying to continue classes with Zoom and other video chat platforms, as many others are, it’s just not enough.

Assuming students retain access to school resources neglects the reality that many students face. According to Phys.org, three million college students live without home internet access. In this time where technology is required, more than ever, for one’s education, it is impossible to imagine asking students to continue their studies at home without the cushion of support a pass or fail grade would provide.
RESPONSIBILITY OF THE ESSENTIAL
Seventy to 80% of college students balance a job with their school, and a large majority of them are in food service, according to the College of St. Scholastica. While many have had to leave their jobs amid COVID-19, whether that be from moving back home or from the temporary closing of businesses, a large population are considered essential workers and have remained in the workforce—namely, in the food industry. Considering the immense amount of stress and pressure these workers must be under, it is cruel to even think of asking them to focus on school work in the same capacity that they could on campus.

Work is not the only responsibility outside of education, though. The New York Times reported on a junior from Dartmouth College struggling with new familial responsibilities placed on him since returning home. Students like this would love to focus on academics, but when “a lot of people are depending on [them],” it’s unfathomable to force them to turn their attention elsewhere.

These college students are prioritizing what’s important, and if we want to do right by them, then we should, too—by administering pass and fail grades.
REPLACE AN OUTDATED SYSTEM
In this time of need, Forbes emphasizes that a pass or fail system would relieve certain stresses caused by the active daily measures that people are taking against this virus—but that’s not all. Further studies have shown that pass or fail grading systems offer a reduction in stigmas against low grades, lift students’ spirits and alleviate the pressure that comes with competing for that A+. When the hold that traditional grading has on students is released, students are more likely to take risks and exceed expectations—to put in the effort.

Although the pass or fail system would dampen class responsibilities for this semester, academic passion would not die out. At the end of the day, we are still students—in and out of quarantine, we are always learning. Whether we are graduating seniors or spring semester freshmen, we all deserve to take a step back and exist in this crisis together, not as classmates, but as people cherishing the present and striving for a future beyond COVID-19.