Office of Innovation helped junior Victor Miller get back to pursuing his dream through entrepreneurship. 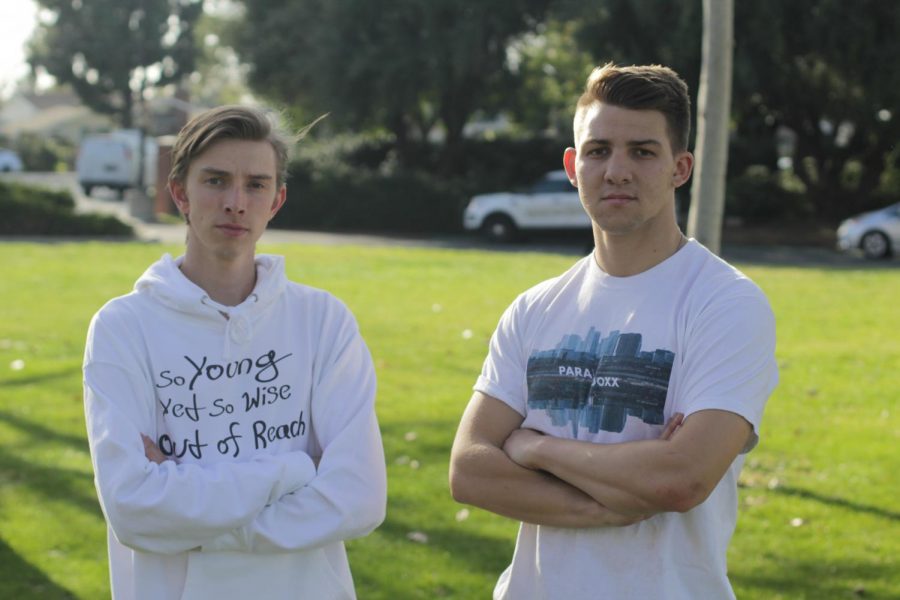 Editor’s note: A previous version of this story stated that Miller had not yet received the money and that the prize was $10,000. ParaBrands actually won a total of $15,000 in prize money, which Miller received in his business account on March 26, 2020. The article was edited on March 27, 2020 at 7:18 p.m. to reflect these changes.

Nearly one year ago, ParaBrands, a company spearheaded by former business student Nick Rumer and current owner, junior cinema and media arts major, Victor Miller, took first place at Biola’s Startup Competition and won a grand prize of $15,000. But getting a hand on the money wasn’t so simple. Due to a year-long miscommunication, ParaBrands is only now receiving the prize money.
THE FIRST DEPOSIT
Miller first deposited a $15,000 check into a ParaBrands’s business account in August. Jordan Terranova, operations manager for Biola’s Office of Innovation, confirmed the deposit with her office’s records reading Aug. 14, 2019.

After depositing the check, Miller said the balance showed up as pending for the following two weeks. Then, the balance disappeared. By that time the check had expired, so it was too late to try and deposit it again.
SCATTERED SIGNATURES
Miller then called the bank and discovered they flagged the check as fraudulent and needed verification from Biola’s Accounting Department.

In order to officially obtain the prize money, the team needed to fill out legal and accounting paperwork provided by the Office of Innovation. This proved difficult for ParaBrands because its members were scattered across the country.

Terranova said this step causes the most trouble for winning teams.

The first week of March, Miller received an email from Accounting that the ParaBrands prize check had cleared. However, Miller had bank statements claiming the opposite.

“At this point it’s been almost a year since we won,” said Miller. “It’s been somewhat discouraging just because I had a lot of plans that I was ready to go forward with.”

The hold caused Miller to worry about how “hitting the pause button” would affect the momentum ParaBrands had last spring.

“But the one thing that has been my rock through this whole situation is [Executive Director of the Office of Innovation] Robert Harp, the guy who runs the business startup program,” Miller said. “I have been in his office continually all year and he’s been fighting tooth and nail to help me which has just been unbelievable.”
AN END IN SIGHT
Miller, Terranova and Harp worked together to rectify the situation and began to see the fruits of their labor at the end of March.

“[I] said that we would be happy to partner with [ParaBrands] and support them however we could in this process,” Terranova said in an email. “I encouraged the team to contact the bank and get back to me with anything I could do to support them in getting access to the money.”

Miller and his father contacted the bank to discover the check was being held in a separate account.

The bank confirmed that Accounting had been right—on their end, the check appeared to have gone through. However, the money never reached Miller’s account because the bank had flagged the check as fraudulent. The bank had been waiting on a call from Biola to verify the amount and put the check in a holding account in the meantime.
MOVING FORWARD
After months of missteps, Miller and ParaBrands are starting to see the light at the end of the tunnel.

“I’m ready to go as soon as the money hits the account,” he said when the company was still waiting for the final confirmation. “I’ve got shoots planned, the whole season designed. I’m working with videographers who are ready to jump on it the second the hat drops.”

That happened yesterday, when Miller said the $15,000 appeared in his business account. Now, he is free to pursue his passion. During the time Miller waited for the check to clear into his business account, he gratefully reflected on the chance he was given to be an entrepreneur.

“I go forward with this same attitude during this time of pause. We can’t screw up God’s plan, so if this is meant to happen it’s gonna happen, and if it’s not, it’s not,” Miller said. “I just thank Biola for even the opportunity to have done any of this.”