After a year-long preparation, chorale performed a set centered around Christ’s death and resurrection. 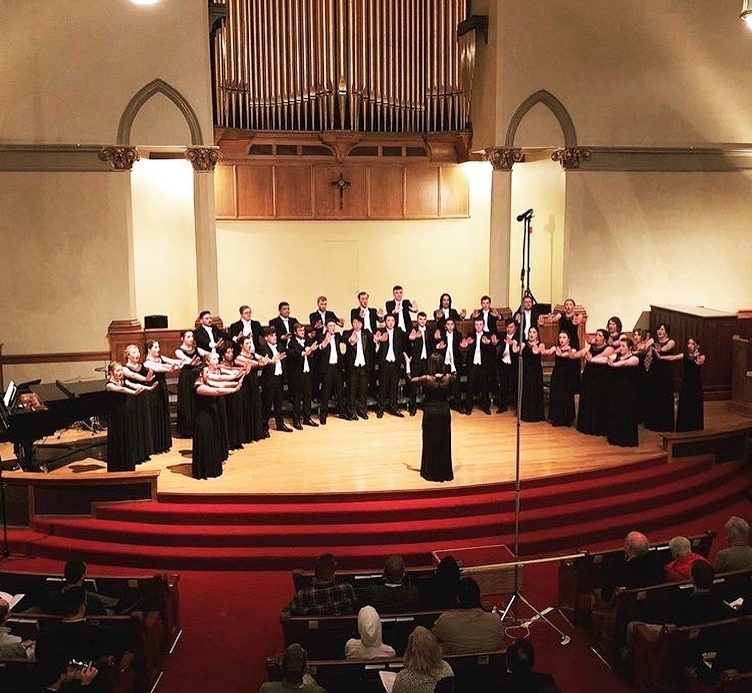 Biola Chorale joined the regional American Choral Directors Association conference in Salt Lake City during spring break as the only Christian university and one of the only college-level choirs composed entirely of undergraduate students. They sung alongside world-famous semi-professional choirs such as the Mormon Tabernacle Choir and the Cal State Long Beach choir.

As ACDA is one of the largest regional conferences, being accepted as a smaller university to perform is a feat. The ACDA holds the Western Region conference every year, inviting singing groups from California, Utah, Nevada, and Arizona to perform during the week of Biola’s spring break. Chorale Director Shawna Stewart sent a recording before the end of last school year to apply for this year’s conference and found out in August that the chorale had been chosen.
FACING DIFFICULTIES
Despite the choir’s hard work and Stewart’s longtime preparation, chorale faced unexpected difficulties. Stewart changed the setlist a few times up to the very last minute before the group left, which meant the singers needed more time for rehearsals, readjusting tuning and individual practice. In the weeks leading up to the performance, seven of the 36 choir members were sick, which made adjusting to the new setlist harder. But the troubles followed the Chorale into Salt Lake City.

On the first night of the group’s stay in Salt Lake City, disaster struck when junior music education major Evan Brooks, who sings bass, was taken to the emergency room. The team soon found Brooks had a viral infection and could not perform. Events again took a turn for the worst when chorale members realized the choreography they had prepared for a piece could not fit the stage.

However, junior music education major Lauren Hardin considers chorale “an intense team sport.” When the choir members began to focus on the positive, they overcame the challenges presented to them as any team would. Senior music major David Choi stepped up and learned Brooks’ part, and recovered their performance.

“I think we get along very well because we’re all like-minded in what we want to do,” Meinders said. “We want to make good music. We’re all very accepting. I’ve never had a group of friends that takes care of each other the way we do.”
A STANDING OVATION
As the only Christian school at the conference, the chorale felt pressure to deliver an exceptional performance. The group’s conduct draws significant value to their testimony. But most importantly, they hoped the quality of the performance would bring glory to God.

The songs they chose were meant to detail the emotional journey of Christ’s death and resurrection. Their set list featured classical pieces such as “Gaudium et Patrum” and others, like the ending piece “Norwegian Alleluia,” which symbolizes the light and glorious feeling of resurrection.

“It was a release of energy and emotion we hadn’t had before,” Hardin said.

After their performance, the chorale received a standing ovation from an audience made up of nothing but musical professionals.
LOOKING FORWARD
Chorale members will take this week off of rehearsals after a successful conference and start preparing for more on-campus performances throughout the school year. Students can attend their next performance at the Festival of Song chapel on April 22.