The conference welcomes a new band to campus. 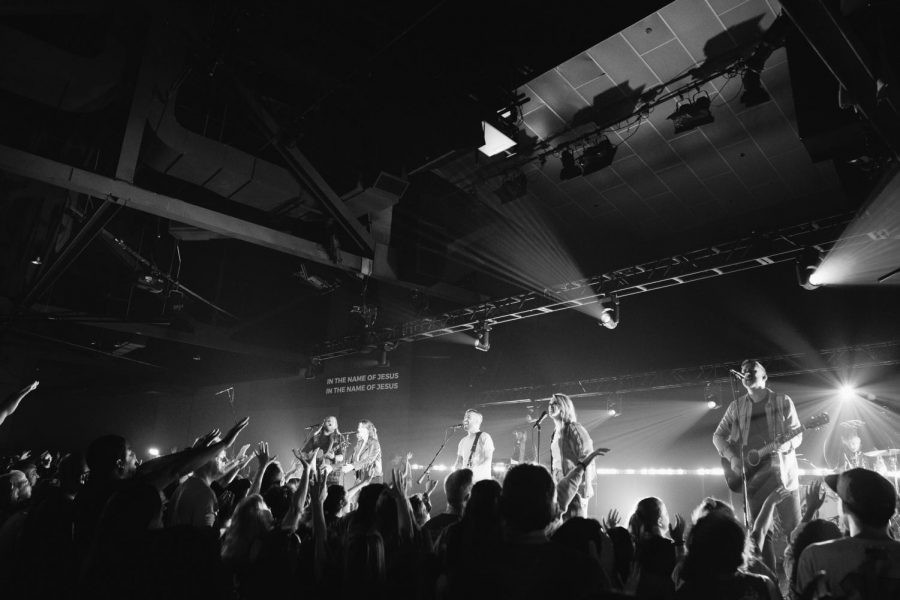 Biola looks forward to a new sound this year at the annual Missions Conference with Chicago-based band, Vertical Worship, who will lead worship for the conference’s main sessions, happening March 18–20.

Though it will be the band’s first time playing for Biola, songs like “Spirit of the Living God” and “Open the Gates” may ignite hints of familiarity within the Biola community.

“We really like how their songs have a good blend of self-reflection and pondering your relationship with the Lord as well as proclamation and excitement as a collective body,” Fieldhouse said.
“UNITED” WORSHIP
Inspired by Hillsong United’s album “United We Stand,” worship leader and songwriter Jake France believes the diversity of ages and backgrounds bring a “fun mix of influences” to the table. France also hopes that Vertical Worship will share the passion of this year’s theme, thanks to the experiences that they have as a traveling band.

“We meet new people every time and as we do that, we get a front seat to see the family of God alive all over the world. We are united in Christ,” France said. “This week at Biola is going to be no different. We’re so excited to see the family of God, from Chicago to LA and students from everywhere in between lifting high the name of Jesus, doing what we were all created to do.”
A NEW HOME
Though Biola welcomes Vertical Worship onstage for the first time, France trusts their community-centered music will allow conference-goers to feel at home. He describes the band’s style of worship as congregational, rooted in God’s Word and singable.

“All of us in Vertical Worship are part of a church in Chicago,” France said. “Some of us have been here for more than a decade, and some for just a few years. When we write songs and record them, we do it with our church in mind.”

To further familiarize Biolans with the band, France shared they will also connect with the students off stage. As a band who prioritizes quality time, Vertical Worship will encourage students to approach them and create personal connections when they are spotted on campus.

The band also intends to share songs from their most recent album “Grace is On Our Side,” which they will release this Friday, March 13.