The directors will officially introduce the theme at tonight's Afterdark chapel. 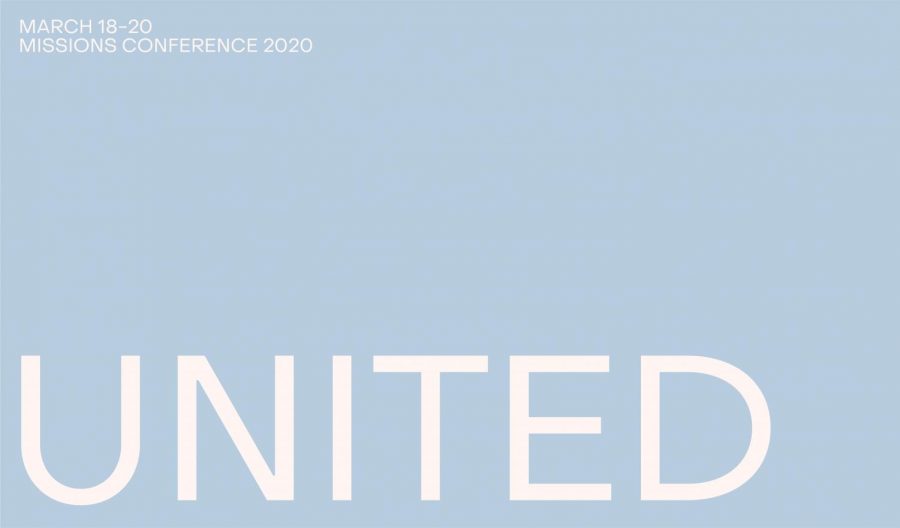 This article was updated on March 11 at 7:27 p.m. after the AfterDark chapel where the theme was to be announced was canceled.

The 2020 Missions Conference theme is “United.”

This year’s theme emphasizes that all vocations and areas of studies have a part in God’s plan and encourages students to come together as a “united” body of Christ.

“We really want to make a point of, everyone’s different, everyone has different skills and passions but they’re all working for the same purpose—God,” said conference co-director and junior business analytics major Brynn Fieldhouse. “We just want to empower them and remind them that whatever they are doing for Christ, no matter where they are in the world, they are not alone.”

Directors Fieldhouse and senior kinesiology and Christian ministries major Josh Saucy planned to announce the conference theme at AfterDark chapel on March 11 at 9:10 pm. However, the chapel was cancelled due to increasing precautions taken by the university to prevent the spread of the COVID-19.
THE STORY BEHIND “UNITED”
Both Saucy and Fieldhouse have served on staff at the annual student-run conference ever since their freshmen years. With this year’s theme, they hope to pick up the torch of last year’s theme, “Ambassadors.”

“We really wanted to create an atmosphere that follows up from last year’s theme of ambassadors that focused on identity,” Saucy said. “Now bouncing off of that, we want to show [the Biola community] what to do with that and where they belong .”
THEME VERSE
The theme verse for this year’s conference is Ephesians 4:1-16. According to Fieldhouse, the passage was selected because it best embodies the concept of having one spirit, one body and one purpose.
“UNITED” VISUALIZED
According to Fieldhouse, the conference will feature both word and visual cues that emphasize circles as a representation of the theme.

“A lot of circles will be used because a circle is simple, connected and cohesive and it communicates a strong message because the gospel is simple as well and so impactful in that simplicity,” Fieldhouse said.

Saucy describes the circle as a symbol that will remind students that they are not alone. Multiple art pieces and displays of a circle will be placed around campus during the conference.

“There are circles everywhere you go,” Saucy said. “I’m planting the theme of the circle and united so that whenever they see one they can go back to it.”