Both men and women’s tennis shut out the University of Saint Katherine. 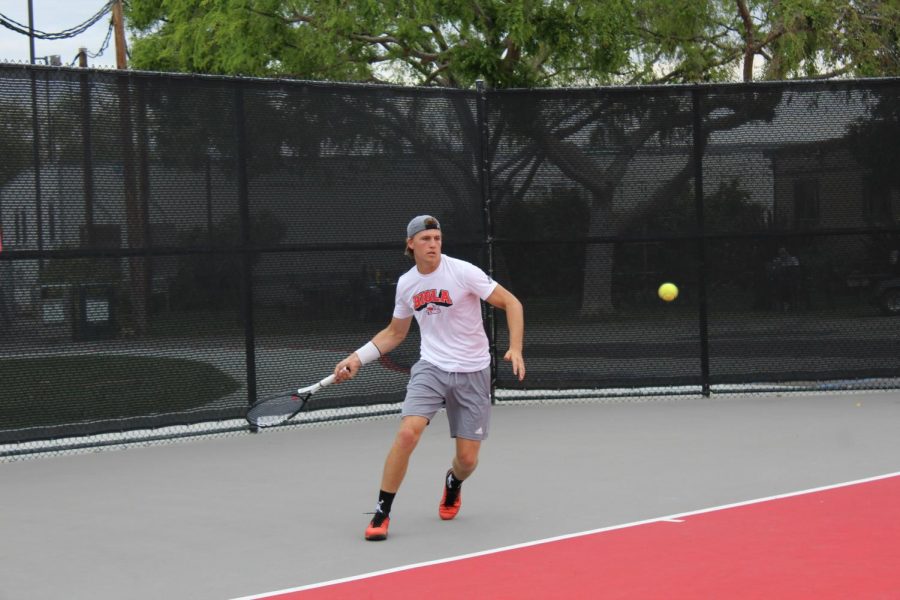 Biola tennis had a day to remember on Monday, March 9. Both the men’s and women’s tennis teams defeated the University of Saint Katherine Firebirds in convincing fashion. Both teams looked great, as the men won 4-0 while the women won 5-0.
WOMEN DOMINATE IN DOUBLES, SHINE IN SINGLES
Freshman Colbeyshae Emery and senior Lauren Lee kicked off the doubles matches with a 6-0 victory. Both players came out strong and looked confident in the win. What made the shutout even more impressive was their unrelenting determination, even when it became clear they had the match locked up.

Emery also shined in her singles match, winning 6-0 in her two sets. Sophomore Ines Diaz won her first two sets as well. Diaz easily earned her victories by also shutting out her opponent through two sets. Sophomore Anna Hartmann and junior Lily Waterhouse handed their opponents shutouts as well.
MEN SHOW UP, EARN OUTSTANDING VICTORIES
The men won all of their doubles matches by scores of 5-2, 6-1 and 6-3. The team played well and each pair of doubles partners seemed to have great chemistry in each set. Junior Quentin Lau and senior Derek James starred for the Eagles in their 6-1 triumph.