Softball squeezes by in back-to-back victories

The Eagles extend their winning streak to seven after doubleheader victories over Concordia University-Portland. 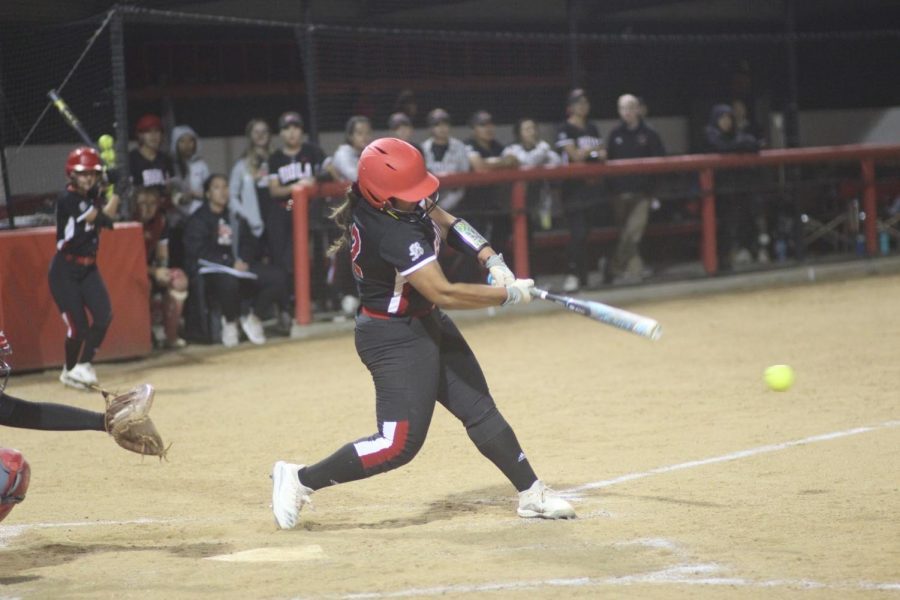 Biola softball entered into a two-game series against Concordia University-Portland on Saturday morning at Freedom Field. BU was still riding on the energy that granted them five previous wins going into today’s game. The momentum carried on, as the Eagles found themselves on the right side of the 5-4, 4-3 victories over CUP.
HOT STREAK CONTINUED
The Cavaliers showed up firing in game one. Four quick runs in the top of the third gave them a commanding 4-0 lead over the Eagles. However, BU didn’t panic. They kept their composure and fought back late in the game to make advances on Concordia. Junior shortstop Ruth Munoz sent an RBI and double to right field to allow sophomore first baseman Kiana Meriales to advance to third. The sequence sent junior center fielder Tori Apodaca to cross home plate for their first run of the game. Still down three, it was time to lock down on defense in the top of the seventh.

The Eagles held the Cavaliers off on runs and went off in the final inning of the game. Junior second baseman Kylie Velasco began Biola’s run when she scored off of an Apodaca RBI. A monster double by sophomore centerfielder Jennifer Morinishi sent Munoz and sophomores outfielders Caitlin Fowble and Sicili Brittingham to homebase, putting the Eagles up 5-4 and securing the victory.

Game two carried the same intensity as the end of game one. Biola found a quick run in the bottom of the first when Munoz scored on an error. CUP came back in the top of the third to tie the game, but the Eagles refused to let them gain the lead. Munoz scored again off of a Morinishi double. Morinshi then scored a run of her own, thanks to Velasco, who sent a flier out to right field. In the bottom of the fourth, freshman left fielder Loren Meza scored off of a Munoz single down the right field line, putting the Eagles up 4-1.

The game was seemingly in the bag, but the Cavaliers made one final push in an attempt to steal the game. They scored two runs in the top of the seventh, but it wasn’t enough to top the Eagles. BU walked away with their seventh straight win after defeating Concordia-Portland, 4-3.