In anticipation of Niall Horan’s new album, listen to these Niall Horan essentials

What can fans expect from Horan based upon his previous work? 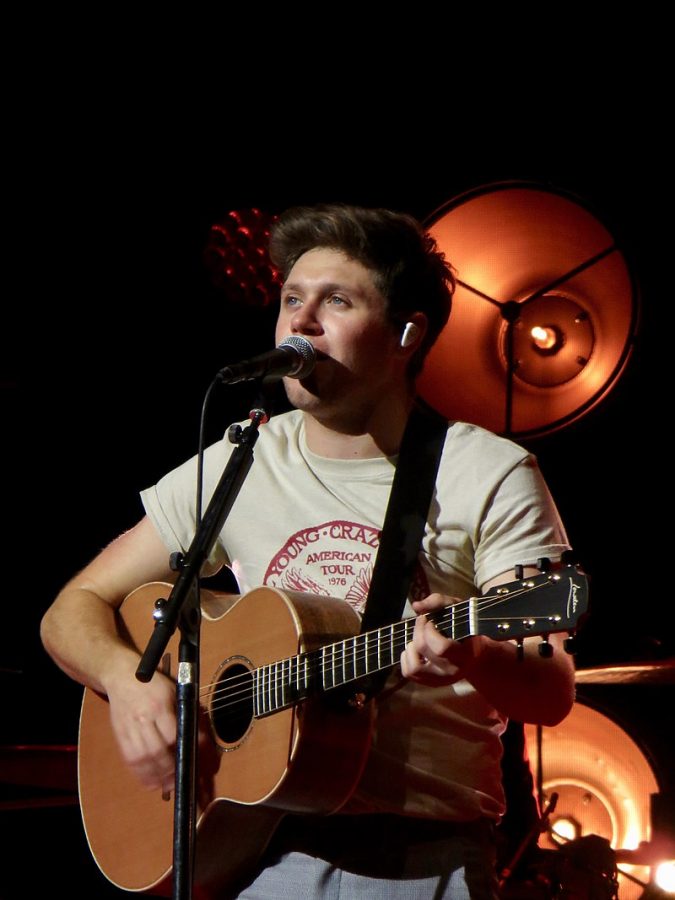 Former One Direction heartthrob Niall Horan announced via Twitter on Jan. 26 that his second album is finally complete. “Heartbreak Weather” will be released on March 13, right before his tour begins. In anticipation for his second album, here’s a playlist of his biggest hits.
1. “Slow Hands”
Released in September 2017, “Slow Hands” remains Horan’s biggest hit. It peaked at No. 11 on the charts, staying there for 34 weeks. It is seductive with a scuttling base-line, showcasing Niall’s signature swagger. With slightly raspy vocals alongside catchy riffs, it is perfect for a house party or a late-night road trip.
2. “This Town”
A sweet, acoustic bop, “This Town” is the kind of song one could listen to in the car after a breakup and cry—even after three months. His voice is smooth and longing as he sings heartbreaking lyrics throughout the chorus. His second most-listened-to song peaked on the charts at No. 20 in January 2017.
3. “Flicker”
The namesake of his debut album, “Flicker” is another acoustic heartbreaker, as orchestral interludes float between well-written fingerpicking. Horan sings about hope and desperation for a person that remains in his life, with emotions practically bleeding through the lyrics.

“Still a flicker of hope that you first gave to me/ That I wanna keep/ Please don’t leave,” Horan sings in the chorus.
4. “Nice to Meet Ya”
In contrast to his other songs, “Nice to Meet Ya” is edgy and defined, a head-banger that somehow manages to portray catharsis and love to the listener. Again, it is seductive as Horan sings “Every time I turn around/ You disappear” in the chorus. It opens with a heavy-hitting piano chord progression and some clever rhyming before immediately dropping into the fast-paced, riff-heavy interlude. Overall, the enormous song could easily fill a stadium.
5. “No Judgement”
“No Judgement” has a salsa-influenced beat with a well-layered progression. It sounds squeaky clean in terms of production, while there are no hints of authenticity as seen in “This Town.” Reminiscent of Hunter Hayes, this bop also sounds like it would play on a country radio station. It recently peaked on the charts at No. 97 this month.
6. “Put a Little Love on Me”
Another piano-driven ballad, sweet and dreamy “Put a Little Love on Me” is exactly what his audience would expect in terms of lyrics—a lovesick Horan who wants someone to love him. Although Horan aims the track at his still-adoring female fans, his audience might ache for some discussion on deeper topics.
7. “Paper Houses”
Calming and rhythmic, “Paper Houses” portrays a theme of heartbreak. Over a classic band background and a soaring chorus, Horan’s smooth voice croons through the song, pulling the listener in.

“Why do we climb to fall so far?” Horan questions in the outtro.

Heartbreak and longing are consistent themes for Horan, and the listener could speculate he wrote this song after “Flicker,” simply because it is about someone leaving after fighting for a relationship that would inevitably end.
8. “The Tide”
This song’s second recording captivates listeners with its collaboration with the RTE orchestra. Some artists sound better in the studio because of recording technology and post-production, but this is not the case for Horan, where the live version is arguably better than the recording. Swelling and moving, “The Tide” carries the message of fighting for love, as it features a driving beat, orchestral layers and Horan’s brilliant vocals.
9. “You and Me”
Reminiscent of John Mayer, “You and Me” opens with a lazy riff and some studio drums. As the song progresses, it is a slow dance in a junior high turned 20-something love anthem. It could easily cross into the genre of country, leaving the listener eager to roll down the windows and let everything go in the name of love. Horan’s smooth and tightly controlled vocals could hold any listener in a trance, leaving his audience in such expectation for his upcoming work.