Understanding Israel is the best way to peace, the potential club’s leaders say. 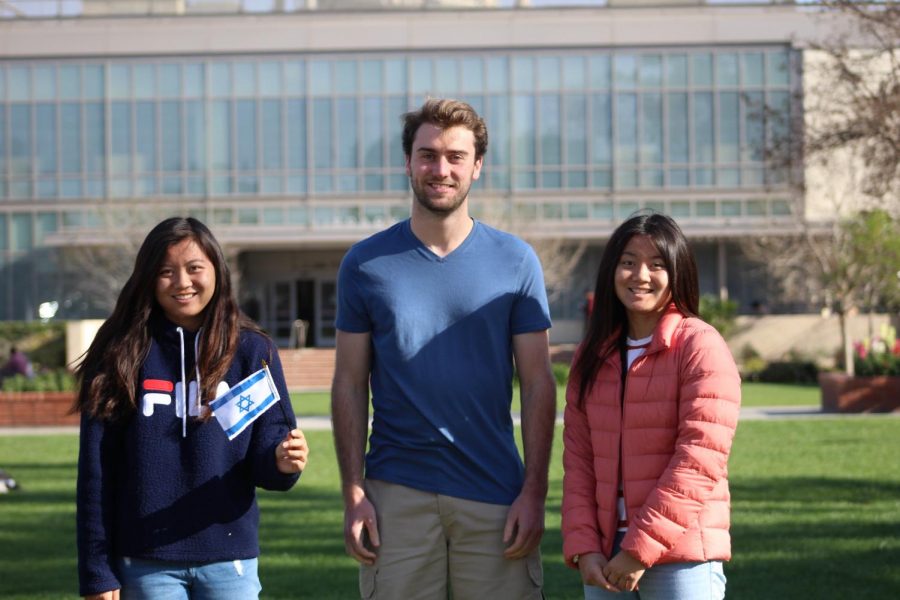 Twenty-four million people in the United States––including 9% of Christians––harbor anti-Semetic attitudes, according to the Berman Jewish DataBank. That means that the estimated 6.85 million Jews in the United States are viewed with prejudice by 10% of the United States’s population. Sophomore biblical and theological studies major Caleb Britt and West Coast Coordinator for Christians United for Israel On Campus Lydia Yazzie hope to bring conversation about Israel to Biola by starting a CUFI chapter on campus. They are in the process of becoming a Campus Engagement recognized club.
SPACE FOR CONVERSATION
According to Yazzie, Israel is important to Christianity because the Holy Land is the foundation of the Christian faith. Jesus was Jewish and many foundational biblical sites are located in and currently protected by Israel.

“A lot of people in the West are not aware of [anti-Semitism] because it doesn’t directly affect us,” Britt said. “But I think that Christians have more of a responsibility to be aware of it simply because of the idea that without Jewish people and that nation, we wouldn’t have our faith.”

Christians United for Israel is an organization created to fight anti-Semitism in the United States by informing the public about Israel and supporting the nation through campaigns and prayer. CUFI supports US-Israel relations because it believes Israel has a right to defend itself from international attacks. A branch of the larger organization, CUFI On Campus aims to teach college students how to open up the conversation about this Middle Eastern country.

“The common thing with most Christian people is that they’re like, ‘Oh, yeah, yeah, we support Israel,’ but they have no idea why,” said graduate apologetics major Samantha Brush. “I grew up conservative Christian and I was like, ‘I know that I’m supposed to be pro-Israel, but I have nothing to back that up.’”
PROTECTING A PLACE OF FAITH
Protecting Israel is a biblical responsibility, according to Britt. He realized his interest in evangelizing to Jewish people after a trip to Israel in July 2018. He decided to start the club last November.

“They are so close to receiving the gospel, and yet so far because they have hardened their hearts toward Jesus as the Messiah,” Britt said. “That is what peaked my interest for Israel and for the Jewish people.”

Britt is one of a handful of students interested in defending the proper representation of Israel. At a recent interest meeting for the prospective club, freshman history major Catherine Grattan shared that she wanted to join CUFI after visiting Israel during a church trip with her family.
INCLUDING PALESTINE
If formed, the chapter will give Biola students an opportunity to participate in sponsored campaigns that reflect Israel’s humanitarian work across the globe. CUFI is putting on a Palestinian human rights campaign because while they are concerned with backing Israel, the organization does not want to neglect the Palestinian people.

“The Palestinian people are being oppressed, they are being hurt, but we need to talk about who it’s by,” Yazzie said. “It’s rarely by Israel.”

By engaging in campaigns such as these, Yazzie believes Biola’s future CUFI chapter has the chance to show students the heart Israel has for people– without siding against the Palestinians, who also need to be advocated for.

“Just because we might receive a lot of hate from one side doesn’t mean that we are going to hate back,” Yazzie said.
SO, LET’S TALK ABOUT ISRAEL
In addition to participating in CUFI-sponsored campaigns, Britt also hopes to start campaigns on campus that create awareness and engage the Biola community.

“As hard as we’re working to fight anti-Semitism and pursue peace for Israel, there are other people who are just as equally fighting for the removal of Israel,” Britt said.

In addition to prayer for Israel, Britt emphasized that their goal as a chapter would be to familiarize the Biola student body with Israel in order to prevent anti-Semitism.

“It’s just an extension of what we’re doing here at Biola, which is growing in our knowledge and understanding of God and how we’re supposed to respond to be His children and that’s by bearing the burdens of his children across the world,” Britt said.