The men’s and women’s tennis teams topped the Bulldogs, 5-4 each. 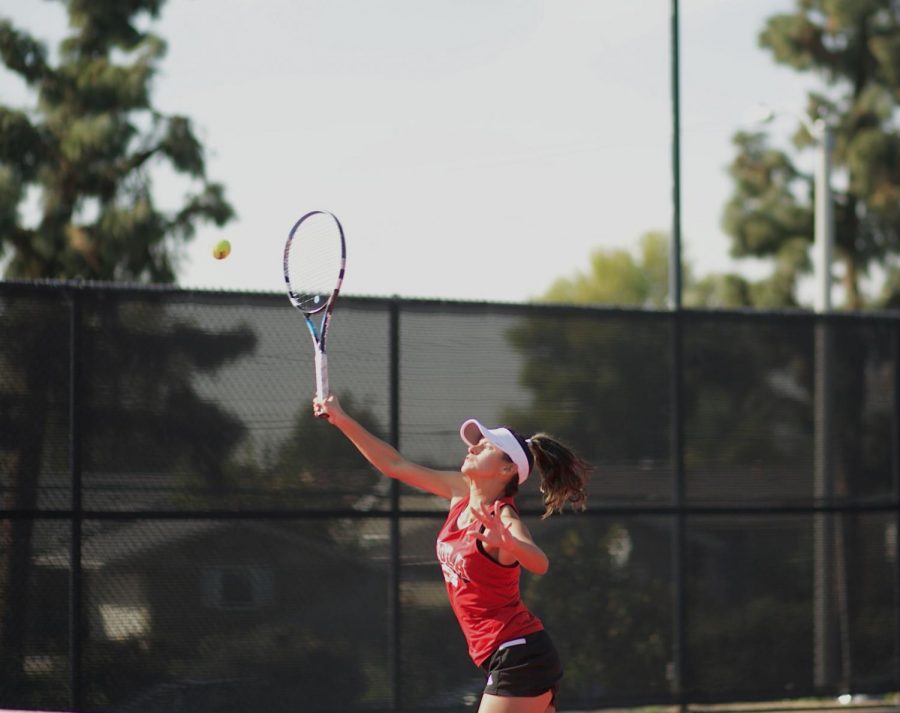 Men’s and women’s tennis took to the University of Redlands Friday afternoon, looking to bounce back from recent struggles. The women, led by freshmen Colbyshae Emery and Brooke Fager, got the ball rolling as they squeaked by to win 5-4 overall, including four singles wins. The men took on the same energy of the women, winning 5-4 as well.
CLOSE WIN
Emery and Fager dominated the No. 1 doubles match. A quick 8-4 victory set the tone for the duo as they entered their singles matches moments later. Emery won her first singles set 6-3 and clenched her second 7-6. Fager defeated her No. 2 singles opponent 6-2 in both of her sets. Senior Allison Torres reigned in her first singles match win of the day at 6-2, and followed up with a commanding 6-1 victory in her second set. Junior Madison Swaney earned the No. 6 singles win, 6-3, 6-2.

The men brought home two of the three doubles match victories. Sophomore Andres Meneses and junior Logan Blair secured the No. 2 doubles in a 8-3 win. Junior Quentin Lau and senior Derek James came out on top of a close matchup, 8-6. Sophomore Alexei Prokopchuk led the way into the singles matches, winning both of his No. 1 sets 6-4, 6-2. James and Blair took their doubles to three matches each, James winning his final match 6-3 and Blair winning by a hair, 7-6.

The Eagles will look to continue their winning streak on Saturday, Feb. 22 at the Biola Tennis Center against Sonoma State University at 10 a.m. and 12:30 p.m.