The Eagles came out to play and dominated on Friday. 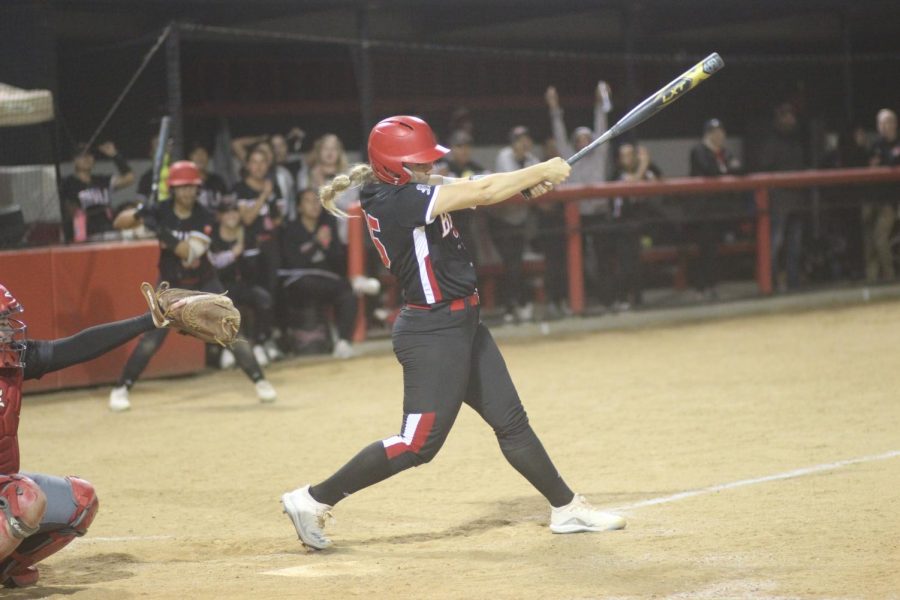 Biola softball took the first two games of a four-game series with the Academy of Art on Friday, Feb. 21. The Eagles were coming off a win in their last game and continued that success in their wins today. Biola was dominant in game one, beating the Urban Knights by a score of 8-0. Game two was a low-scoring nail-biter which the Eagles won 2-1.
EAGLES SOAR IN GAME ONE
Game one was all about Biola. The offense came out red-hot with a quick four runs in the second inning. Sophomore center fielder Jennifer Morinishi began the scoring outburst with a bases-loaded double to the left-center field gap, driving in all three runners. Senior catcher Kayla Neff followed with a double of her own to drive in Morinishi. The girls did not look back from there—as they would go and tack on another four runs and eventually win the game 8-0.

Junior right-handed pitcher Paige Austin was overpowering on the mound, as she did not allow a run over five innings and struck out five while only allowing one hit and one run. Austin improved her personal record to 3-1 in the victory.
GAME TWO GOES DOWN TO THE WIRE
Biola’s offense was on fire in game one but slowed in game two as they could not muster a run through the first four innings. Fortunately, the Eagles’ pitching staff kept them in the game. Senior right-handed pitcher Paula Damas got the start and delivered a strong performance over five innings by only allowing one run and striking out three. Biola continued to fight and finally gave their pitcher some run support in the bottom of the fifth.

With the Eagles trailing 1-0, junior shortstop Ruth Munoz came to the plate with a runner on base and promptly tripled to right-center field, driving in the tying run. Morinishi followed with a double to drive in Munoz and give the Eagles the lead.

In the top of the sixth, Biola summoned Austin to relieve Damas and close out the game. Austin was lights out over the final two innings of the game and did not allow a hit. She struck out three, giving the Eagles the 2-1 victory. Austin earned her first save of the season, and Damas earned the win to push her record to 2-0.

“We’ve had a short season so far, our opening weekend at the beginning of February gave us a glimpse of what kind of season we’re headed towards,” Munoz said. “We’ve had multiple games that have been by one run and that shows we are a team that fights until the end. We definitely feed off of each other, whether that’s hit after hit or great consecutive defensive plays.”

The girls will wrap up their series with the Academy of Art on Saturday, Feb. 22 with another doubleheader scheduled for 12 p.m. and 2 p.m.