The Chimes editors weigh in on the Eagles’ performance. 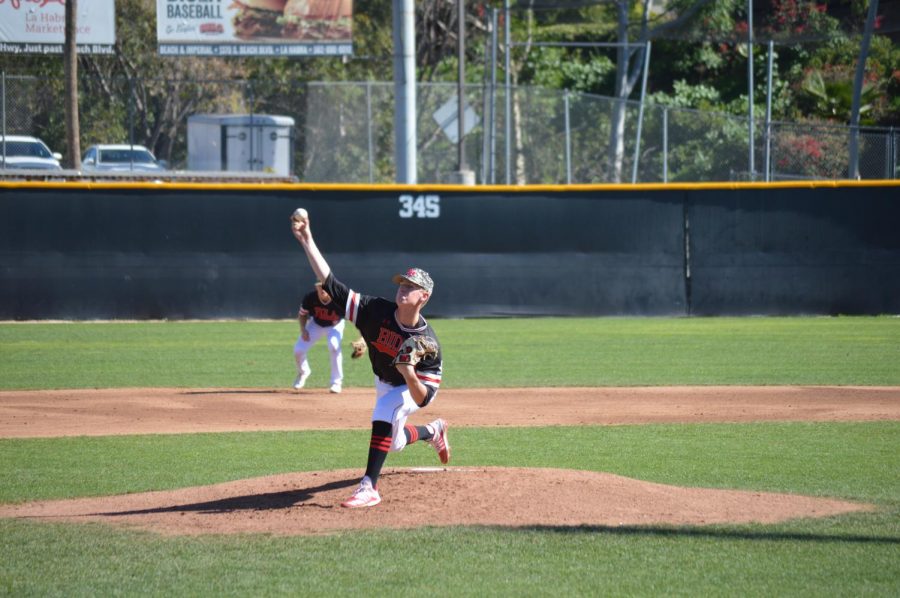 (This story was originally published in print on Feb. 20, 2020).
No. 1: BASEBALL
Sitting at .900, the Biola baseball team is on a five-game winning streak. BU began their 2020 season with four-straight wins, three of which were against California State University, Monterey Bay. The Eagles’ only loss of the season thus far has come at the hands of the California State University, San Bernardino Coyotes, 2-11. The Eagles bounced back from the fluke defeat and steam rolled the University of Colorado Colorado Springs in another four-game reign.

Sophomore pitcher Larson Kindreich has struck out an astounding 35 batters out of 68, throwing 51% from the mound. Junior second baseman RobertAnthony Cruz is hitting at an exceptional level (.400), totalling 10 runs off of 14 hits. Junior designated hitter Ryan Gallegos lies right behind Cruz, batting a .387 off of 12 hits this season.
No. 2: WOMEN’S BASKETBALL
The women’s basketball is on the brink of greatness. Riding at 16-9 overall, the Eagles currently sit in the Top 4 of the PacWest conference, which has earned them a berth in the postseason tournament. They play some of the best defense in the conference, holding PacWest teams to 36% percent shooting on average.

The Eagles are being led offensively by five-time PacWest freshman of the week freshman guard Stephanie Lee, who is averaging 10.3 points-per-game on 43% shooting from 3-point range. Junior forward Junior Jazz Benn is also starring, averaging 10.7 points, five rebounds and three assists per game.

(Stats) Four players averaging 10+ points. 36% opponent field-goal percentage. 34% three point
No. 3: SWIM AND DIVE
Biola swim’s season ended in glory as the men and women both took home third place in the Pacific Collegiate Swim Conference tournament. Two swimmers, freshmen Kolya Vos and Gabe Weber, earned NCAA cuts that could lead to them participating in the Division II championships, though it is unlikely they will advance.

A highlight of the Eagles’ season was their senior night, held during a meet against Concordia University Irvine on Jan. 18. Despite the loss on the scoresheet, the team celebrated the careers of four seniors: Kaylyn Schull, Bethany Harper, Andrew Benson and Raymond Kam.
No. 4: MEN’S BASKETBALL
Men’s basketball is toeing the line of a postseason play entry slot, currently the No. 5 seed in the PacWest conference and 14-11 overall. The Eagles have found success at Chase Gymnasium, winning 10-3 games played at home. As of late, BU has been floundering back and forth from wins and losses. Unable to get a winning streak started, the Eagles are still in a place to make a playoff push with just three games left in the regular season.

(Stats) Averaging 75.8 points per-game. 43% opponent shooting percentage. Junior Michael Bagatourian and senior Marquise Mosley both average 15 points. PacWest leading 78% free throw shooting.
No. 5: SOFTBALL
Having kicked off the season well, the women’s softball team is currently 3-2, including an 8-0 crushing of Stanislaus State. The Eagles are being led by juniors Ruth Munoz and Ari Gonzales. Munoz’s batting average is the highest on the team at .571, and she also leads the team in on-base-percentage at .667. On the mound, junior Paige Austin has a record of 2-1 in her starts and a 2.16 ERA in 16.2 innings pitched.

The Eagles will face their first PacWest opponent of the season this upcoming weekend, Feb. 21-22. The Academy of Art will come to Freedom Field for the four-game series.
No. 6: MEN’S TENNIS
Men’s tennis has been stuck in a rut, trying to fight back from their three-game losing streak. Their season has just started, only five games in at 2-3 overall. The Eagles started the season strong, beating Whittier College (8-1) and Westmont College (7-0) in thrilling fashion.

Sophomore Alexei Prokopchuk and senior Edwyn Ramos are undefeated in their doubles matchups at 2-0. Senior Derek James and Prokopchuk have been slaying the singles matches, 4-1 overall each. James is on a four-game winning streak within the singles matches.
No. 7 WOMEN’S TENNIS
Women’s tennis is in the midst of a rough patch at 2-5 overall. Despite the four-game losing streak, including losses to Azusa Pacific University and Concordia University Irvine, the Eagles have something to look forward to. Many of their players are doing well, including star freshman Colbyshae Emery, who is 5-2 in her singles matches thus far. Partners sophomore Ines Diaz and junior Allison Torres are leading the Eagles in the doubles teams, 3-1 overall.