The annual lip-sync competition was changed due to concerns regarding student well-being. 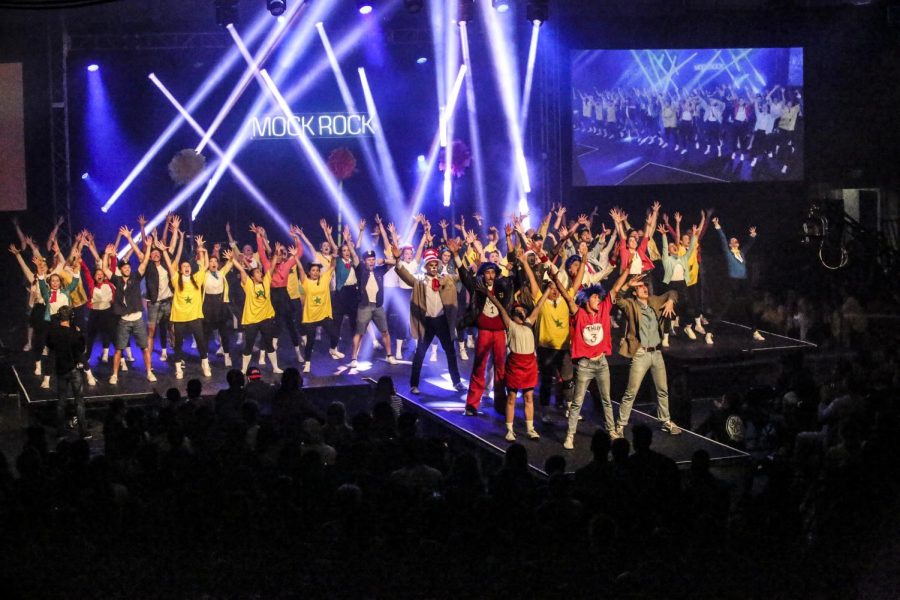 The handbook for Mock Rock this year imposes new limits on spending and practice hours. Teams must end their practices at midnight and must stick to the spending cap of $500.

“There’s concerns about students’ grades going down during this time and yes, you can’t pin it all on Mock Rock because maybe other things are happening too, however, we want to help contribute to student wellness,” said assistant director of Campus Engagement Marcy Komaw Binuya.
LEADERSHIP
In prior competition years, students have complained about long practice hours that often ran into the early hours of the morning. Other concerns related to the cost of participation that may bias the competition in favor of wealthier teams. Biola’s Campus Engagement office is seeking to remedy these potentially unhealthy issues.

Binuya and graduate assistant for campus traditions Gisel Mendez expressed a desire for optimal health among students and cited these new rules as a way to promote mental and physical health within the student body.

“We’re just trying to help them think about it––sleeping is part of your health, which is very important for your academic success, for your success as a student, overall as a human,” Binuya said.

Mendez and Binuya believe these rules will instill a welcoming attitude toward all students and “level the playing field” in regard to money and time needed to participate.

Mock Rock team leaders were required to meet with Mendez and other Campus Engagement officials before practices began. Mendez and Binuya hoped to teach the idea of positive leadership through extracurriculars like Mock Rock.

Team leaders are now required to report money and time spent practicing to Campus Engagement. Campus Engagement also required students to sign a contract that ensures no participants are on academic probation.