The Eagles excelled at the Westmont Sunshine Open and Pomona-Pitzer Collegiate. 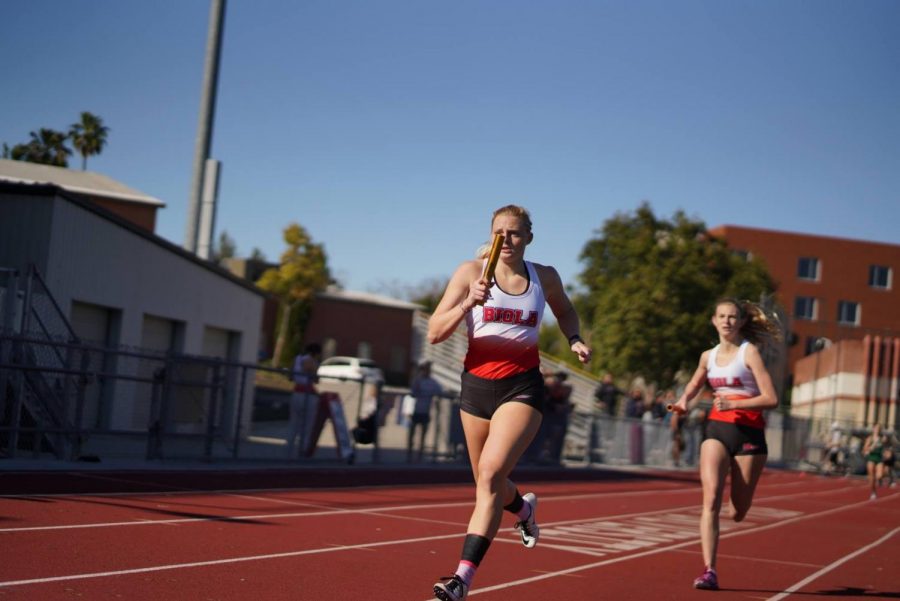 Men’s and women’s track and field had an exciting weekend full of impressive times. The men travelled to Santa Barbara, California on Friday to compete in the Westmont Sunshine Open & Combined Events. They then met the women’s team in Claremont, California for the Pomona-Pitzer Collegiate All-Comers. Senior sprinter and hurdler Corry Williams won the heptathlon while freshman thrower and jumper Kendra Sachse won the record-breaking women’s javelin.
STELLAR START
On Friday, the Eagles were led by Williams and senior Nathaniel Belden. Williams won the heptathlon, with a high jump at 1.81 meters and the shot put at 11.89 meters. Belden finished in second place with a 7.28 seconds 60-meter dash and a 6.04-meter long jump.

The two would go into the second day of the meet with the same energy. Williams took first in the hurdles at :08.69 and second in the 1,000-meter run at 3:00.48. Belden finished fourth overall at 3,743 after his :08.74 second place victory in the hurdles. Senior sprinter Noah Strenn finished at No. 16 overall in the men’s 200-meter, a new personal record for Strenn. Sophomore distance runner Joshua Oglesby ran his personal best in the mile, crossing the line at 4:32.85.
EAGLES EXCEL

The Eagles will take some time off before heading back out on the track and field. They will begin a two-day meet at the Long Beach Opener on Friday, March 6 at 12 p.m.