The Eagles lost to FPU after struggles in the singles matches proved their downfall. 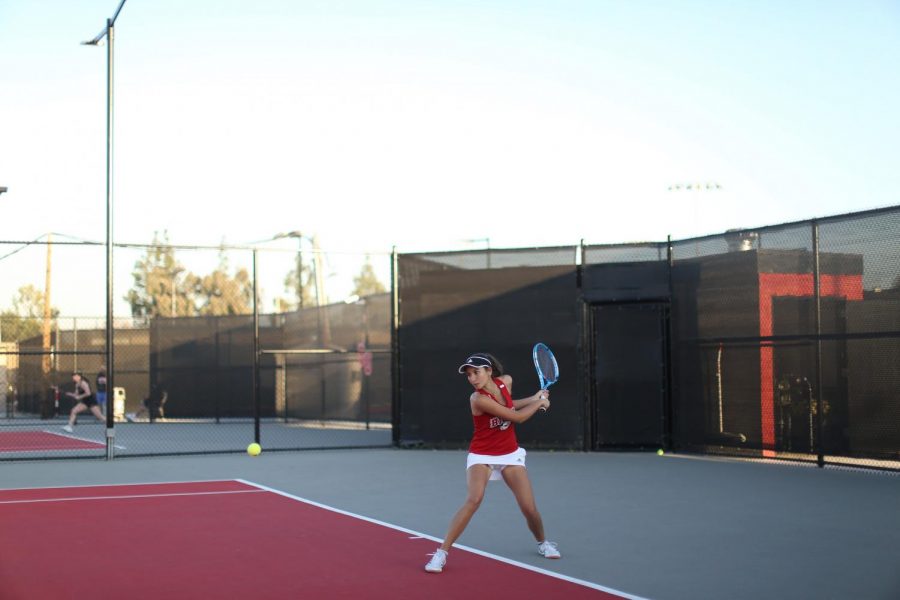 Women’s tennis traveled to Fresno, California on Saturday afternoon in a matchup against the Fresno Pacific University Sunbirds. The Eagles secured two of the doubles points, but found ultimate defeat in the singles, winning only one of the six matches, resulting in the overall 2-5 loss.

Emery took her opponent to three sets in the No. 1 singles. After losing the first 5-7, she came back to take the second set, 6-4, and continued her momentum into the third where she earned the victory, 10-5. Diaz, Torres and junior Madison Swaney all struggled in their singles matches, losing each of their matches 0-6, 1-6.

The Eagles (2-4) will hit the Biola Tennis Center courts on Tuesday, Feb. 18 at 2 p.m. to take on California State University, Los Angeles.