The men’s and women’s tennis teams both faced defeat in tough losses to the Golden Eagles. 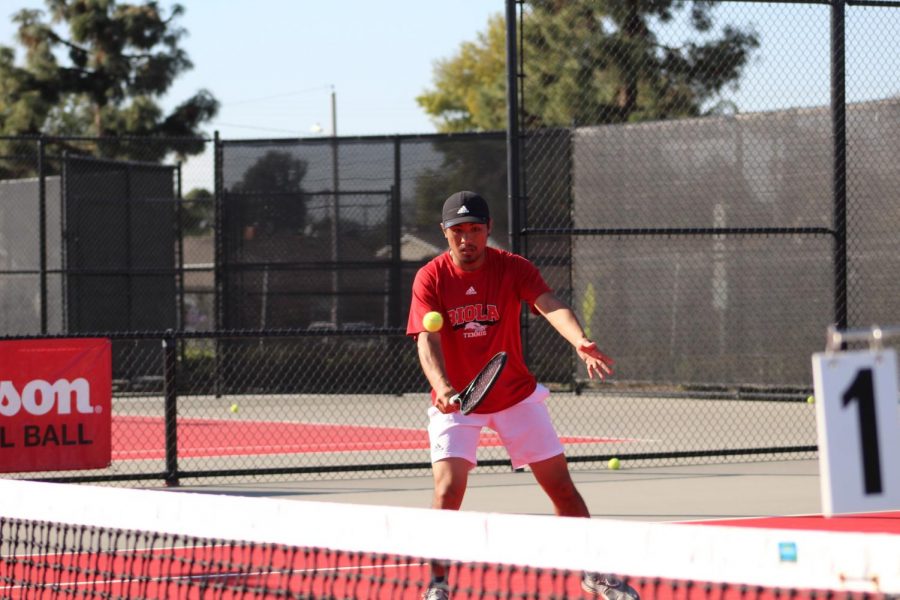 Biola tennis took to Irvine, California on Thursday evening where both the men and women faced a strong Concordia University Irvine team. The men kept the overall score close by winning all three of the doubles matches, but fell to the feet of their victors in the singles matches, where they were outplayed 4-2. The women found more struggles than the men, only winning one doubles match and two singles.
TROUBLED TIMES
The men’s team steamrolled through the doubles matches. Sophomore Andres Meneses and junior Logan Blair led the way for BU, finishing first and beating the Golden Eagles 6-4. Sophomore Alexei Prokopchuk and senior Edwyn Ramos fought in a tighter matchup, but came out on top 7-5. Senior Derek James and junior Quentin Lau squeaked by with the final doubles victory at 7-6.

However, Biola’s commanding start did not translate into the singles matches. Prokopchuk and James were the only two Eagles who came out on top. Their efforts were not enough to collectively take down CUI, losing 3-4.

The power pair senior Allison Torres and sophomore Ines Diaz brought BU their only win of the day in the women’s doubles matches, where they beat CUI 6-2. Junior Madison Swaney and freshman Colbeyshae Emery were the only two Eagles to win their singles matches after two rounds. The rest of the lady Eagles were taken easily by CUI, resulting in the tough 2-5 loss.

Women’s tennis will hit the courts in Fresno, California on Saturday Feb. 15 at 3:45 p.m. against Fresno Pacific University. Men’s Tennis (2-3) will look to snap their three-game losing streak on Friday, Feb. 21 at 2 p.m. when they will travel to The University of Redlands.